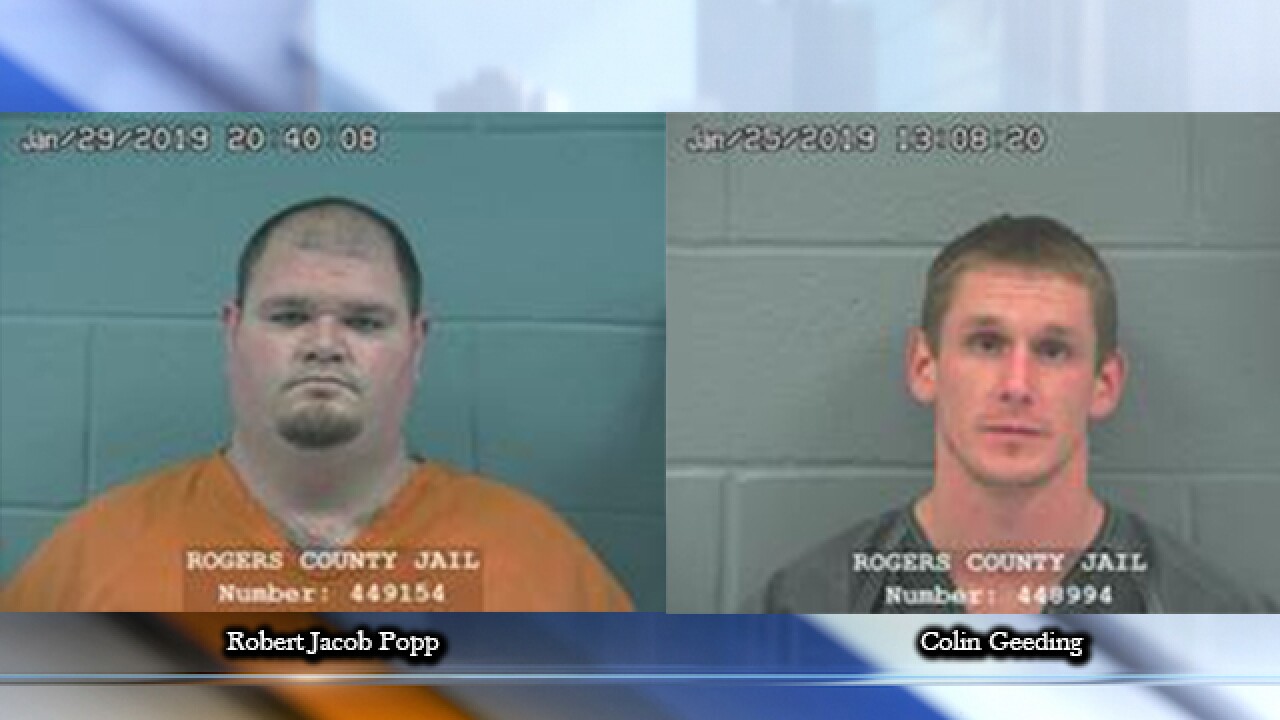 NOWATA COUNTY — The Nowata County Sheriff's Office announced on Facebook that they have arrested two of their own just five days apart.

Tulsa Police Bomb Squad was called out to Geeding's residence, but found out the devices were actually modified fireworks, officials said.

On Wednesday, officials said they arrested deputy Robert Jacob Popp after an investigation into "irregularities" being discovered on their monthly fuel bill.

Officials said during a search warrant on Popp's residence they found methamphetamine.

After Popp's arrest, NCSO officials wanted to assure that "there is no place in law enforcement for favoritism" and they will continue to do their "best to ensure the Nowata County Sherriff’s Office is a professional, effective, ethical and respected member of the law enforcement community and one the citizens of Nowata County can take pride in."

Officials said they won't condone illegal activity whether it's from a citizen or an employee.