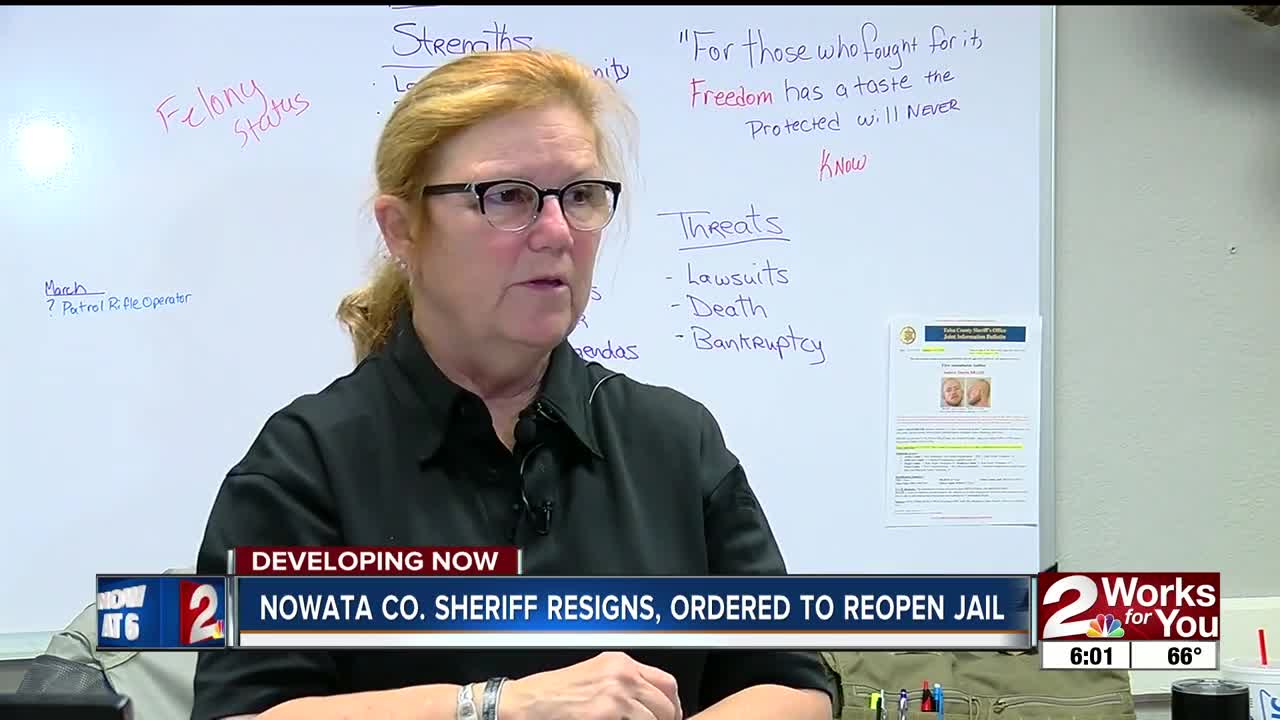 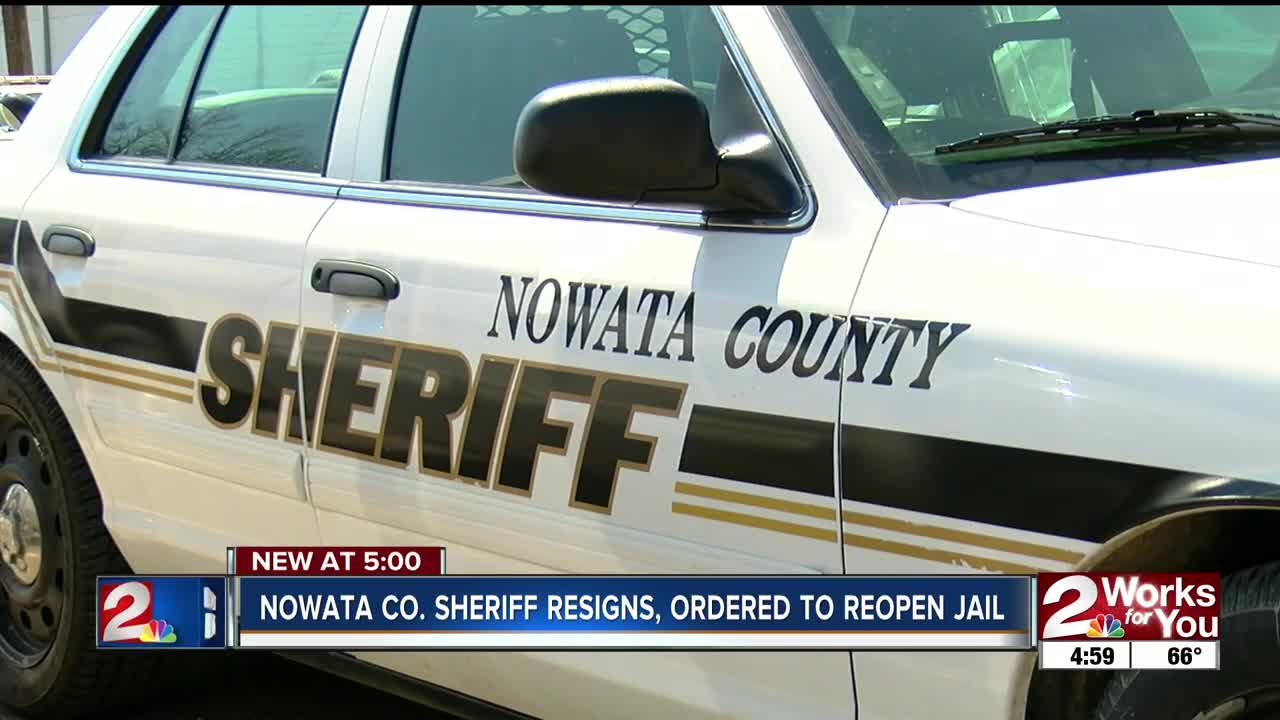 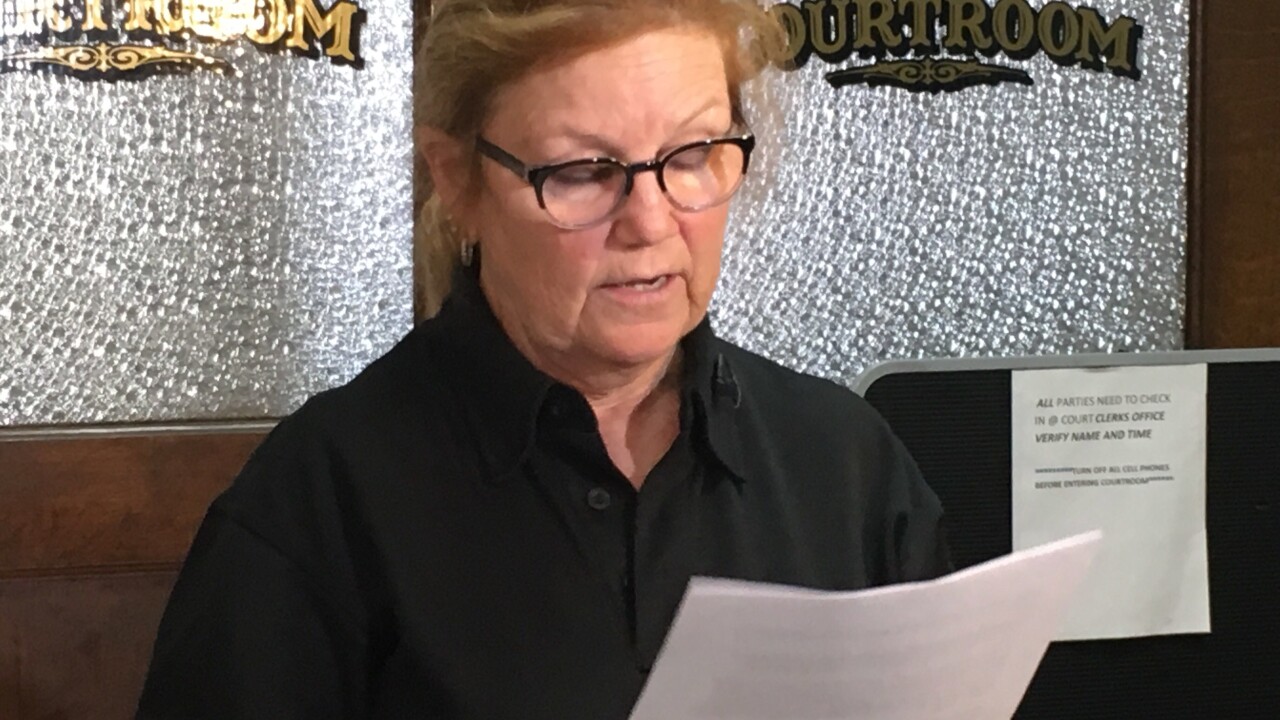 NOWATA, Okla. — The Nowata County Sheriff and most of her office resigned Monday.

The sheriff said she in good conscience cannot do what the judge has asked.

The Nowata County Sheriff, Undersheriff, chief dispatcher and multiple deputies resigned Monday, after refusing a judge's orders to bring inmates back to the Nowata County Jail.

The inmates have been housed in Washington County since the carbon monoxide incident at the end of February.

"When I was elected, I said I would do the right thing," said Sheriff Terry Sue Barnett. "I was hopeful to see change in Nowata County but now I see without support it is only continuing to create a dangerous situation."

Barnett said the jail isn't safe for inmates or employees.

"When the inmates would shower, if you touched metal you could be shocked," said Barnett. "We had that fixed. It's my understanding that electricity is not holding up. It's back down again. These inmates have access to electrical outlets where they stick pencils and things in it."

"We've still got the issues down there," said Nowata County Undersheriff Mark Kirschner. "The black mold. I'm currently being seen for black mold issues. There's an open case on it for workers compensation but he's determining it's safe."

Kirschner said the cause of the carbon monoxide incident still hasn't been determined. He's worried it could happen again.

"How am I in good conscience supposed to put people back in there that I could potentially be putting in there to die?" said Kirschner.

Kirschner said they're spending $17,000 a month to keep the jail open. He said they could use that money to house 21 people somewhere else.

"The judge feels, and I don't know where he's getting his statistical data on the financial stuff, but he feels we're going broke by doing this, when in reality, it's cheaper," Kirschner said.

The judge ordered the sheriff and undersheriff back to court Tuesday morning. If they refuse to follow his orders, the judge said he could take further action.

The sheriff said she's seeking legal counsel on what to do next.