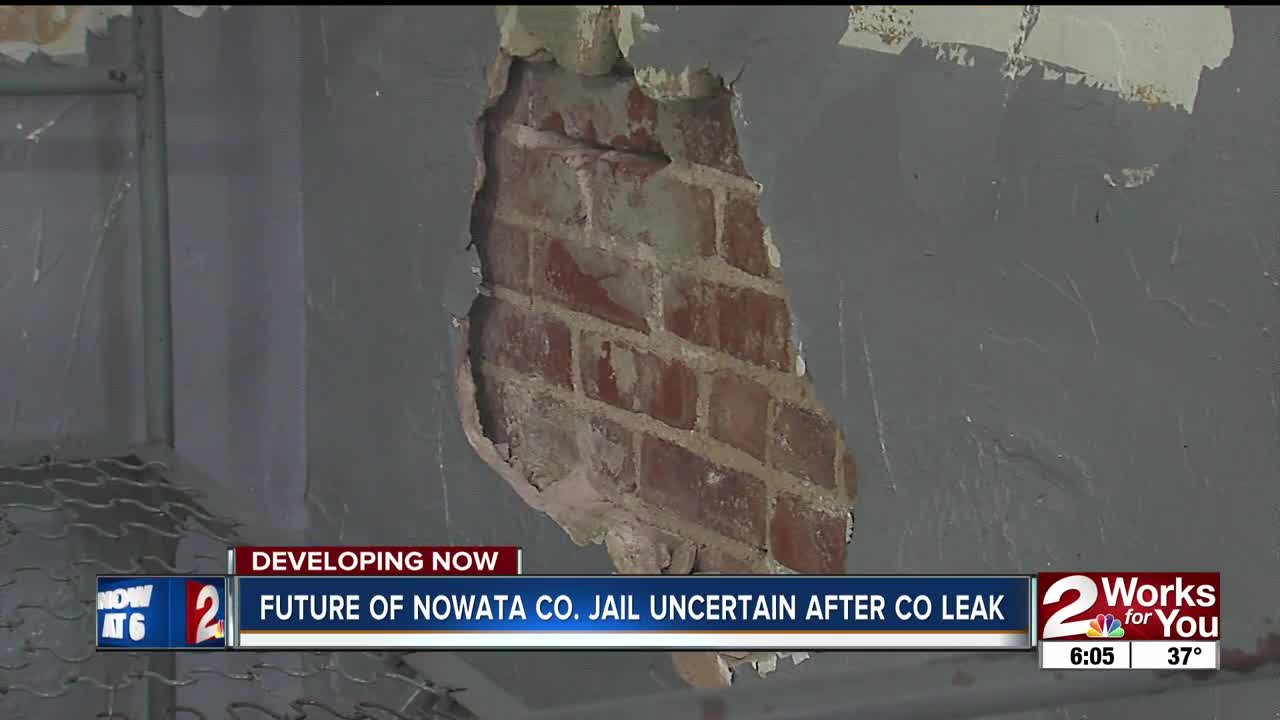 NOWATA, OK (KJRH) — After a Carbon Monoxide leak forced the evacuation of employees and more than a dozen inmates inside the Nowata County Jail, officials are now questioning if the jail will ever be used again.

Officials say Nowata County's Sheriff Terry Sue Barnett is trying to figure out if it would make sense to pay to re-open the jail, or rather just relocate inmates to other counties.

"I feel like it needs to be closed," LaRue said. "There comes a point where you can only draw the line in dumping so much money into something, and then it's time. It's just like an old used car; when it's shot and gone, it's time to move on."

For now, he says it's uncertain if, or when, inmates will be transferred back. Inmate Rigo Arredondo was taken back the next morning, March 1, for his court appearance, and was released later in the day.

"I'm sure glad to be breathing, that's for sure," Arredondo said reflecting on the night and being transferred to Bartlesville. Arredondo was only staying in the jail for one night, and it just happened to be the night of the leak.

LaRue says the jail is more than 100 years old. In early February, Sheriff Terry Sue Barnett began looking at ways to pay for a new jail. That included an assessment, which found the jail was not up to modern standards.