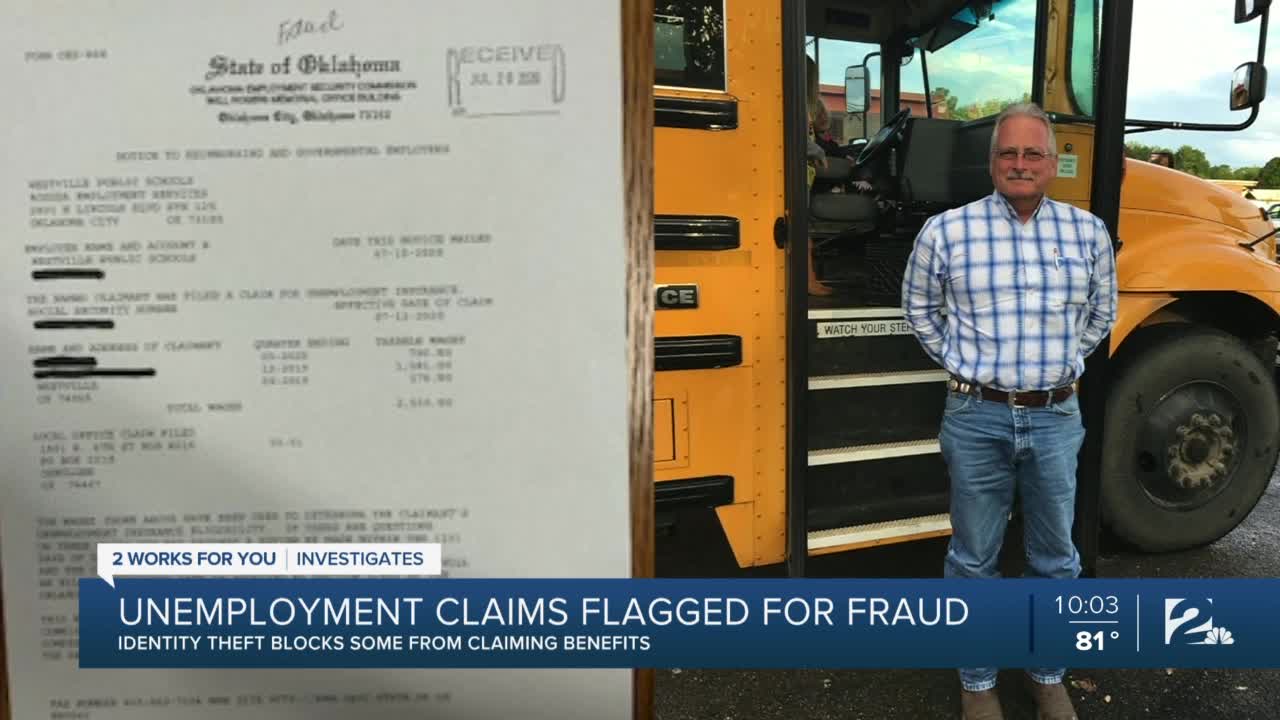 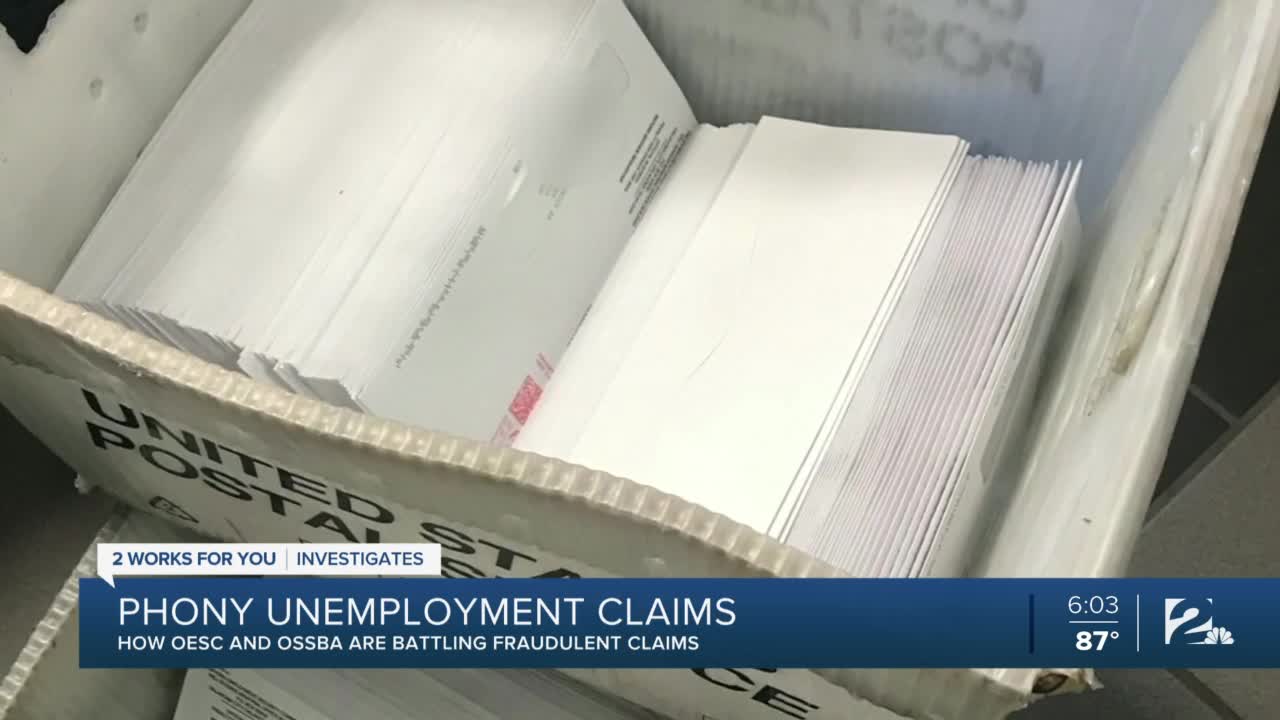 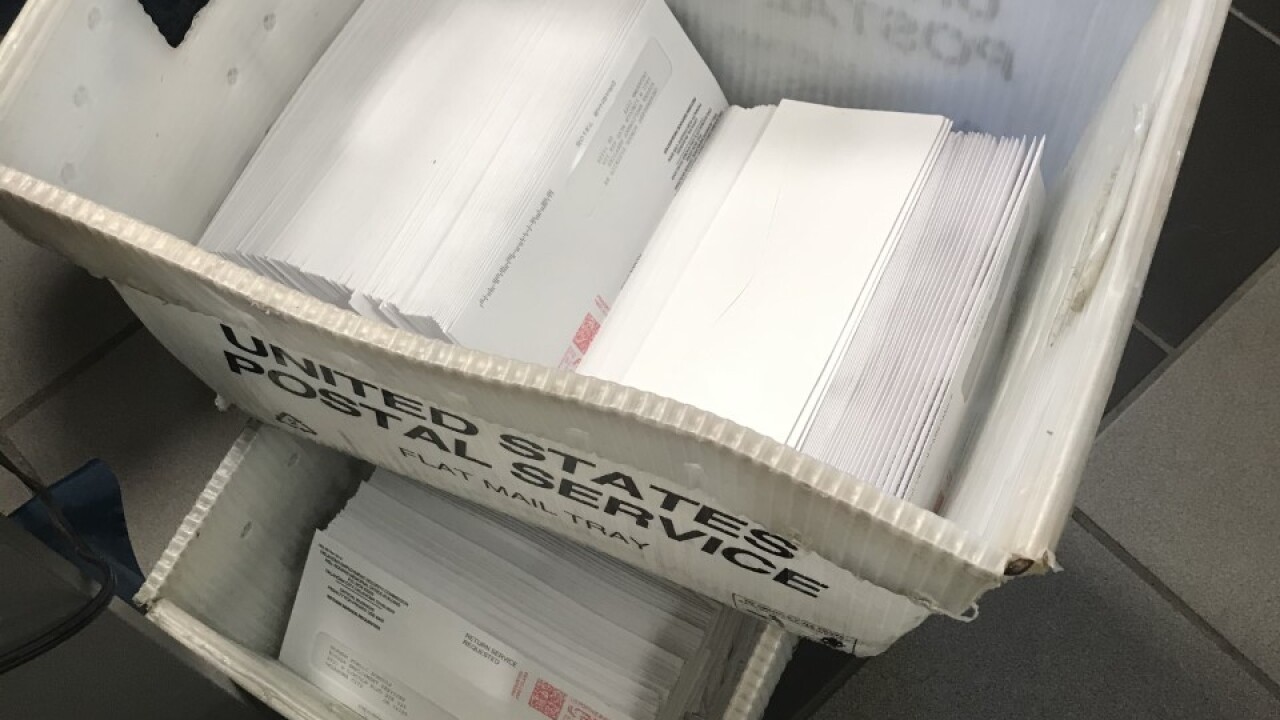 Since the start of the pandemic, fake unemployment claims flooded the Oklahoma Employment Security Commission's system.

The agency told 2 Works for You investigators identified at least 100,000 phony claims so far. In order to combat bogus claims, the OESC is getting ready to add a new layer of security to ensure the person filing a claim is entitled to it.

Interim Director of the Oklahoma Employment Security Commission Shelley Zumwalt said, "It will require someone to have a picture ID, and a selfie, and this double authentication verification so that... I can't pretend like I'm you, just because I have your information. And so I think that's really important and that'll go into full launch next month.”

The new system requires people filing claims to verify their identity using this method within a set amount of time.

Overseas crime rings are under investigation by the Secret Service for an increase of phony unemployment claims in Oklahoma, according to Brandon Carey. Carey is an attorney at the Oklahoma State School Boards Association, who handled unemployment claims for hundreds of school districts across Oklahoma.

A 2 Works for You investigation found thousands of claims worth millions of dollars used names and social security numbers of past and present school employees harvested from data breaches.

“We believe most of that data was harvested in some of the major data breaches to places like Equifax and Target," Carey said.

Terry Huestis, the superintendent of Westville Public Schools in Adair County, said, “We've had like 90 fraudulent claims, out of 175 employees.”

Westville is just one of 385 districts that handle claims through the OSSBA.

Carey said, "I would say at one point, nearly 90 percent of the claims we were receiving were fraudulent.”

The fake unemployment claims flooded in as schools shut down due to the coronavirus pandemic.

“We were receiving anywhere from 800 to 1,200 pieces of mail a day," Carey said. “Most of which were fraudulent claims.”

According to Carey, several of the phony claims used the real names and social security number of school employees past and present. In all, he said they've received around 12,000 fraudulent claims.

To keep from potentially paying out on fake claims, the Oklahoma Employment Security Commission changed how it handled those claims.

Zumwalt said, "We put a blanket stop on anything that goes through their system.”

Now before OESC pays claims related to school employees, it has the OSSBA verify with school districts to make sure the unemployment claims are real.

“One reason the OESC takes these fraudulent claims so seriously is because it costs school districts a lot of money,” Carey said.

When the real person tries to file for benefits, the flag on the account prevents them from accessing what they're owed.

It happened to Steve Weaver.

“Whoever's doing these fraudulent claims on that computers and internet. It seems like they're never punished,” Weaver said. “The victims like myself, I've been punished for two months now."

When the pandemic hit it forced the district to cut some jobs.

Weaver said, “In May, they told us at school that the non-essential people would not be rehired.”

When Weaver filed for unemployment he got an unwelcome surprise.

“They told me that my name and social security number, had filed a claim. And it was fraudulent,” Weaver said.

Someone stole his identity and already filed an unemployment claim on his account. For two months, Weaver could not claim his benefits to pay his bills.

“If it wasn't for the Cherokee Nation and the food bank doing all these food handouts it would be tough,” he said.

Until an OESC investigation proves a victim of identity theft is the real person entitled to the benefits, the claim is placed on hold.

Weaver, and others with accounts flagged for fraud, feels they are left in limbo waiting for weeks for their claims to be cleared up and paid.

“That's crazy,” said Weaver’s former boss at Westville Public Schools, Superintendent Terry Huestis. “That just does not make sense to me. Because they shouldn't have to do that because he's legit... we would say yes, that's a right claim they should start paying him immediately.”

Zumwalt said, “When I got to the agency, that whole process was taking up to 12 weeks. And the reason why that was happening is our credit card vendor then, had to recover the fraudulent funds, because we couldn't issue payment on an account that was marked fraudulent... obviously 12 weeks is way too long. That's, ridiculous. And since I've been here, we've gotten that process down to two or three days.”

But Weaver's claim didn't get fixed in two or three days. After two months of not getting help by calling OESC, he called 2 Works For You.

We contacted OESC, and it took the agency two days to verify he's the real Steve Weaver, and tell him he should have all his back claims paid by early next week.

Interested in finding out what you should do if someone uses your name or social security number to claim benefits?