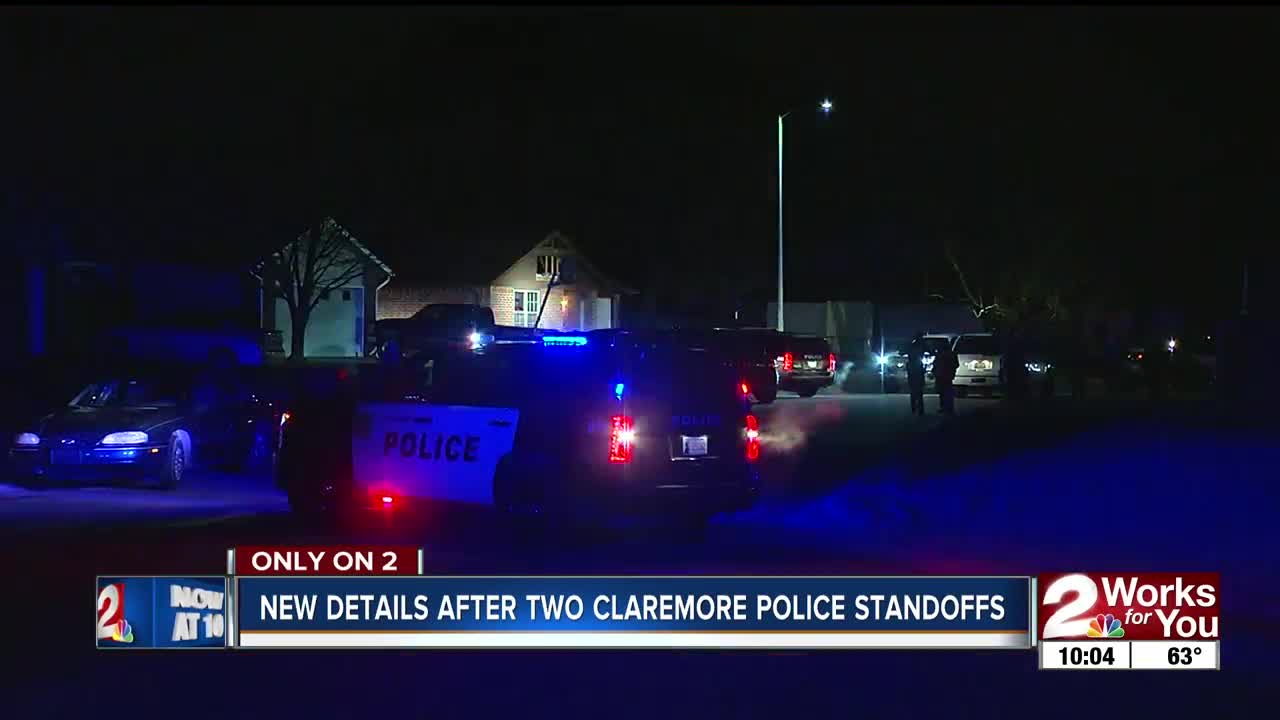 CLAREMORE — The Claremore police department is going deeper into the investigation after last week's double standoff with John Good, who was wanted on two felony charges.

We’re now finding out that John Good’s mother is under investigation and potentially facing charges of harboring a fugitive during the second stand off last week.

"We had credible witnesses that said that he was willing to do suicide by cop so we’re trying to protect him as well so that’s what took us so long to slowly progress through those steps so we can get him out peacefully so we didn’t have to cause any harm," said Officer Brian Burnett, Public Information Officer of the Claremore police department.

Before he came out around 10 p.m. on Thursday, police officers used an ax to try to gain access into the home.

"They kicked the door and it looks like they took an ax or something there and this is something that they did also," said Cindy Coats, John Good's mother.

When that didn’t work, officers shot pepper balls into the home trying to get Good to come out.

"We have to put masks on to walk in the house, it’s that bad still," said Coats.

Coats says she's distraught over the damage to her home, which she's been working to pay off for nearly a decade.

"I’ve lived here for almost ten years and this is my home," said Coats.

Police say if her son would’ve come out in the first place, they wouldn’t have to use the escalated methods of force.

"She chose not to contact us to let us know he was there, we could’ve saved a lot of people some grief in the neighborhood," said Officer Burnett.

The Housing Authority of the Cherokee Nation confirmed that they do own the home. They tell us they’ve been working closely with police and the family to ensure safety for all parties.