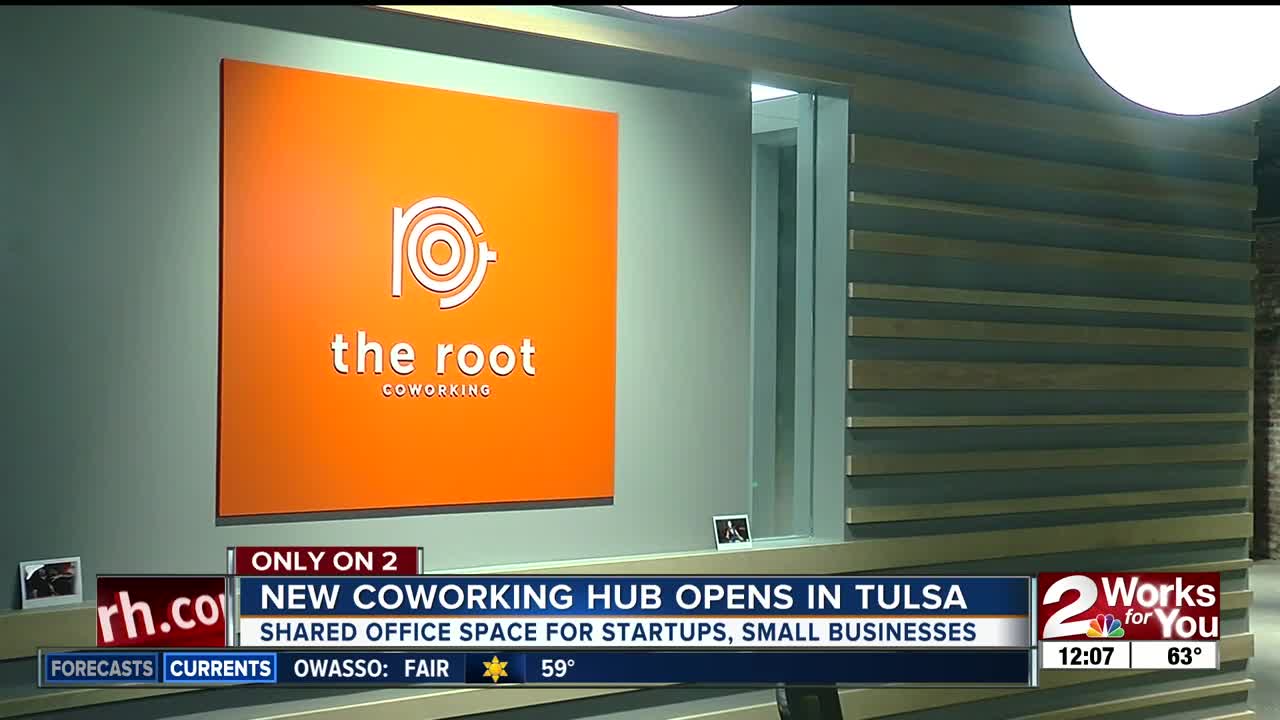 A new coworking space opened in downtown Tulsa last month, and it's already attracting many young professionals. 2 Works for You's Gitzel Puente explains what coworking hubs are and what attracts people to this type of work. 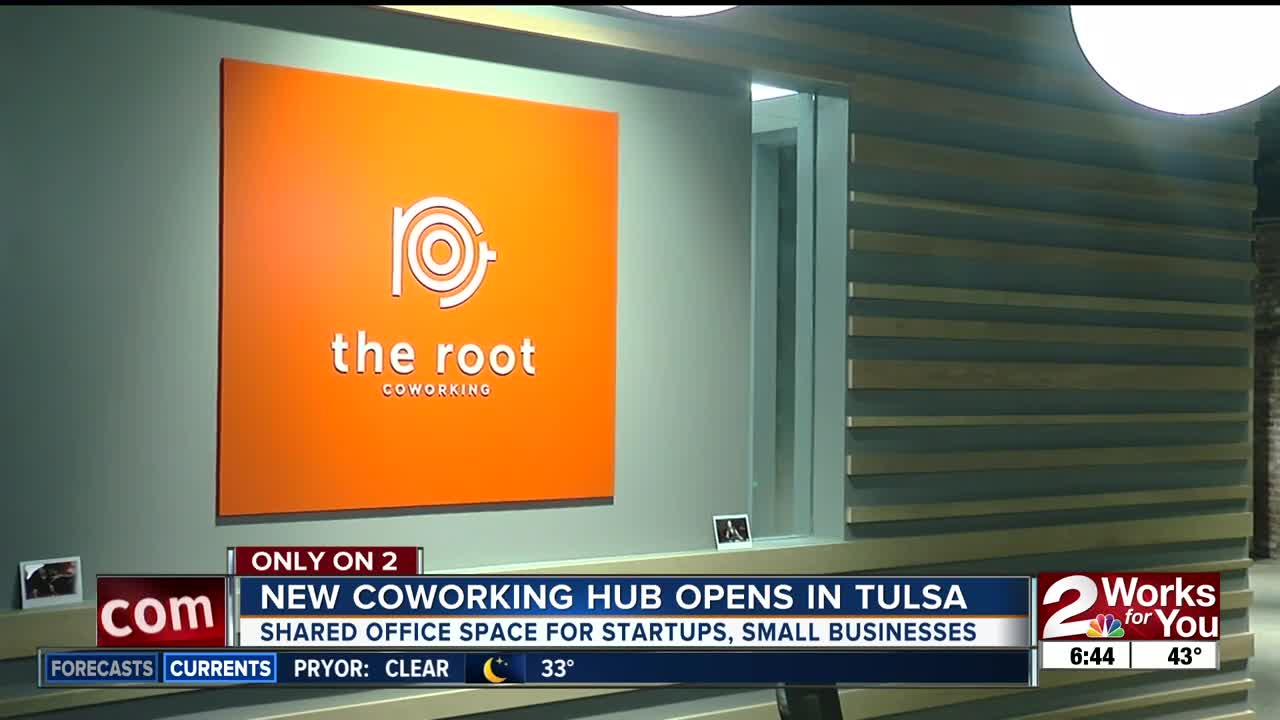 TULSA, Okla. — The Root Coworking opened its doors in downtown Tulsa on October 1, and it's already seeing a high demand for their small private offices.

"I think the future of how people office is shifting to co-working," says Ben Von Drehle, co-founder and CEO of the coworking space.

He's a Tulsa Native who recently moved from Denver, where he worked in real estate and saw the growth of coworking hubs.

"You see markets like that Denver and San Francisco, Seattle that have coworking spaces in every corner," says Von Drehle.

He wanted to open his own space to give professionals a chance to succeed in Tulsa.

At The Root, you can rent a shared office space and private offices to work in a collaborative environment.

"We're a shared office for entrepreneurs, startups, small businesses, even people who work remotely out of their house of local coffee shop," explains Von Drehle.

Coworking spaces are not a new concept in Tulsa, but there has been a recent interest in this way of work.

36 Degrees North, which opened in January of 2016 by the George Kaiser Family Foundation, now has two hubs in which professionals share a space. The Bridge also offers similar functions.

This year Tulsa ranked one of the top 25 cities to start a business based on cost of living, access to resources and the business environment, according to WalletHub.

It's no surprise then that what attracts some of the startups and entrepreneurs to set up shop in Tulsa is the low cost of living and affordability of office space.

"I started a company with one of my friend consultants, and we have a small office in this space," says Jeffrey Metcalf, a new member at The Root.

He says it has allowed his marketing company to increase in their productivity and growth. One of the biggest perks of coworking, he says, is the networking aspect of it.

"There are always providing events or little group get-togethers and things that not necessarily force you, but allow you to interact with other members, other businesses," shares Metcalf.

It is not only in Tulsa where this is a growing trend but across the country.

The ten cities with the most rapid growths between 2016 to 2018 were Dallas, Raleigh-Durham, Boston, Seattle, Minneapolis, Portland, Denver, San Francisco, Manhattan and Atlanta. The data was collected by Colliers International for their "U.S. Flexible Workspace and Coworking" report in 2019.

Von Drehle hopes that more people are aware that coworking spaces like his exist in order to continue building relationships and strong networks in Tulsa.

"We want to introduce our members to other members and have them work together and help each other grow their businesses," says Von Drehle.