Neighbors returning home after evacuations near 21st and Memorial 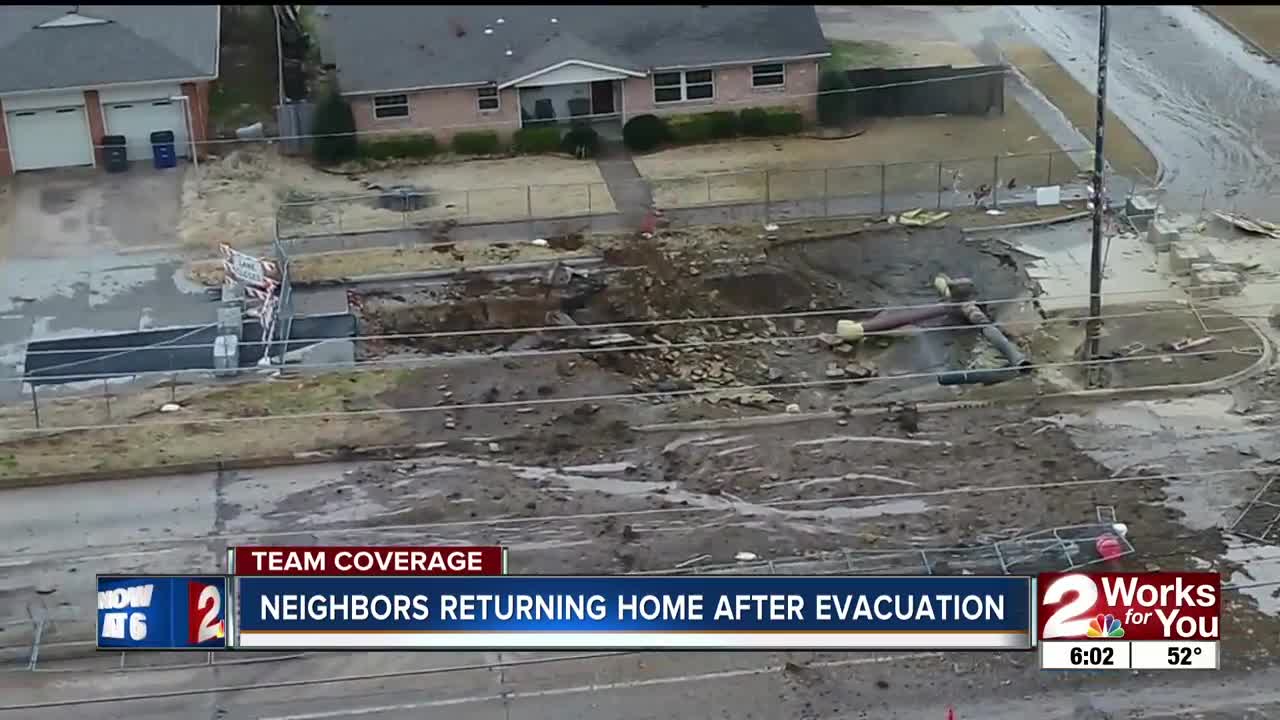 TULSA, OK (KJRH) — Neighbors have settled back in just one night after a gas line rupture near 21st and Memorial in Tulsa. The rupture on Jan. 31 forced evacuations in a two-block radius around Memorial.

Neighbors who returned home came back to no power or heat, though power was restored later in the evening. Crews worked on the gas line all night and day, and even got gas restored to some homes the night of the accident.

Both gas and electricity were cut off for homes, businesses, and nearby nursing homes. Some nearby businesses weren’t able to open at all on Friday, and many more had to open up without any heat.

Nearby nursing homes Leisure Village, The Broadmoor and Heatheridge had to be evacuated. Officials with MGM Healthcare, the parent company that owns all three, say staff followed emergency protocol effectively and efficiently, sending dozens of residents either home with families or to sister locations.

David Teegarden's brother lives at The Broadmoor. Teegarden was called to pick up his brother around 7 p.m. on Thursday, but after finally getting to the front lobby, his brother was able to stay the night as power was restored.

“It was a mess, because I’m letting the ambulances in while more of them were coming out,' Teegarden said. "I couldn’t believe it; there were at least 15 or 20 of them.”

An official with the parent company of the local nursing homes says residents who were bused to sister locations were brought back the next morning and throughout the day.