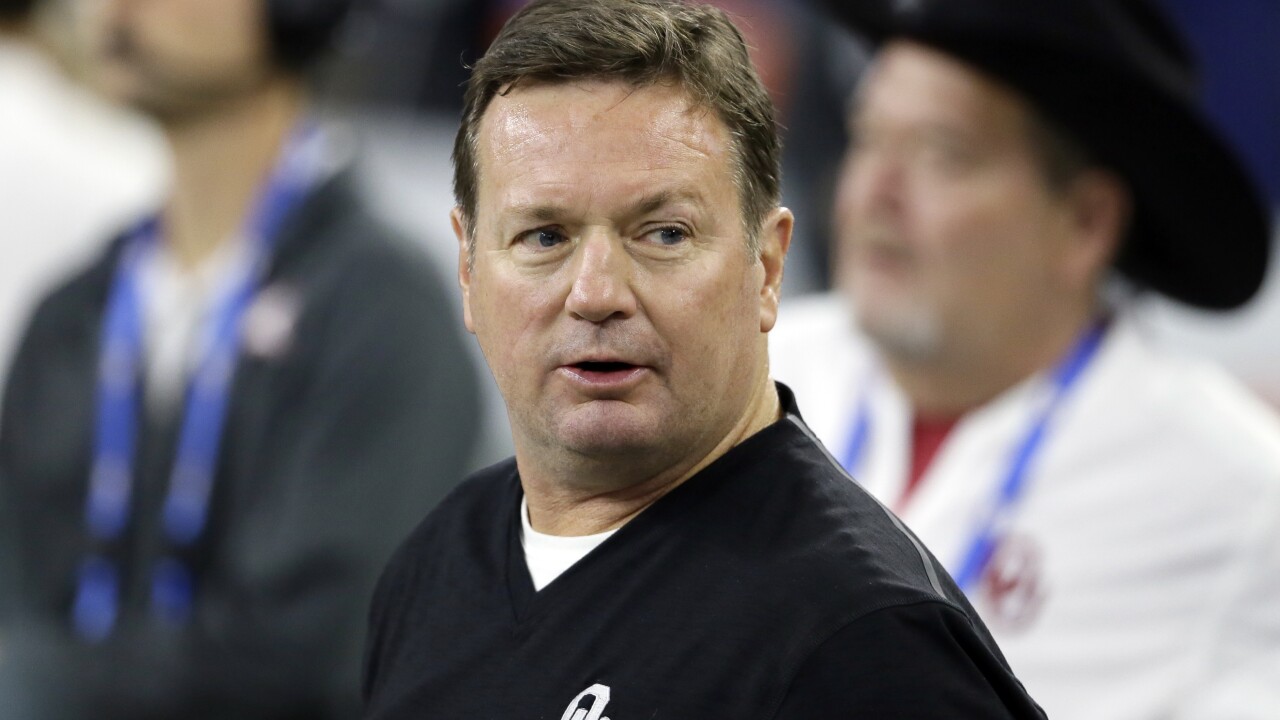 Former University of Oklahoma coach Bob Stoops is expected to be named the coach of the new XFL team in Dallas, according to a report from Pro Football Talk.

The XFL, created by Vince McMahon, is launching in February 2020. There are currently eight teams.

The Dallas team will be headquartered in Arlington, Texas.

Stoops stepped down from his role as the OU coach in 2017 after 18 seasons with the team.

The Pro Football Talk report says that on Thursday, Stoops is expected to be named the coach/general manager of the franchise.