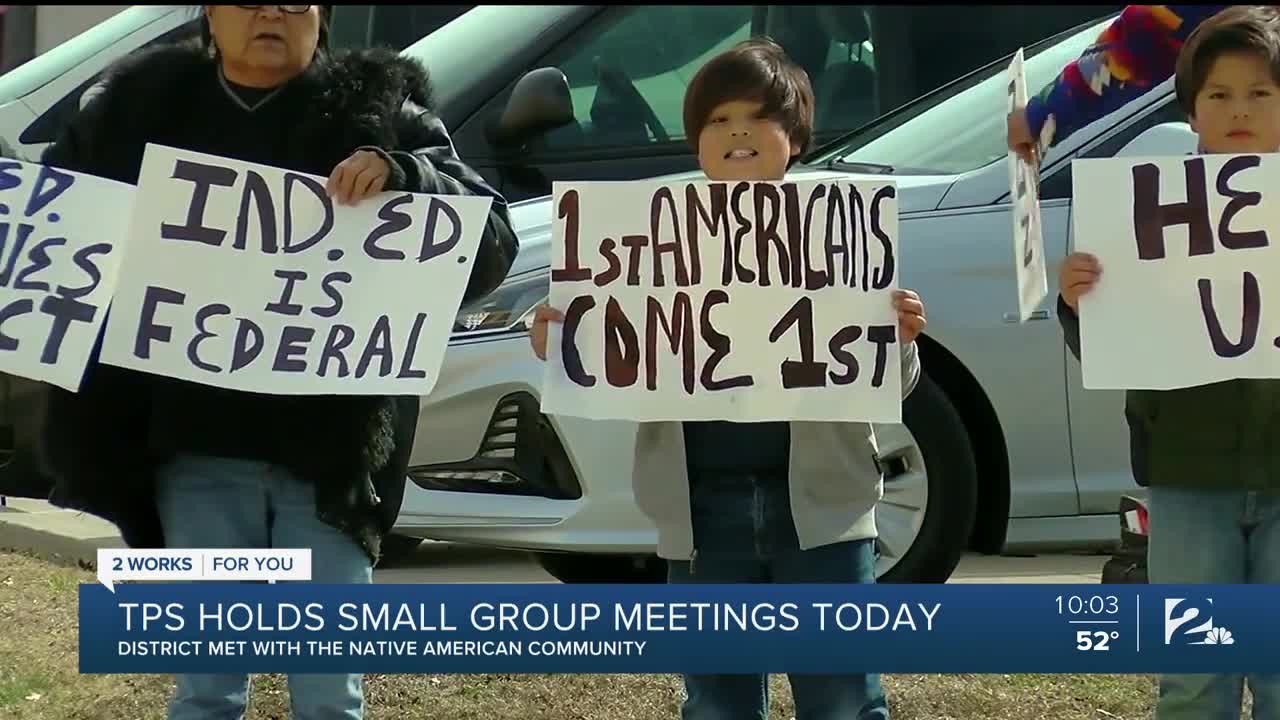 Community meeting held at a school regarding Native American Students. 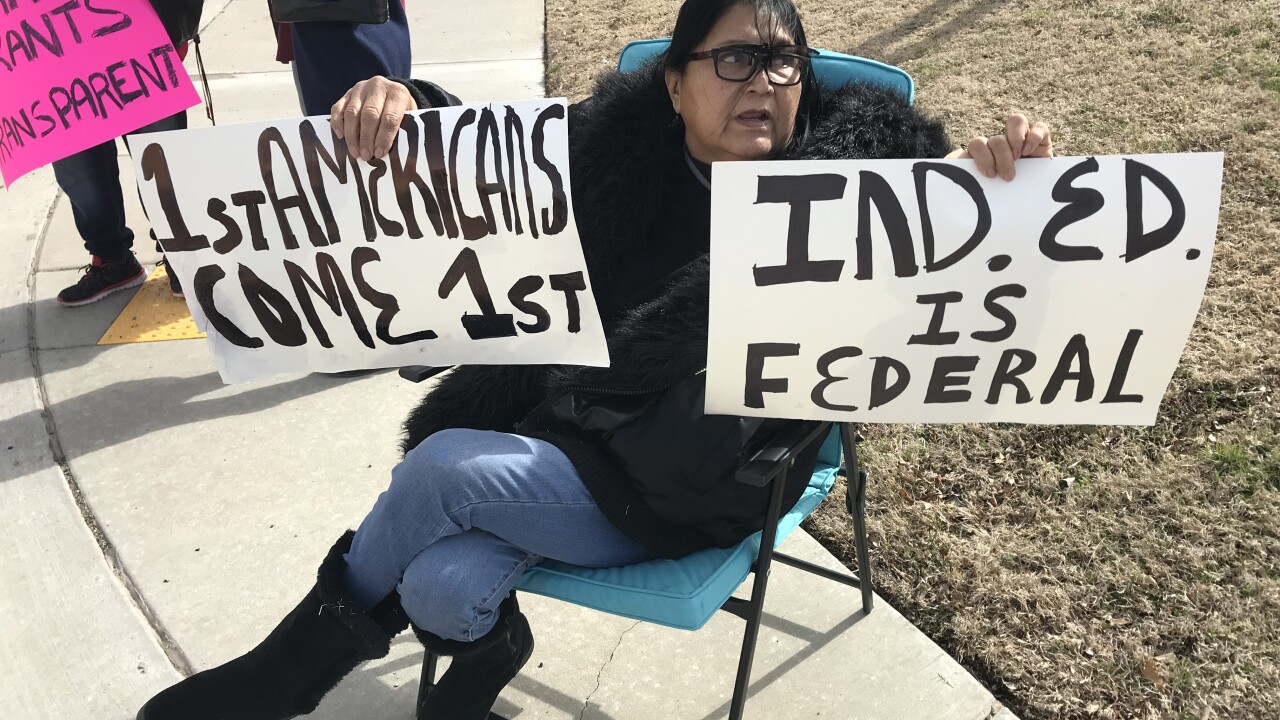 Parents, students, and community members protested outside of the school to fight against some of the decisions discussed during the meeting.

"In the letter they gave us ,they told us it was budgetary," Dr. Jorgensen said. "They directly said it was not performance based."

Dr. Jorgensen argues that all of the Indian educational funding is federal, and says he believes TPS shouldn't be eliminating seven positions, leaving them with three people to handle thousands of students.

"We went through and basically exposed there is not going to be a budget crisis for our program, because our program is completely federally funded," Dr. Jorgensen said.

He says since then, they've seen a change.

"They have now changed their story. They are now, Thursday night Devin Fletcher indicated that it was performance-based," Dr. Jorgensen said.

We reached out to Tulsa Public Schools for comment and they said it was never about performance-based, it has always been about improving services to our Native American students in the district.

Dr. Jorgensen is confused and says he's protesting against these actions.

"They are going to say that it is because we failed to get enough 506's," Jorgensen said. "That's the critical form that you have to have to enroll in the program."

These forms help determine how much federal money Indian Education gets.

"We get about $200 for each one of those forms for Indian students," Jorgensen said. "So, that goes into pay for resource advisors, tutoring, all the cultural and academic things that our department does."

Jorgensen says he has a solution for TPS.

Tulsa Public Schools Superintendent Deborah Gist says this meeting was designed for her and others to listen to the concerns from people like Dr. Jorgensen.

"But also allows us to have a minimum hold onto everything I am hearing from families," Gist said. "I am completely confident we can improve services to our Native American students."

She says TPS is doing what's best for their district, and the students they serve.

"We have notified people in the office who are in their current positions that their positions may be eliminated so that we can implement a new structure that allows us to work within the means we have financially," Gist said.