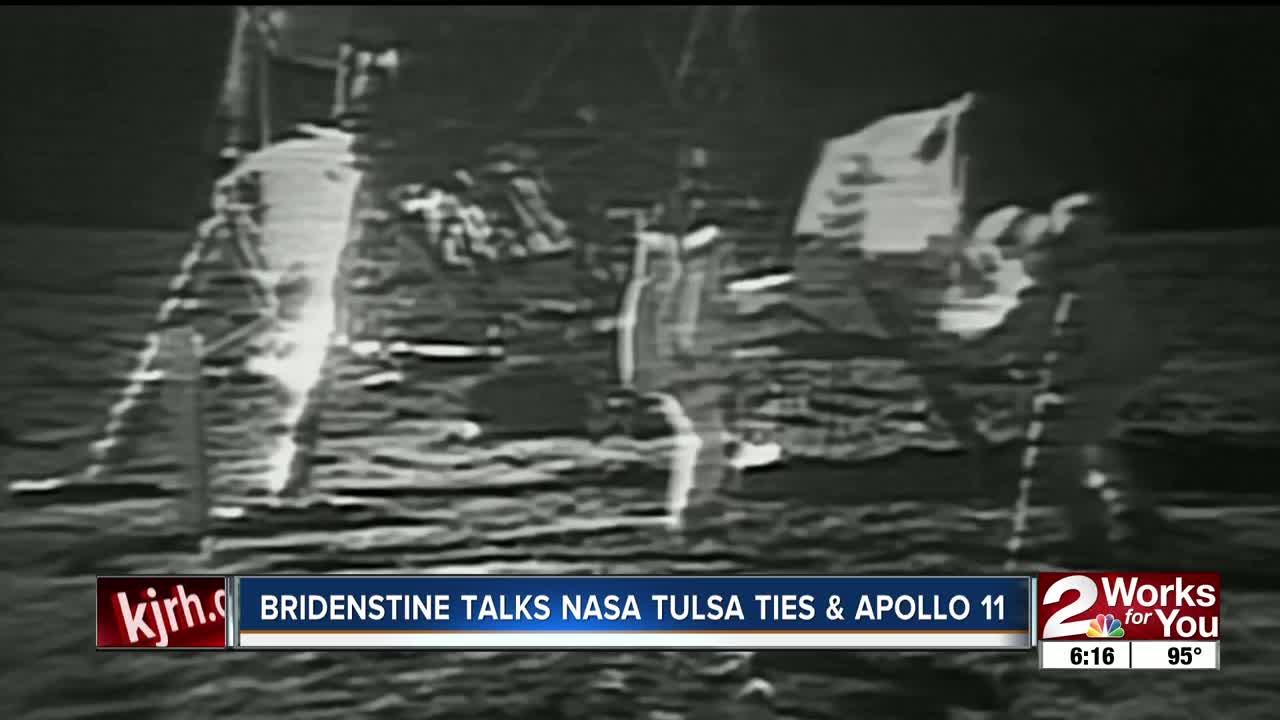 "As the former Executive Director of the Tulsa Air and Space Museum, I imagine that this anniversary is something very special for you. Can you tell me what that's like being a part of this?" asked Conrad.

"Mr. Bridenstine, you're an Oklahoman yourself and of course you know Oklahoma has a rich aerospace history. We know Tulsans played a role in that Apollo mission, so, what can you tell us about how Tulsa contributed to our race to the moon?" asked Conrad.

Tulsa's contributions didn't stop there, Tulsa aerospace manufacturers contributed to the shuttle program, and made components for the International Space Station, among other things.

Those accomplishments laid out at the Tulsa Air and Space Museum that Bridenstine used to oversee.

So, what's next as NASA gears up to head back to the moon?

"The President has said, go sustainably, he has said go with commercial partners, go with international partners, utilize the resources of the moon, but here's the key. He's said he wants to plant an American flag on Mars so ultimately that is the objective," said Bridenstine.

Bridenstine says the timeline for going back to the Moon is 2024. The future trip to Mars is set for sometime in the mid-2030s.