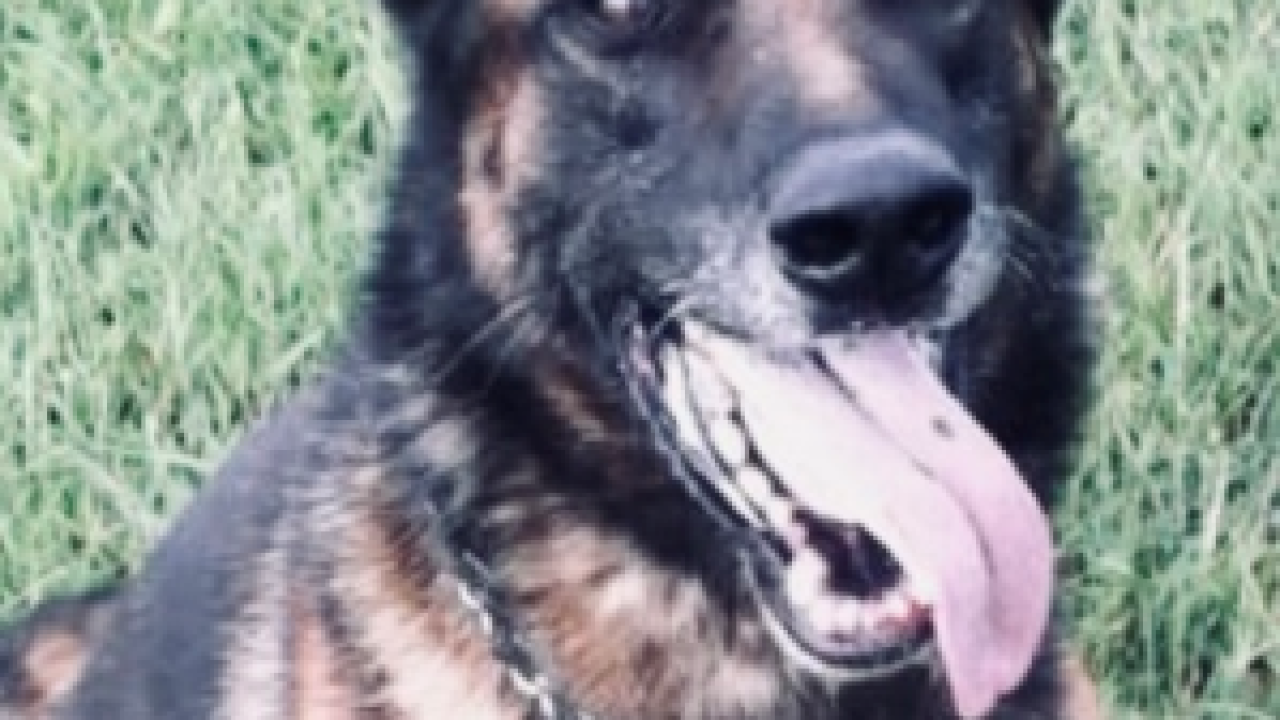 MUSKOGEE, Okla. -- Police brought back home the body of a fallen K9 officer and held a procession to honor him Tuesday.

A group of officers first went to the Animal Emergency Center in midtown Tulsa to pick up the body of Indie, the Muskogee K9 officer that died at the clinic Sunday morning. They placed Indie's body draped in an American flag in the back of a patrol car and returned to Muskogee.

Police then met up with first responders and led a procession with multiple emergency vehicles through town so that they could pay their final respects.

Officer Lincoln Anderson said the loss is felt by the entire police department.

"They're not just a dog to us," Anderson said. "They're part of the family. They're their partner, and they're officers on the street, just like the rest of us."

Once the procession ended, police held a private ceremony to say their goodbyes. They said that Indie will now be cremated, and his ashes will go home with his partner, Lt. William Peters.

Indie served both his community and his country. He came to work with Muskogee police in 2014, but, before that, he spent time in Iraq serving with the U.S Army as a combat tracker.

After surviving years of combat and chasing criminals, Indie died from what the veterinarian believed was a twisted stomach, which is a common problem with dogs his size.