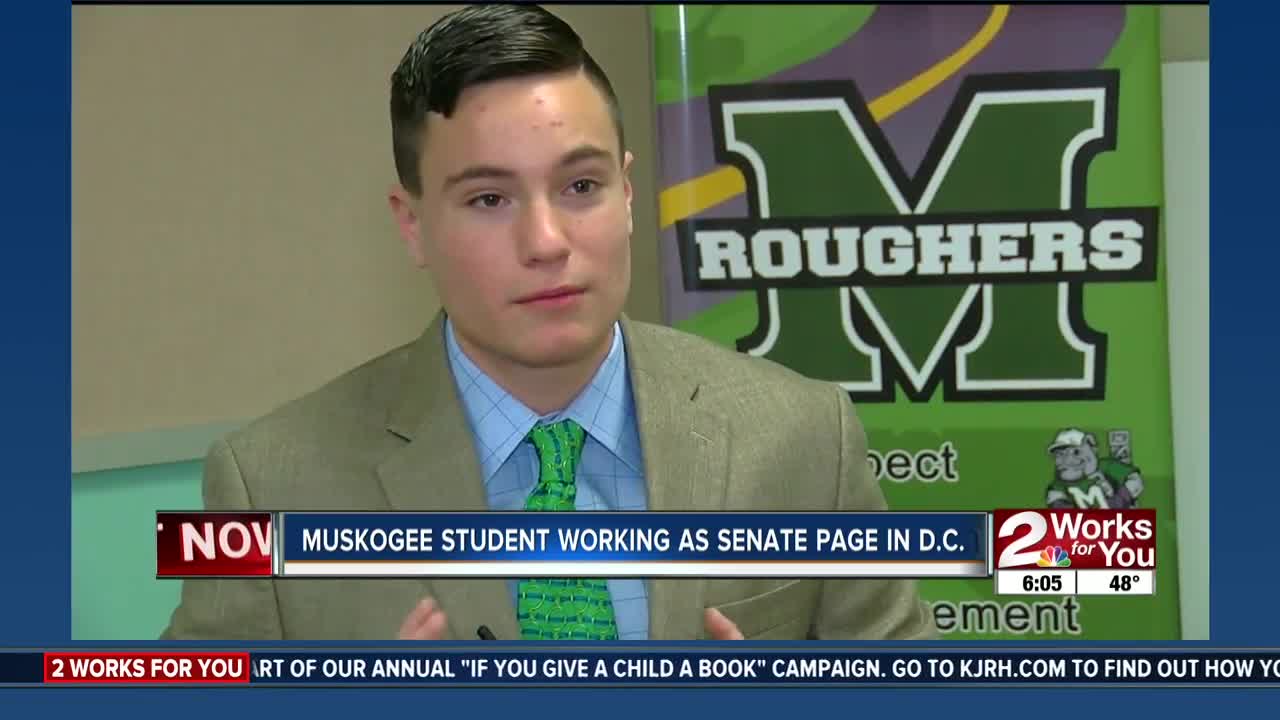 TULSA, Okla. — A Muskogee teenager is one of 30 students from across the country chosen to head to Washington D.C. and learn how our federal government works.

2 Works for You sat down with the only U.S. Senate page representing Oklahoma and shows us how he landed this big opportunity.

"Blake is amazing," Lisa Dotson said. "He is the driving force at our school."

Dotson says she's been teaching Blake since he was a sophomore at Muskogee High School.

"He's always had that passion and motivation to do this," Dotson said. "It's just great see that it's coming true for him."

She says Simmons has always been heavily involved in the school, including class president the last three years, president of the Young Republicans Club and an athletic student ambassador while also serving on other multiple committees.

"He wants to make a difference at Muskogee," Dotson said. "He is involved in student council, and any time we have homecoming, he wants to be a part. He wants to make the most of his four years."

And now, another big step.

"It is would really be my first opportunity to do something nationwide," Simmons said.

He says he is looking forward to everything he'll learn working with Senator Jim Inhofe.

"I will definitely say I am very excited about this opportunity and during a very important time, like during the impeachment trial," Simmons said.

Simmons says his father has always been his motivation.

"My dad has been in public service his whole life when he was in the navy and he's been a policeman ever since," Simmons said. "I guess coming from a family that's second generation military and law enforcement, it's second nature to serve."

Thursday he said his goodbyes.

"I just want to thank my community for the support," Simmons said. "My school has been really supportive of me, especially our superintendent Dr. Mendenhall and our members of the community."