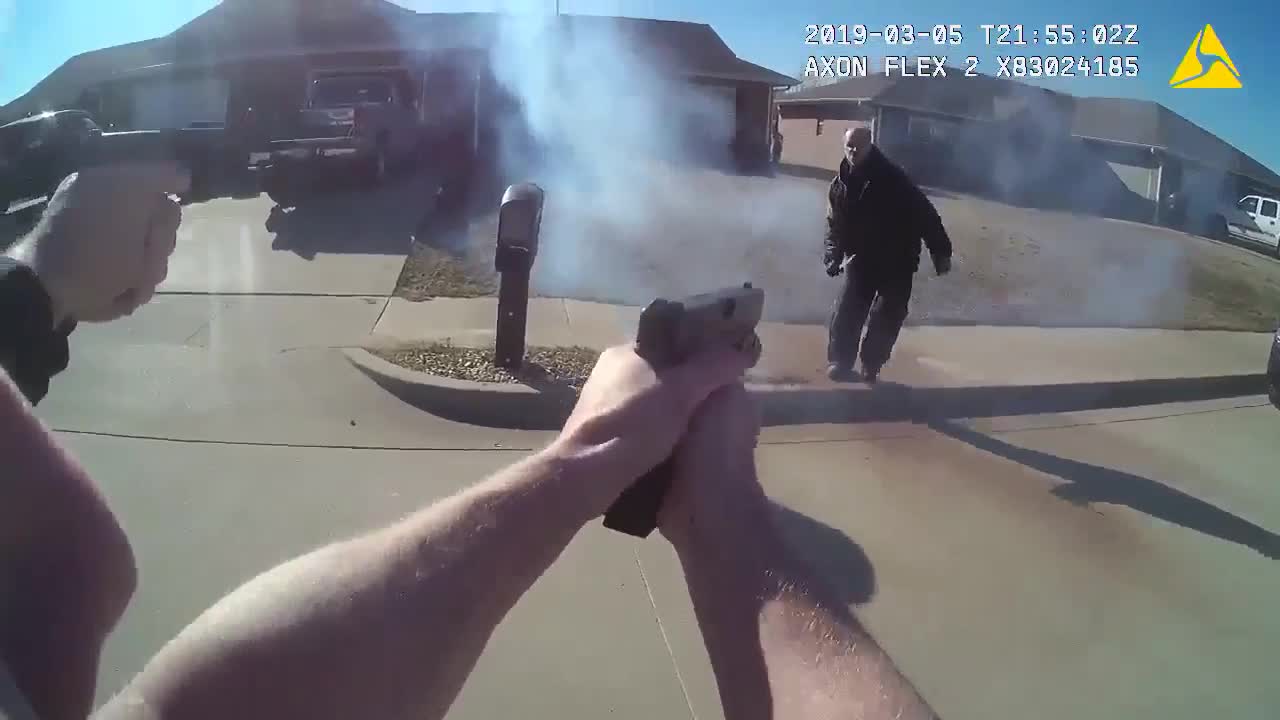 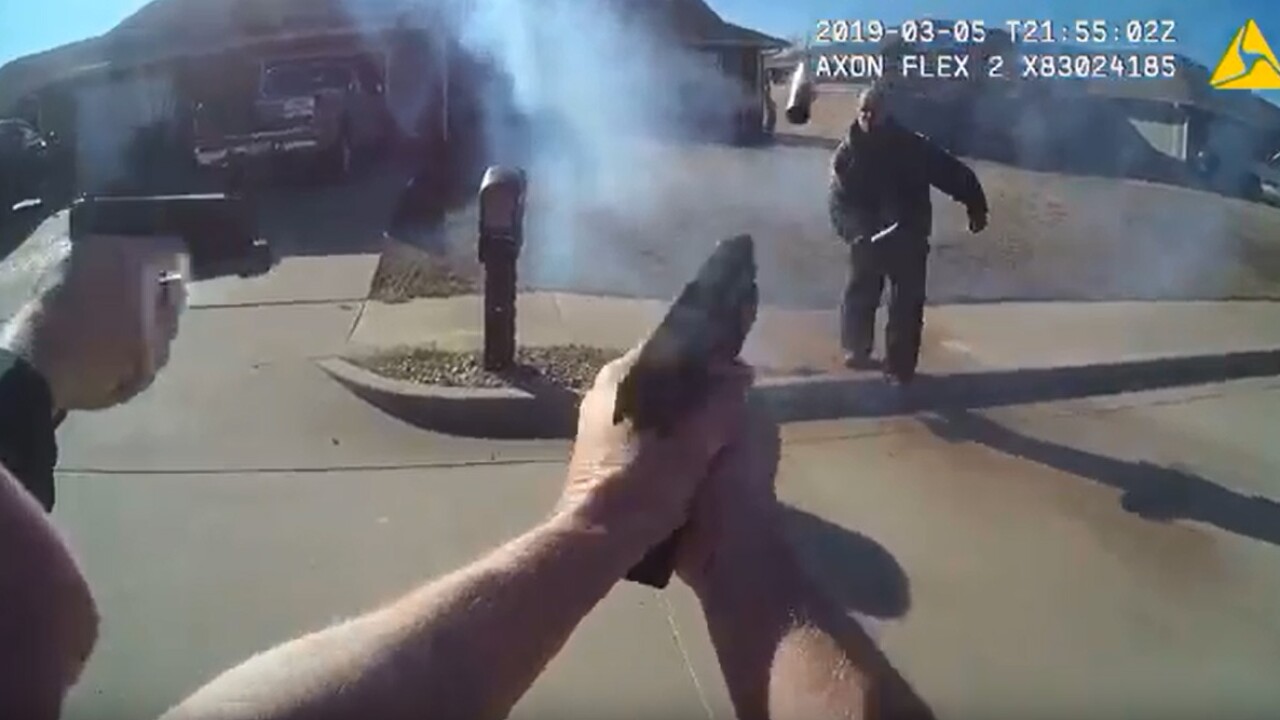 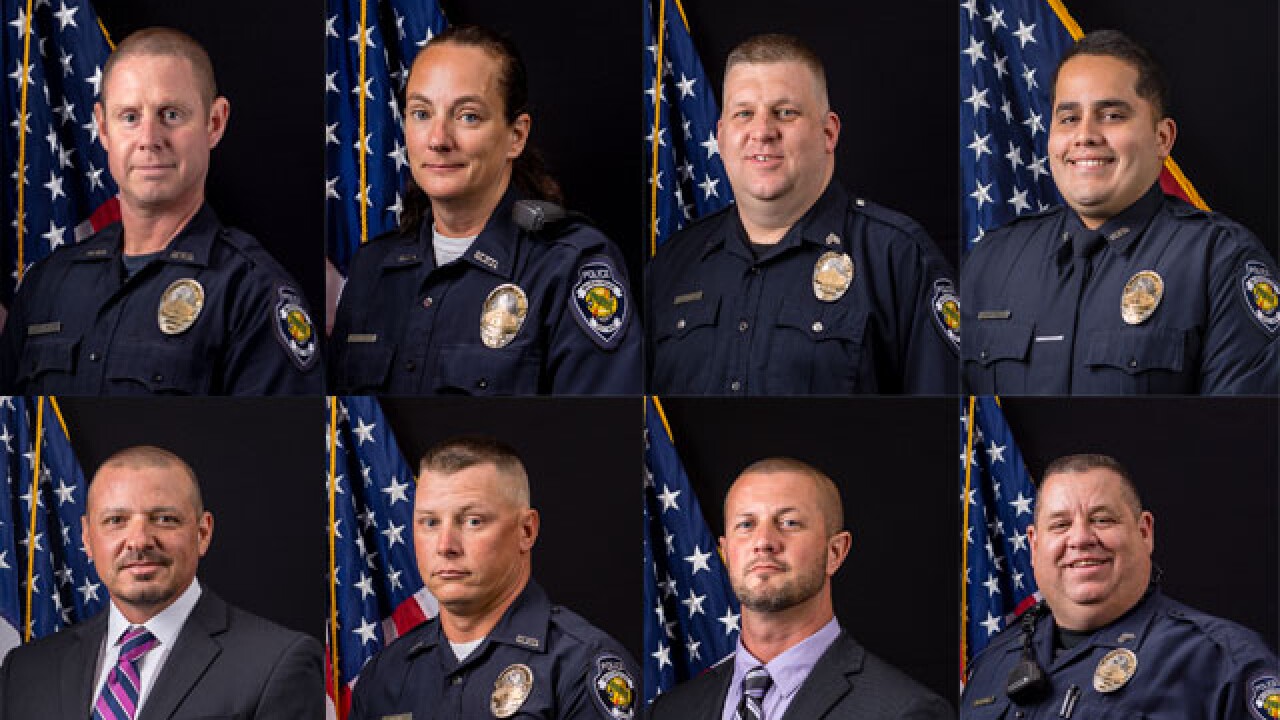 WARNING: THIS VIDEO CONTAINS GRAPHIC SOUNDS AND IMAGES. We stopped the video before the fatal moments.

Muskogee police on Friday released body cam footage showing the tense moments between officers and a stabbing suspect that escalated into officers fatally shooting the man.

At about 3:30 p.m. on Tuesday, Muskogee police officers responded to reports of two women being stabbed in the 1500 block of North 18th. When they arrived, they evacuated victims in an attempt to de-escalate the situation while Danny Brogdon reportedly was armed with a knife.

Dash cameras and body cameras captured officers arriving to the home until after Brogdon was fatally shot. In all, the confrontation with police lasted more than 18 minutes, with one officer asking 122 times for Brogdon to drop his knife. (You can view the final 2 minutes above)

Officers tried various methods of nonlethal force on Brogdon inside and outside the house, but they didn't appear to have much effect on him, according to the video.

Toward the end of the incident, body cam footage shows Brogdon standing in the front yard of the home as officers shouted commands. Officers continued to tell Brogdon to stop walking toward them, which he was doing slowly. They deployed flashbang toward the yard, but it did not deter him from inching forward either, the video shows.

Muskogee Police say Brogdon was suicidal and they believe he was provoking them to commit "suicide by cop."

At one point, with officers pleading with him to stop and "don't do this," Brogdon told officers, "I am ready to die."

Just a few seconds later, he stepped off the curb while holding a knife and seemingly lunged in the direction of officers, who were backed up against vehicles in the street with nowhere else to go.

Multiple shots rang out at once, and Brogdon fell to the street, the video shows.

A news conference was held on Friday afternoon and Anderson discussed the incident, which you can watch below.