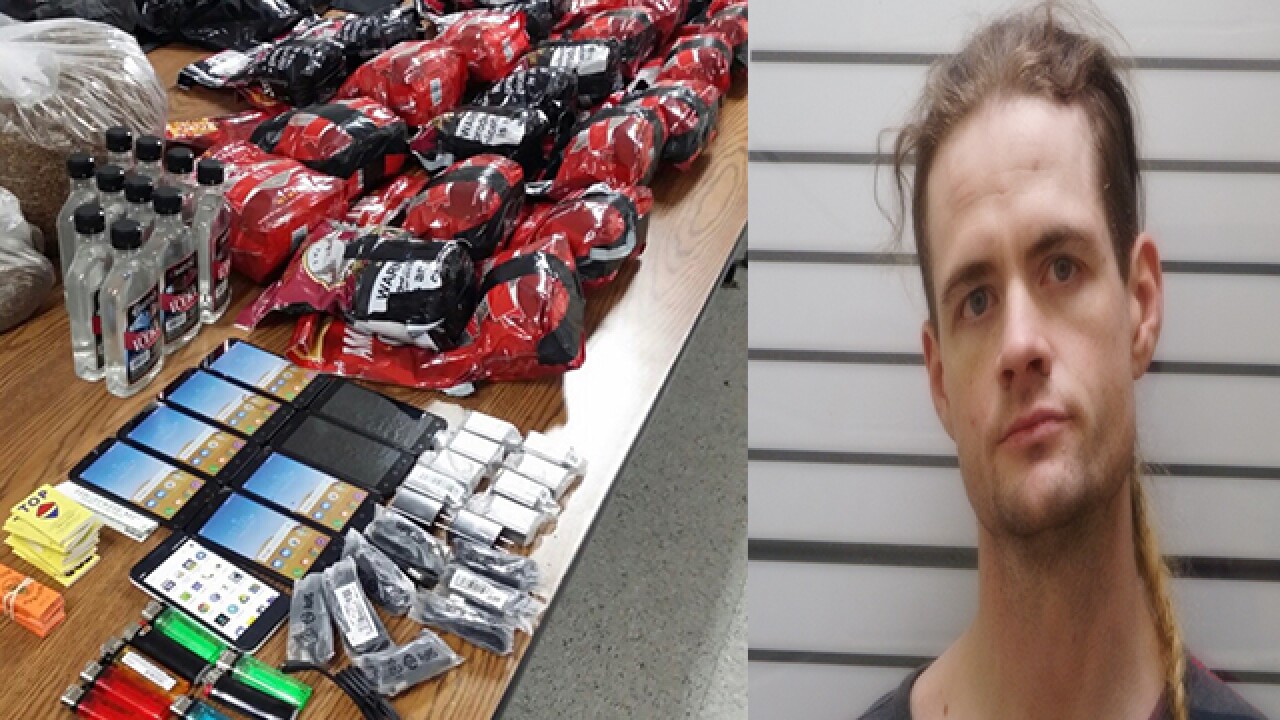 MUSKOGEE — The Muskogee Police Department said a man was arrested after he attempted to throw three large duffel bags over the Jess Dunn Correctional Center Friday.

Police officials said Carl Alan Smith, of Dodge City, Kansas, was stopped by prison officials at 9:45 p.m. while attempting to throw the bags over the prison fence.

Police said they found over 30 pounds of tobacco, 10 cell phones, 10 phone chargers, 10 bottles of vodka, nine lighters, and 15 books of rolling paper inside the bags.

Smith remains at the Muskogee County Jail on a $5,000 bond.