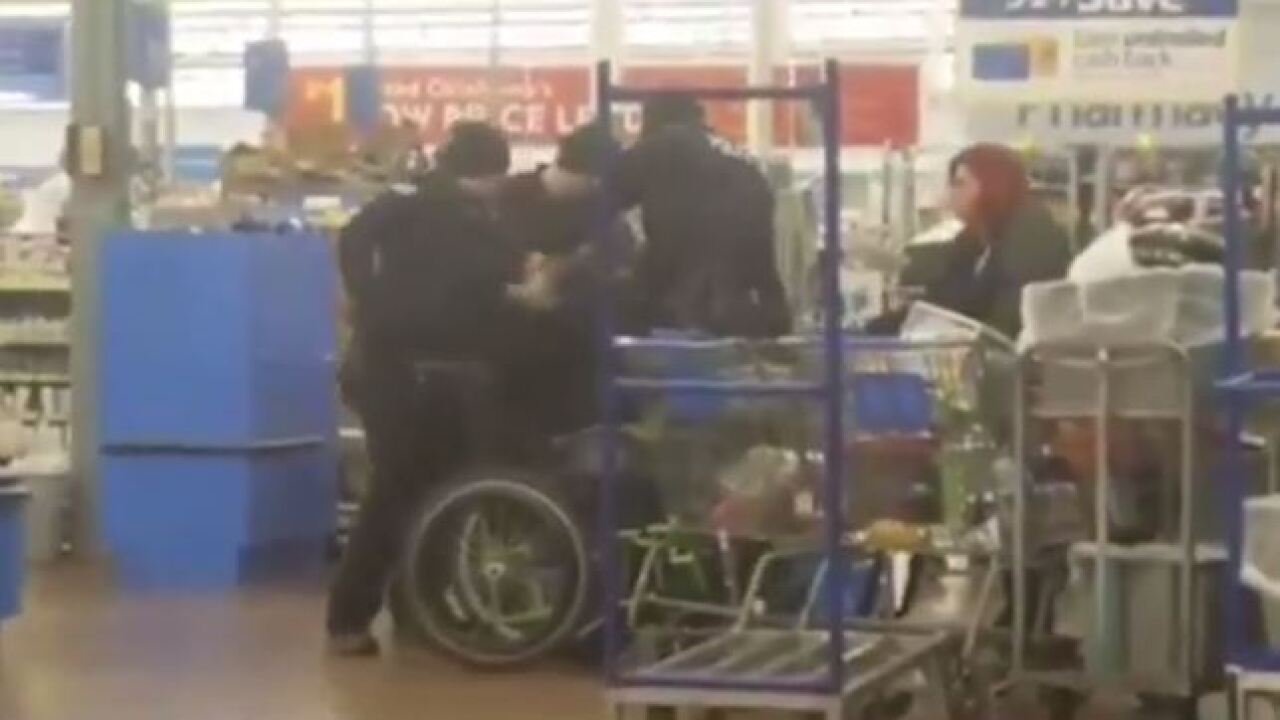 MUSKOGEE COUNTY, Okla. — A Muskogee man filmed being pepper sprayed by police officers at a WalMart has been charged.

Jason Williams was charged with assault and battery on police officer, obstructing an officer, disturbing the peace and trespassing in Muskogee County.

Police officials said on December 28, Williams refused to show his ID to WalMart employees while attempting to buy alcohol.

Police were called after Williams became hostile and created a disturbance, including cussing at the employees, police said.

"Officers were called to the scene, and the man also refused to identify himself to officers," police said in a statement. "He was advised that if he did not provide his ID he would be obstructing officers. He was told he was going to be placed under arrest for obstruction, and that he trespassed from Walmart property."

Police said Williams was asked to leave the Walmart, but refused and struck an officer.