1 out of 30 Schools Nationwide 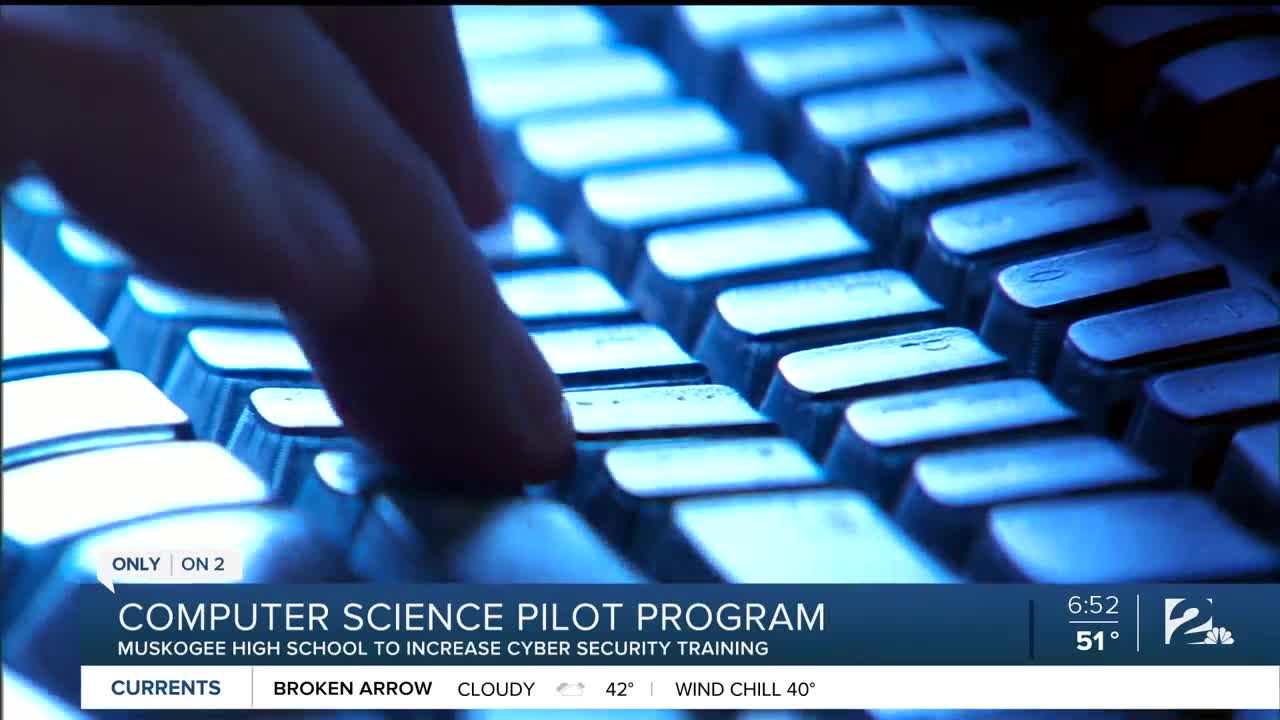 Muskogee High School is one of 30 schools in the nation chosen for a pilot Junior Reserve Officers Training (JROTC) initiative to increase training in computer science and cybersecurity. 2 Works for You's Gitzel Puente has more. 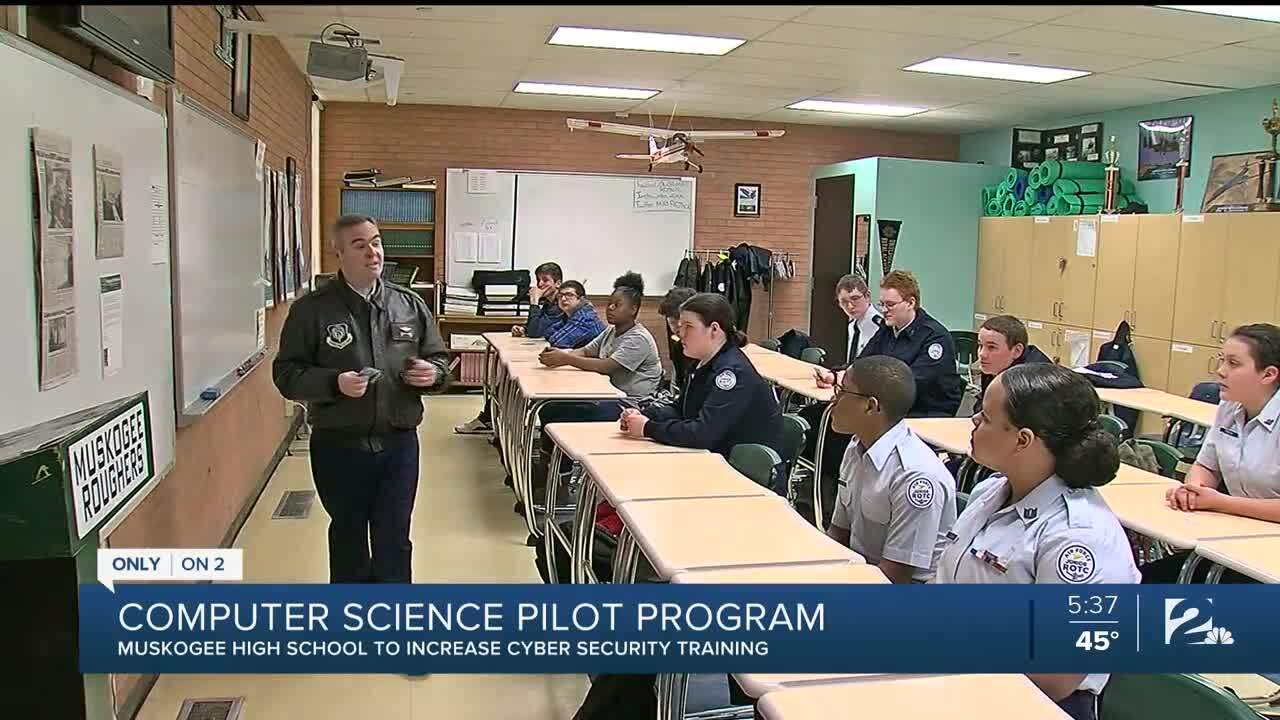 MUSKOGEE, Okla. — Muskogee High School is one of 30 schools in the nation chosen for a pilot Junior Reserve Officers Training (JROTC) initiative to increase training in computer science and cybersecurity.

"Computers aren't going anywhere, right? From my lifetime through the kids' lifetime. You know there's probably more computer power in my watch than the first airplane I flew," says Major William Triplet, the instructor of the ARJROTC program at Muskogee High School.

Major Triplet says the pilot program will be beneficial for his cadets.

"Air Force JROTC program our mission is to develop citizens of character dedicated to serving our nation and our community," says Major Triplet.

The JROTC initiative is led by CSforALL, short for Computer Science for All, a nonprofit organization that shares a vision for all students in the U.S. to learn computer science.

About 68% of JROTC cadets do not have access to advancement placement computer science classes at school, according to CSforALL.

“Adding the pilot of computer science to everything that we already offer here for our students is just a big plus for all that’s involved," explains Principal Kim Fleak of Muskogee High School.

She says the school currently offers engineering, robotics, computer programming and repair programs. The addition of the CSforALL pilot initiative will open up doors, according to Principal Fleak.

“We can hopefully get those students into mentorships, apprenticeships and internships with businesses," says Principal Fleak.

Some of the high school's JROTC cadets are already looking forward to taking the new classes.

“Oh my god I was so pumped, I was like yes because you can never have too many jobs with cybersecurity or cyber anything," says Joann Sheppard, a freshman and JROTC cadet at the high school.

The cadets will be getting ahead of the game this summer through a program offered at Muskogee High School called CyberPatriot, a nationwide program "to inspire K-12 students toward careers in cybersecurity in cybersecurity of other science, technology, engineering, and mathematics (STEM) disciplines."

CSforALL's pilot initiative that starts next school year will include professional development training for teachers in CS in addition to the computer science and cybersecurity classes.

Two other schools in Oklahoma have also been selected for this initiative. Enid and Edmond High School will be participating in the project.

Click here for an interactive map of the 30 JROTC-CS Demonstration Project Schools.