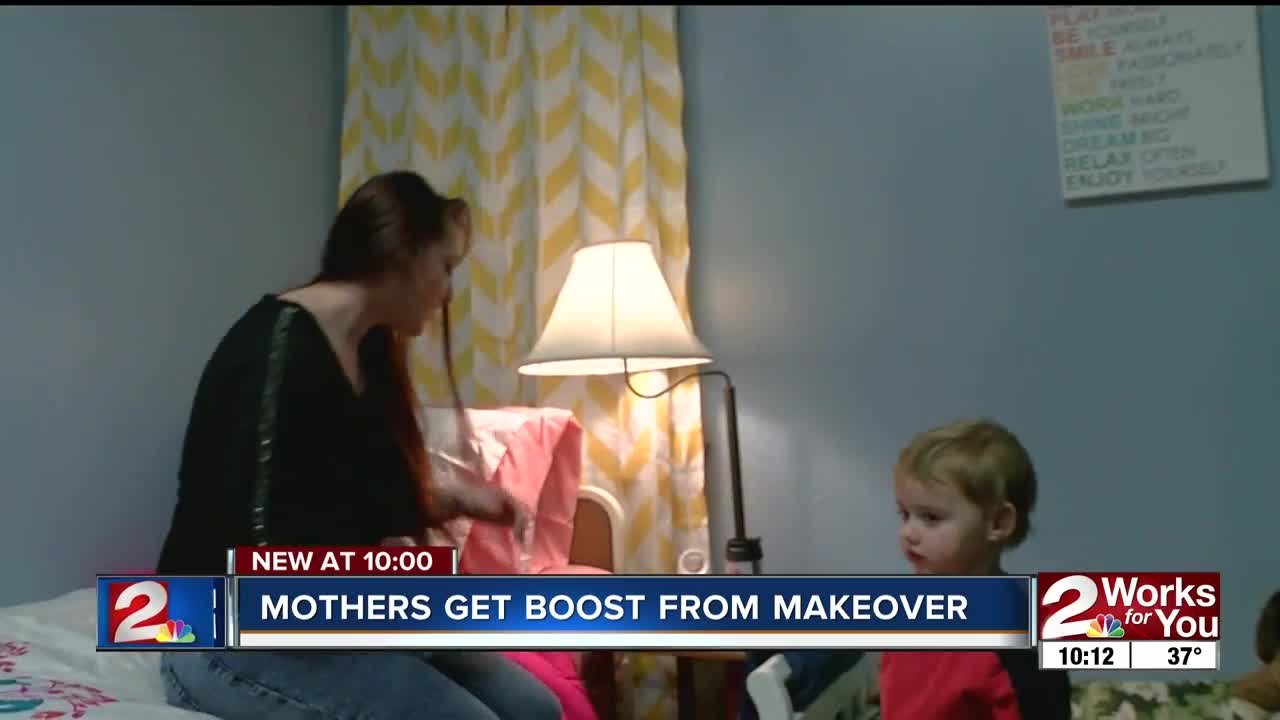 TULSA, OK (KJRH) — Women at Tulsa's Women and Children Center trying to get back on their feet while also taking care of their children got a special gift this holiday season. 24 groups of volunteers worked to completely change their rooms in just six hours for a grand surprise.

Mothers walked back in to their rooms in complete shock. Some were in tears, some in stunned silence.

"It's so beautiful, thank you so much!" one mother said.

"It's amazing," a mom of a two-year-old boy said. "It's amazing to know some people care so much about us to do things like this. Especially after everything we've been through. It's awesome - best Christmas ever."

Lisa Bain is the founder of Joy in the Cause, and has long wanted to fix up the rooms that had become run down.

"Literally in 30 minutes all of the rooms were adopted," Bain said. "When they get to come in to a room that feels like home, it’s like a safe place."

Bain said she's taken the initiative to change rooms before, and it made a huge difference in those women's recoveries. And for many of the volunteers, they help after going through their own hardships.

"Many of the volunteers went through a really tough journey and this hits home for them," Bain said. "And they want to give back because they went through their journey. And sometimes it’s the smallest things that make the biggest difference.

The rooms were repainted, with paintings, pictures, and drawings hung all over. The beds got new spreads, and the rooms received new shelves, dressers, lamps, rugs, and pillows. Bain said the makeovers came out of volunteers' pockets - many giving their Christmases to make these women's recoveries a little better.