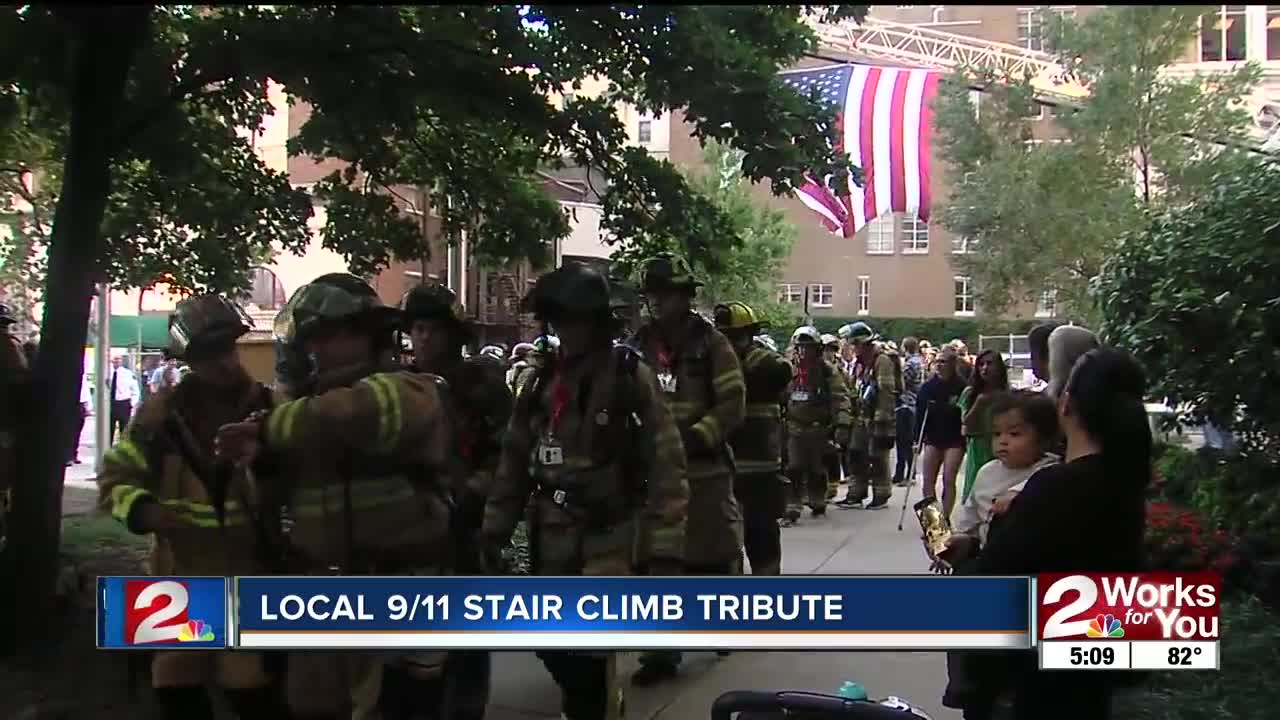 More than 130 firefighters climbed 110 stories, the height of the World Trade Center, to remember the first responders who died in 9/11. 2 Works for You Reporter Gitzel Puente has more. 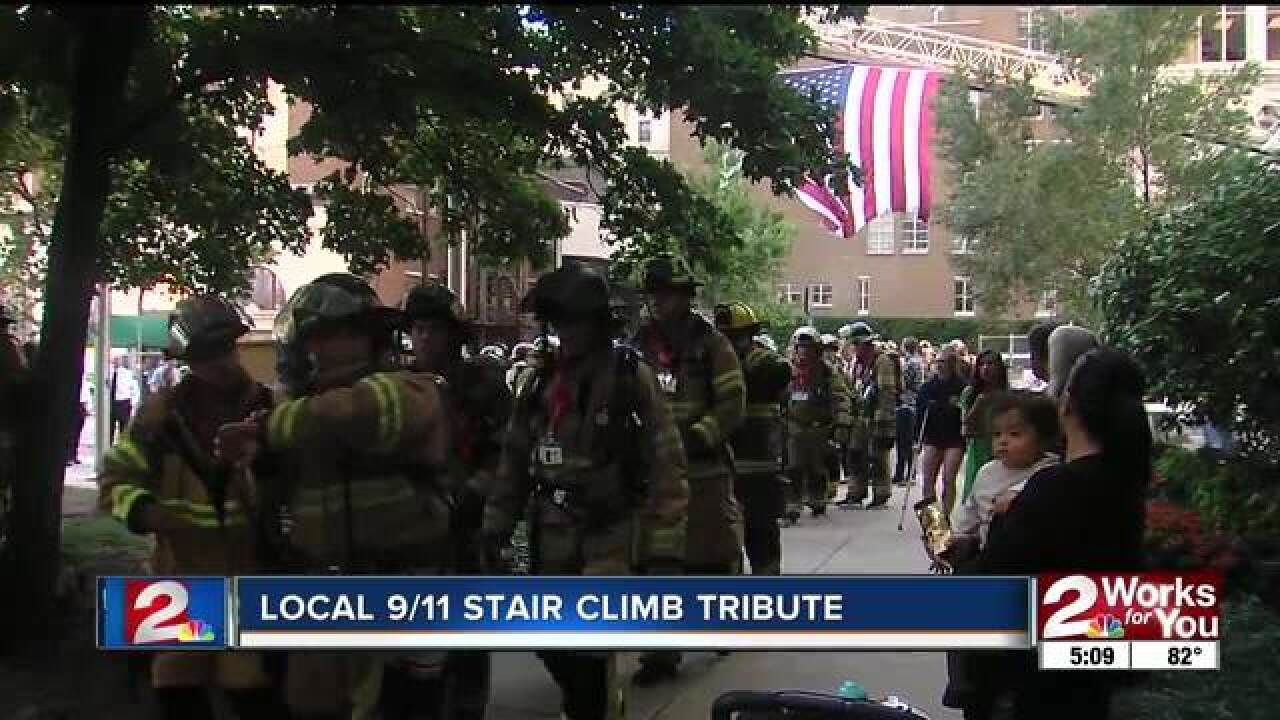 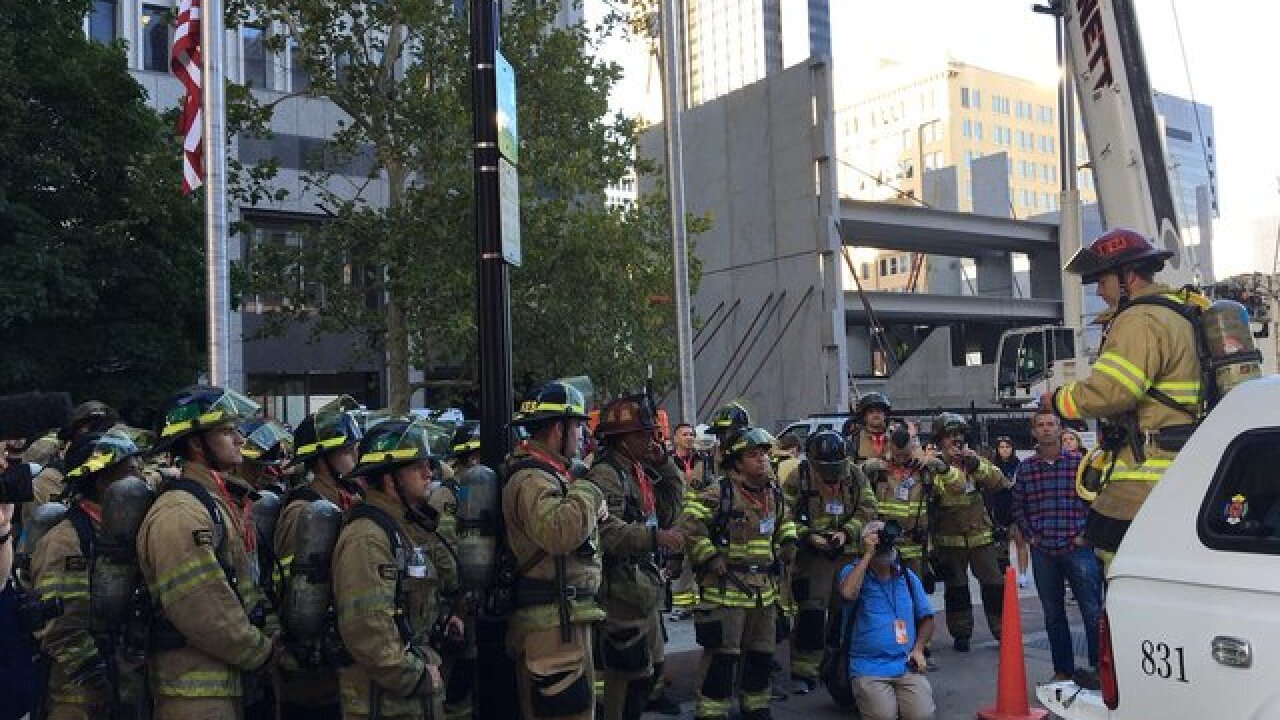 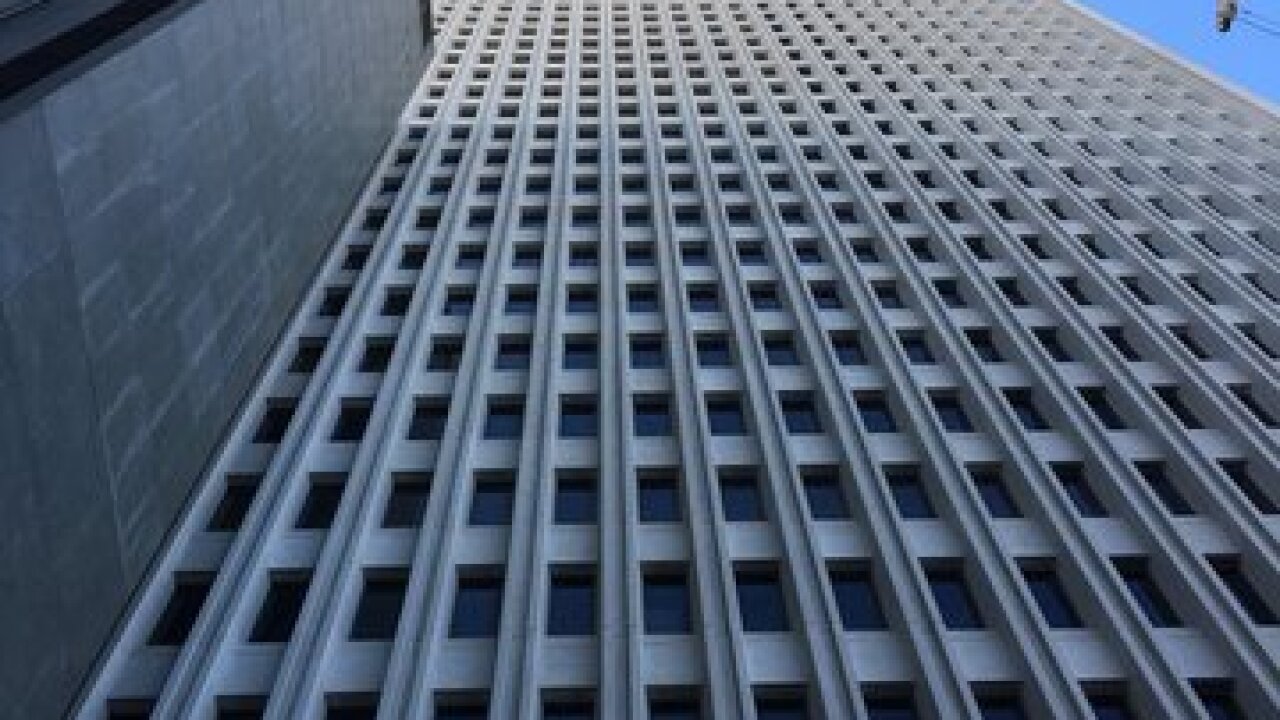 They came together at First Place Tower in downtown Tulsa. There were firefighters from Tulsa, Bixby, Sapulpa, Oklahoma City and even one from Colorado.

The fire personnel each climbed the stairs wearing their full gear, including an air pack, boots and pants, weighing about 75 pounds. They did it three times, which would be the height of the World Trade Center.

While it wasn't an easy task, they said it was all worth it.

"These guys lay their life down. That's what we all think about. That's why we're here, we push ourselves in situations where you know it's not looking good, but the greater good is to help fellow man," says a firefighter from the Tulsa Fire Department.