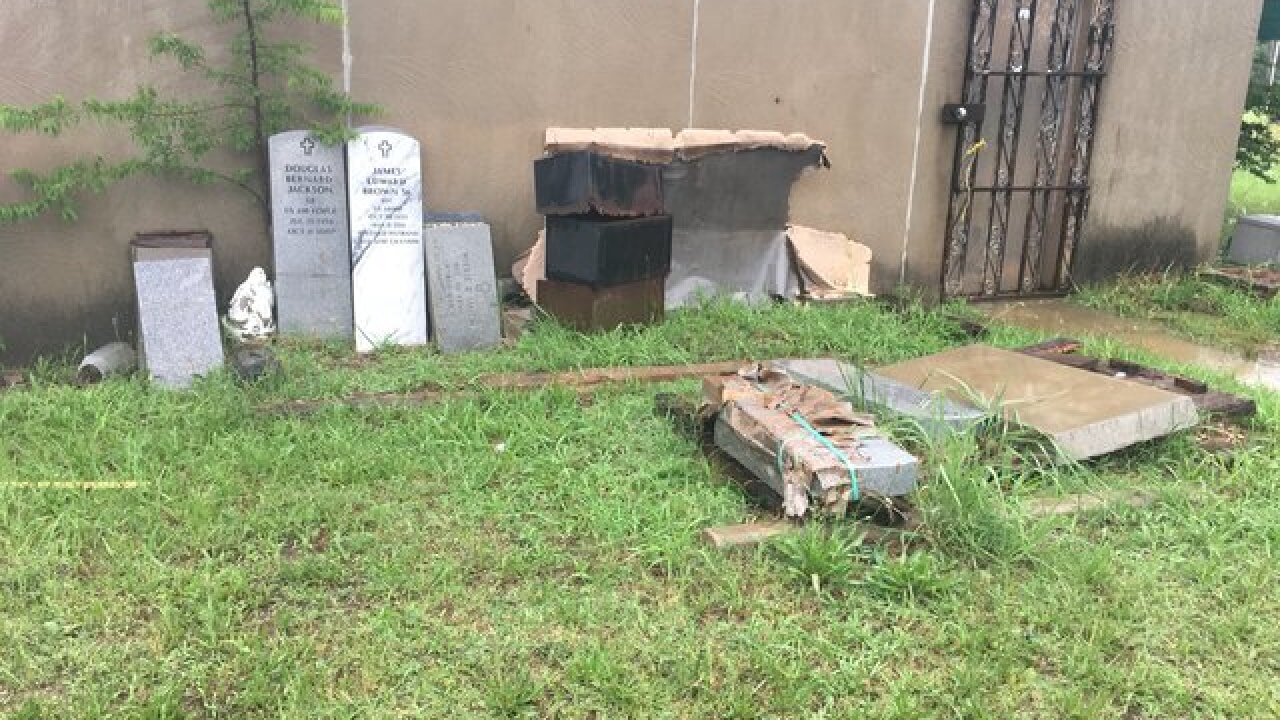 Ten years later, management changed and her mother passed away.

"We were going to the place where mama already said they were going to be placed. He said "no we can't put them there, there's already somebody there. But I'll find another spot for you." I said okay, but they have to be together," Randles said.

The owner at Crown Hill tells 2 Works for You that mistake was made under previous management. Randles said when her father passed away two months later, they were unable to bury the two side by side.

"We're rolling my dad to his resting place and they didn't even have him next to mama. They were putting him up here, and my mother down here," Randles said.

Current management said after digging in the unmarked spots next to her mother, they realized the spots were filled. They planned to bury Randles' father at the foot of the grave site. The family refused, and asked for their mother to be moved. Staff agreed, but more issues followed.

Eventually the two were buried together, but the family and management disagree about the timeline. The owner said it was in a matter of days, Randles said it took months.

The confusion is an added layer in the investigation already underway by Oklahoma lawmakers, sparked by pulled up headstones found by Tulsa County Sheriff's deputies last month.

"I think that government should serve the people and we should not just allow people to have their complaints not looked into," Senator Kevin Matthews said.

Matthews has sent paperwork from Crown Hill Management and attorneys to the state insurance commission.