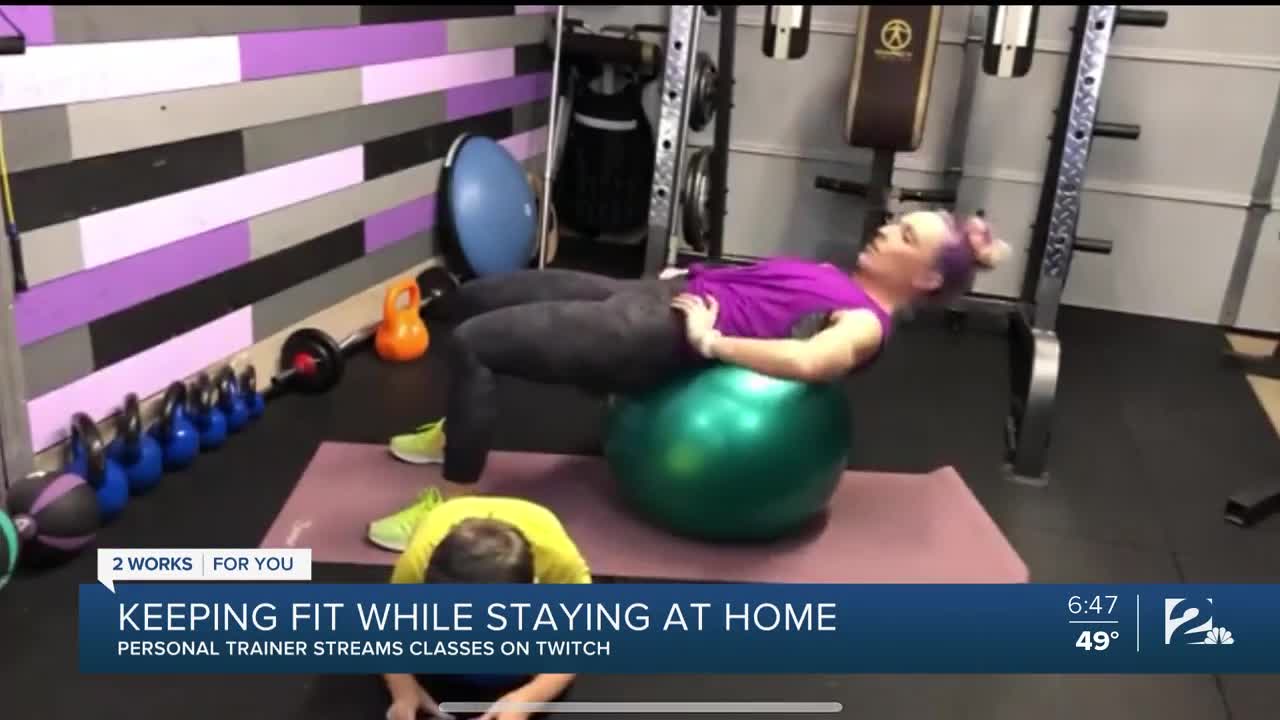 Being stuck inside the house can be difficult for a child's mental well-being, so getting up and exercising is very important these days.

Monday we introduced you to Fitness Expert Christi Gibson, and showed you how she streams her workouts online.

2 Works for You's Mike Brooks had the chance to speak to her again about why it's important to keep kids moving when they're stuck at home.

He spoke with a fitness expert who says be creative and exercise with your kids.

Take something they like and turn it into a game.

Christi Gibson and her son Ryder exercise together and Christi streams them on twitch.tv.

She gave me a preview of what happens when they stream, and some great examples of exercises every kid can do.

Gibson says, "Do you want to do your overhead press? Okay I guess so. Do you remember how to do that? So, he's going to do a movement now where you're working your shoulders and your upper body. So it's kind of like you're making a "U" with your arms. He's making a "U" with his arms and pressing that weight straight up over his head. He's focusing on keeping his tummy nice and tight, and his chest nice and tall."

You don't want to force kids to get active because that's just going to frustrate them or make them even more stressed out.