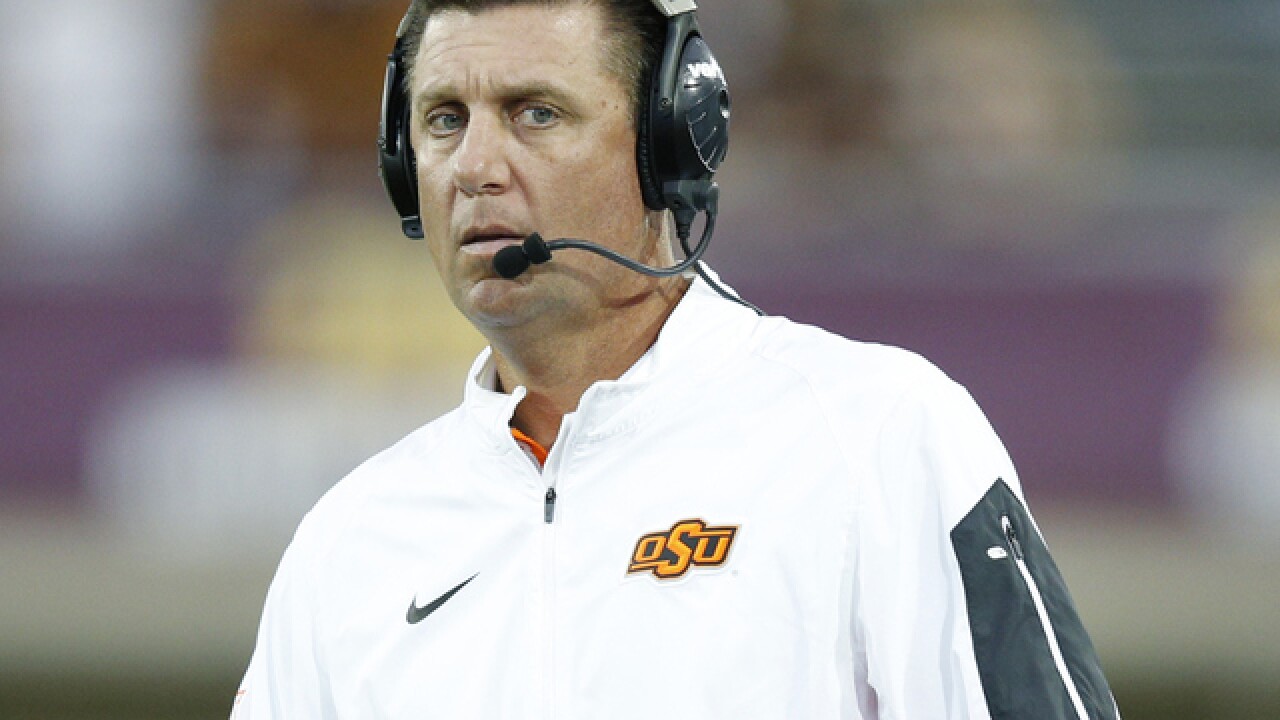 STILLWATER, Okla. — Mike Gundy is staying on as the head football coach at Oklahoma State University, and agreed to a pay cut.

Oklahoma State University Athletics announced Thursday that Gundy will keep his position after an internal review found "no signs or indication of racism."

The review came after OSU star running back Chuba Hubbard tweeted a photo of Gundy posing for a picture wearing a controversial t-shirt by One America News Network (OAN), a pro-Trump conservative cable channel. In his tweet, Hubbard said he'd have nothing to do with OSU until things changed.

Not long after the uproar, Gundy apologized in a 60-second video to team members, former payers, and their families for wearing the shirt.

After Hubbard's threat to boycott, Gundy and Hubbard appeared to make amends and promised change in a video on social media.

Holder said the salary reduction is Gundy’s idea as punishment for the backlash the program received from current/former players and the public after Gundy was photographed wearing the OAN t-shirt.

We have spent the past couple of weeks reviewing our program and talking with current and former players. Our internal review found that Coach Gundy needs to invest more time in building stronger relationships with his student-athletes. However, our review has uncovered no signs or indication of racism.

After meeting with Coach Gundy, I am confident that he listened to his student-athletes. I believe he is genuine in his commitment to strengthening relationships with his players. I believe this to be a win for everyone. I’m looking forward to seeing the impact this will have on our team.