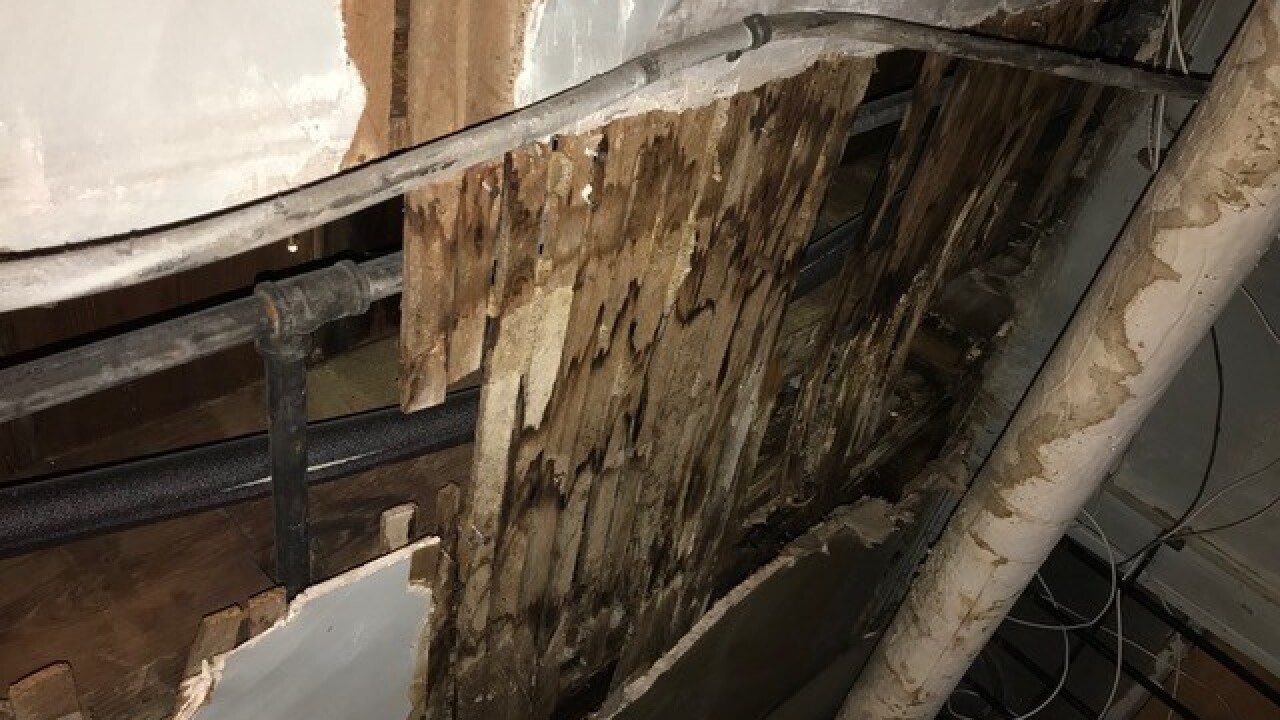 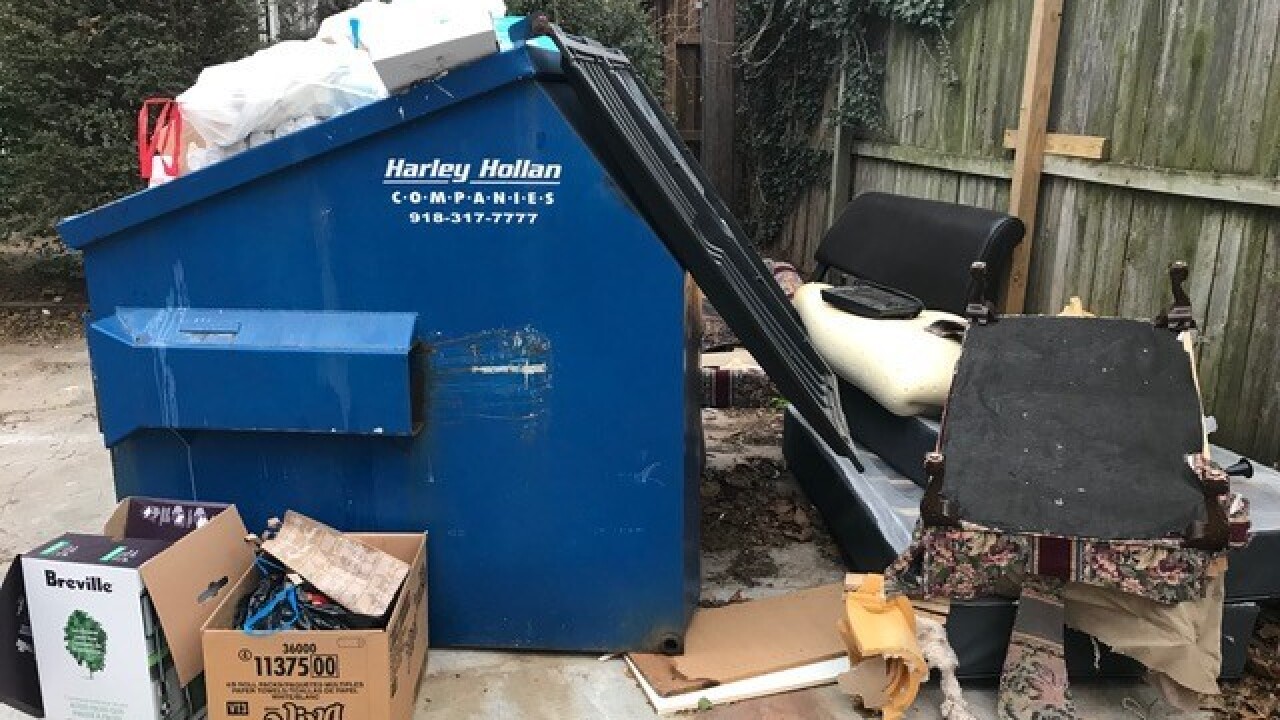 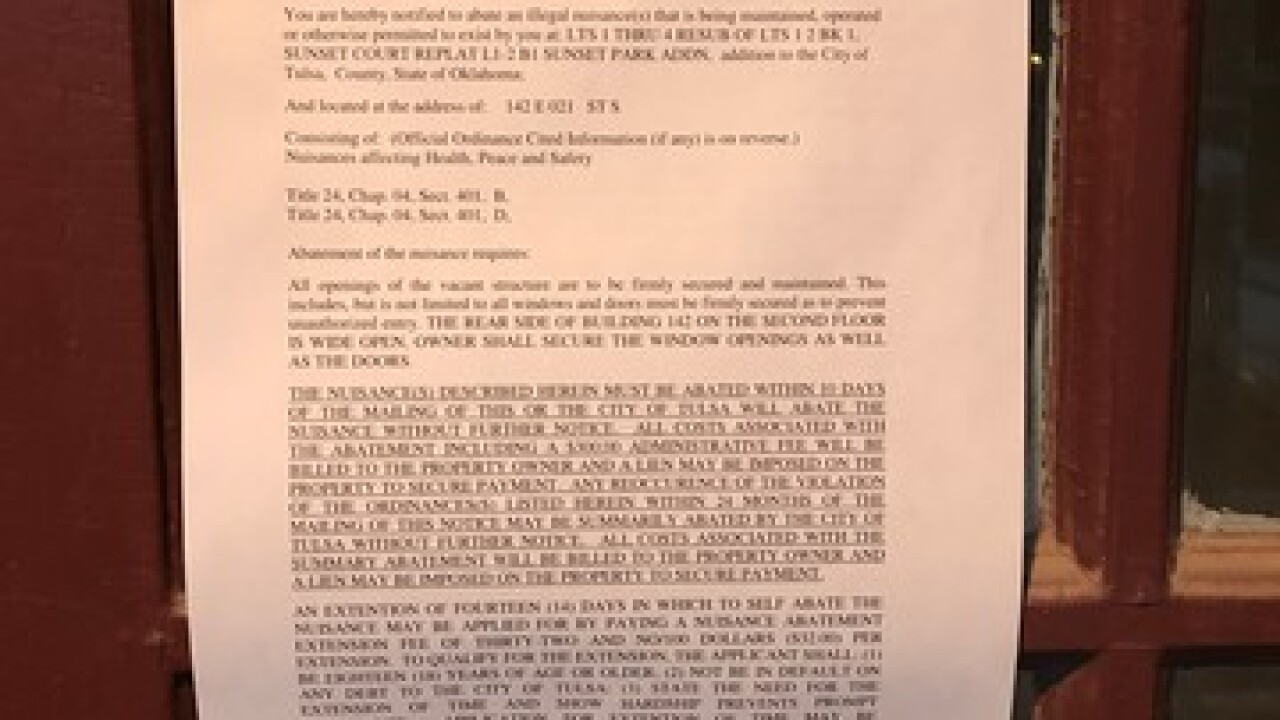 TULSA -- A midtown apartment complex is now under the City of Tulsa's watchful eye after a former tenant called to report an unsafe building. According to the City, the property owners have until Saturday to get the accurate work permits or the city will take more action.

There's a red sign in the front of Sunset Court apartments. It says units are available for rent.

But Hewson wouldn't recommend moving in.

"The main water line busted and flooded all the way down to our apartment and all they did was come in and bring us a shop vacuum and walked out," he said.

"The lights were flickering and the power went out for three days and we didn't have electric in the middle of winter," he said.

Two months is all it took for Hewson to pack his bags.

"The City posted four days after that it was unsafe," he said.

City officials say the complex has failed to provide permits for renovations in one of the buildings, leaving it unsafe.

"There's holes in the ceiling, cockroaches everywhere it's not renovated," Hewson.

2 Works for You called the property manager, but she said she didn't know about the required work permits and did not want to speak on camera Monday.

Hewson wants a refund for his security deposit and one month's rent. The property owners say they're considering it. They have 10 days to get the proper work permits or it's in the City's hands.

City officials say normally the cost of permits will double if property owners have been working without them. If work continues without proper permits, it's possible a criminal citation could be filed.