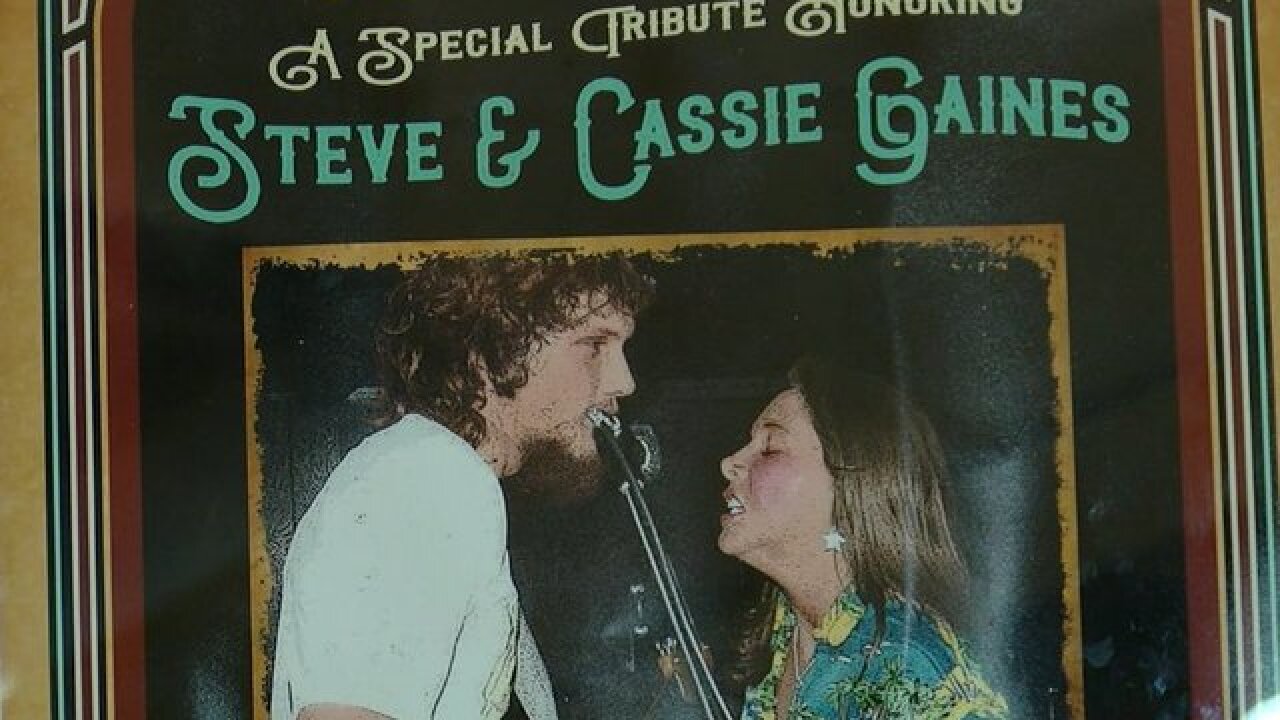 MIAMI, Okla. -- The city of Miami is preparing to honor their own this weekend, inducting two members of Lynyrd Skynyrd into the Oklahoma Hall of Fame.

Beforehand the Dobson Museum will host a memorial including everything from the band's platinum record to the music Steve Gaines recorded in Oklahoma.
Sammy Ketcher and Bobby Poole played with Steve Gaines in Miami. Gaines was just learning guitar as he joined their band "The Cellar Door" at the age of 16.
"We all wanted to make it to the big time in some form or another. That was why we were doing it. That was all we thought about," Ketcher said.

Ketcher said he stayed in touch with Gaines through the years, and his former band mate watched him perform the night before signing with Lynyrd Skynyrd.

"He said, you know, Cassie's in Lynyrd Skynard and I'm going to audition for them tomorrow night in Kansas City. He said "do you think I'm good enough to do that?" I said "yes Steve, you're good enough. You'll show those guys a few things." Which he ended up doing, you know?" Ketcher said.

The guitarist's friends were shocked when his plane went down less than two years later. To this day they remember him fondly.
"I don't know anyone that ever said anything bad about Steve. He was just a good guy, he was a good person, always treated everybody well. You knew where you stood with him right up front," Bobby Poole said.
The two tell 2 Works for You back in the day they were looked at as a bunch of hippies. Now, they feel grateful to see the musician and his sister they knew so well getting respect, 41 years after passing.
"We were just young musicians and they saw us as something adverse. It took a while for that to wear away. But eventually, more and more, the town people became aware of what they had," Poole said.
The museum will be open from 9:00 to 4:00 on Saturday, and at 4:00 the official induction will begin at the Hall of Fame.