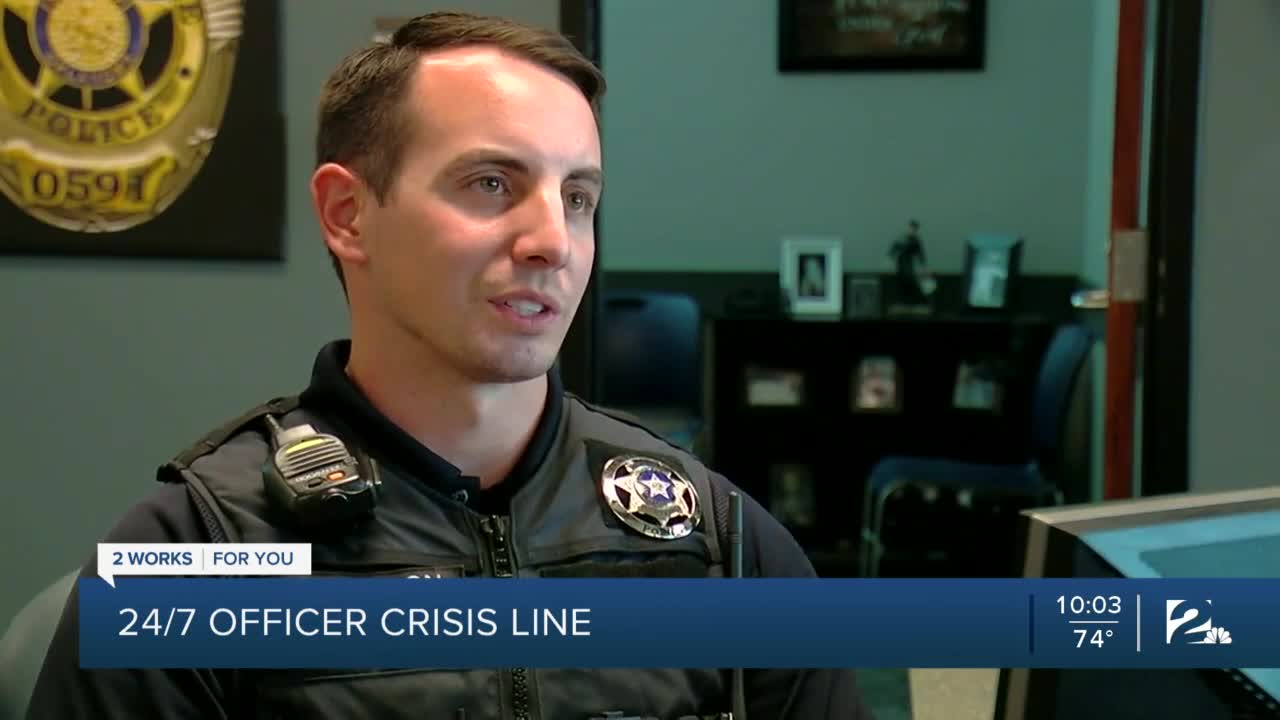 BARTLESVILLE, Okla. — CARES Act money distributed to the Grand Lake Mental Health Center is being used on a 24/7 crisis line.

The line is exclusively for police officers in the northeastern area of Oklahoma. The First Responder Helpline launched Oct. 1, but it's already a relief to those who protect and serve the communities.

As a former officer, now mental health director, it is Warring’s job to help law enforcement officers better care for themselves, so they can fulfill the promise of protecting all citizens.

“There are certain things that you don’t know how to process,” said Caleb Samson, patrolman for the Bartlesville Police Department.

What really sticks with Samson is responding to child abuse calls.

“You know, seeing kids growing up in homes that no kid is deserving having to grow up in,” Samson said.

On top of the day-to-day traumas are pandemic stressors.

“That’s got to be weighing on them when they go home. Were they exposed? They may have children, a wife, mom and dad may live with them,” Warring said.

Samson said, “Being able to talk to someone who’s licensed, who understands even if they don’t have an answer for you, they’re just willing to hear what you have to say.”