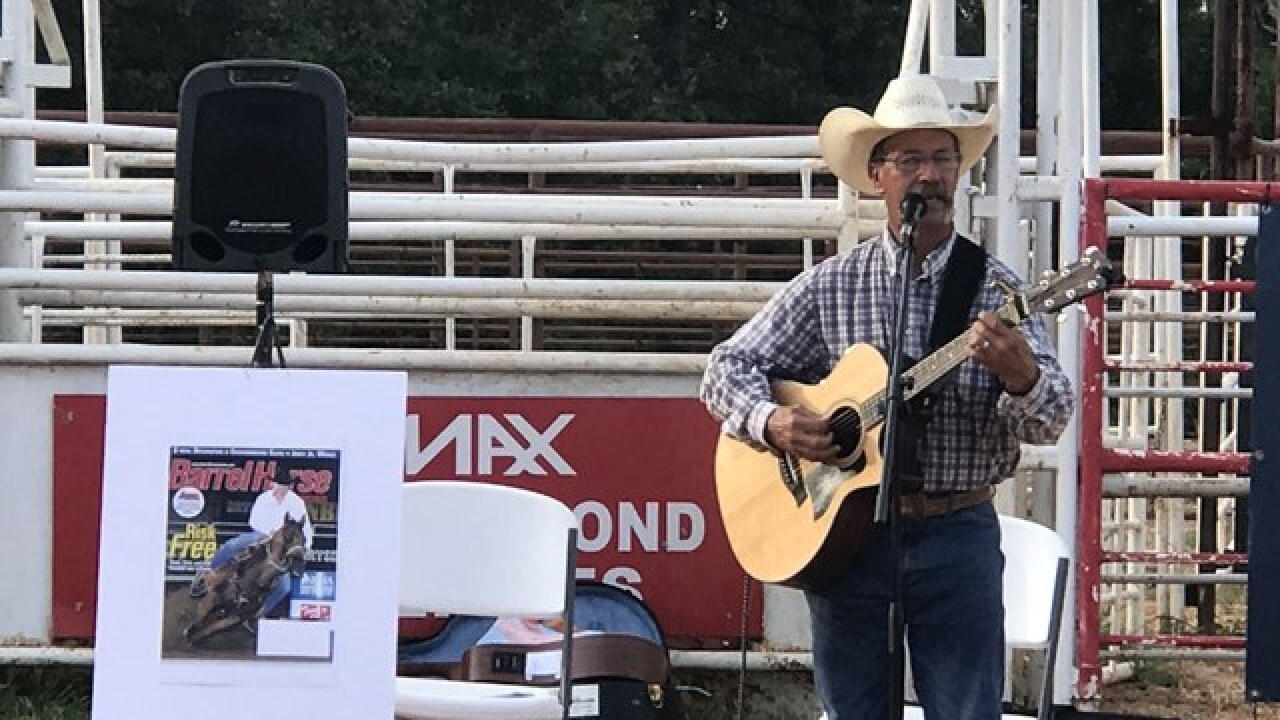 For weeks, people across the area were searching for Addison Waddell, until authorities discovered his body.

While a woman sits behind bars accused of killing him, friends and family gather to remember who they lost.

In the middle of Jim Shoulders Living Legends Rodeo Arena, friends and family sharing and remembering the life of horse trainer Addison Waddell.

“In the barrel horse industry, the name Add Waddell is an icon," said Tammie Hiatt, one of Waddell's friends.

An icon who left this world too soon, but who instilled his life lessons in those closest to him.

The key to his horses' success was patience and Waddell's friends said he would teach any one who was ready to learn.

He was described as a kind soul and somewhat quiet.

"He did a lot of thinking before he spoke," said Mark Hiatt.

"He treated everybody the same," said Red Wooten. "It didn’t matter."

While his accolades stretched across the country, he was a humble man.

"He would have been extremely humbled for what we did tonight. He would have said, 'Y’all don’t need to do this.' But yeah, we did," said Tammie Hiatt.

Even though they've said goodbye, many are still waiting for answers and closure.

"When he talked you listened because whatever he said was important," said friend Lori Primrose Shoulders. "He just was a very special person and a top trainer and I just pray for justice."

His friends said what helps ease the pain of his absence is knowing that Waddell knew Jesus and now has a new arena in heaven to train.