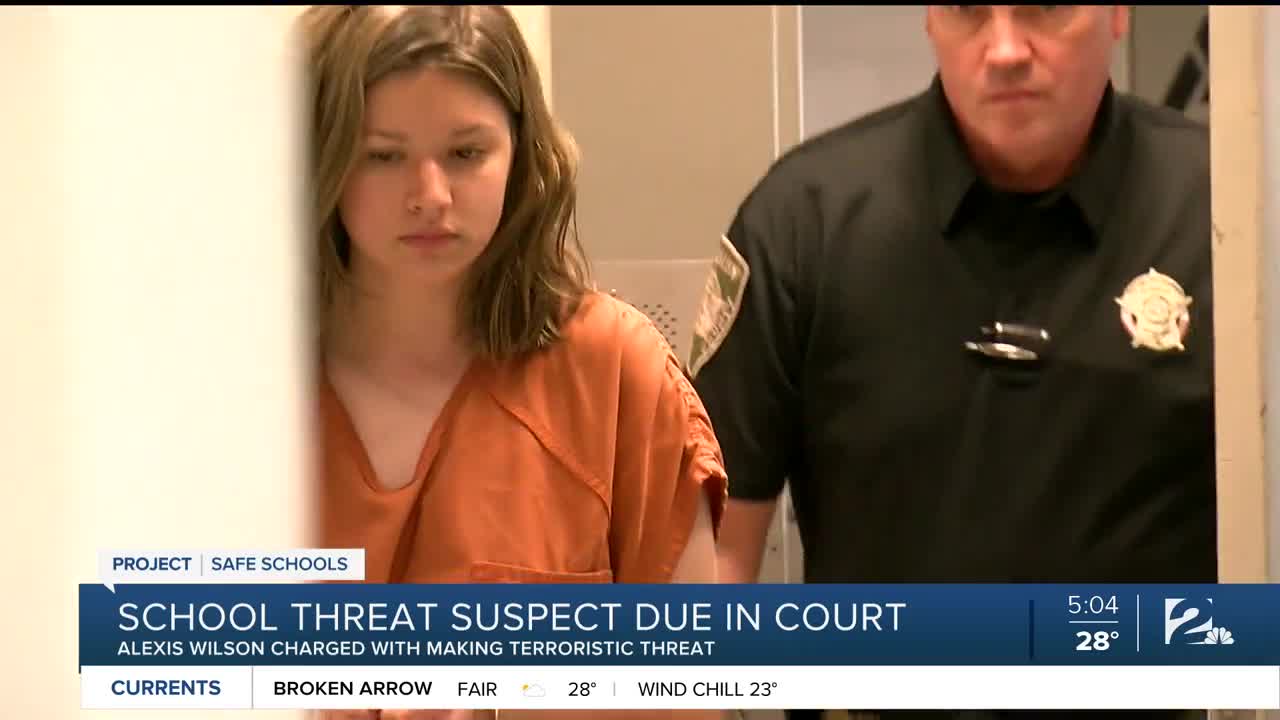 TULSA, Okla. — The teenager accused of making threats of shooting up McAlester High School is expected back in court Thursday afternoon.

Last month, subpoenas were sent out to several people to testify.

According to court documents, that list includes local enforcement along with the McAlester Public School Superintendent and high school principal.

Alexis Wilson was arrested back in September, after deputies found an AK-47, a shotgun, and several rounds of ammo in her bedroom.

Deputies searched her home after a co-worker told investigators Wilson said she wanted to shoot 400 people for fun.

School officials told investigators Wilson had previously been suspended for "bringing a knife to school."

Wilson is charged with acts of terrorism, and endeavoring to perform an act of violence.

Court documents said at least seven people are expected to testify this afternoon at the Pittsburgh County Courthouse.