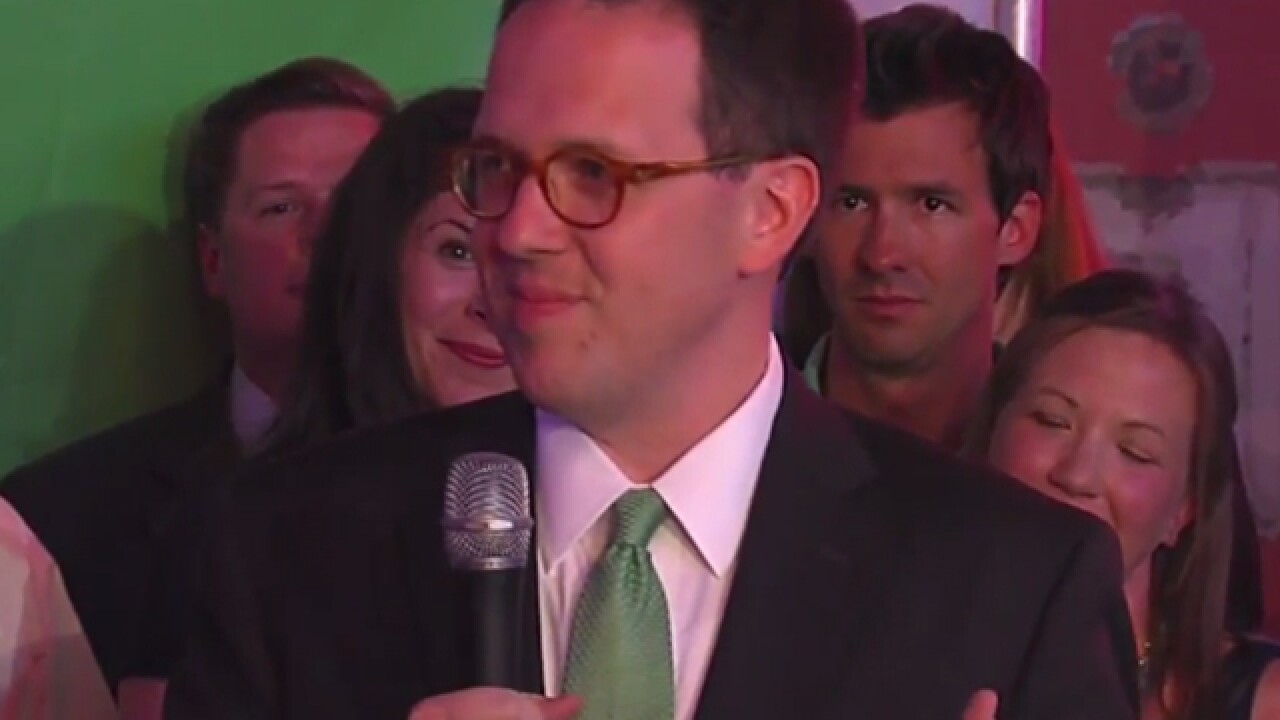 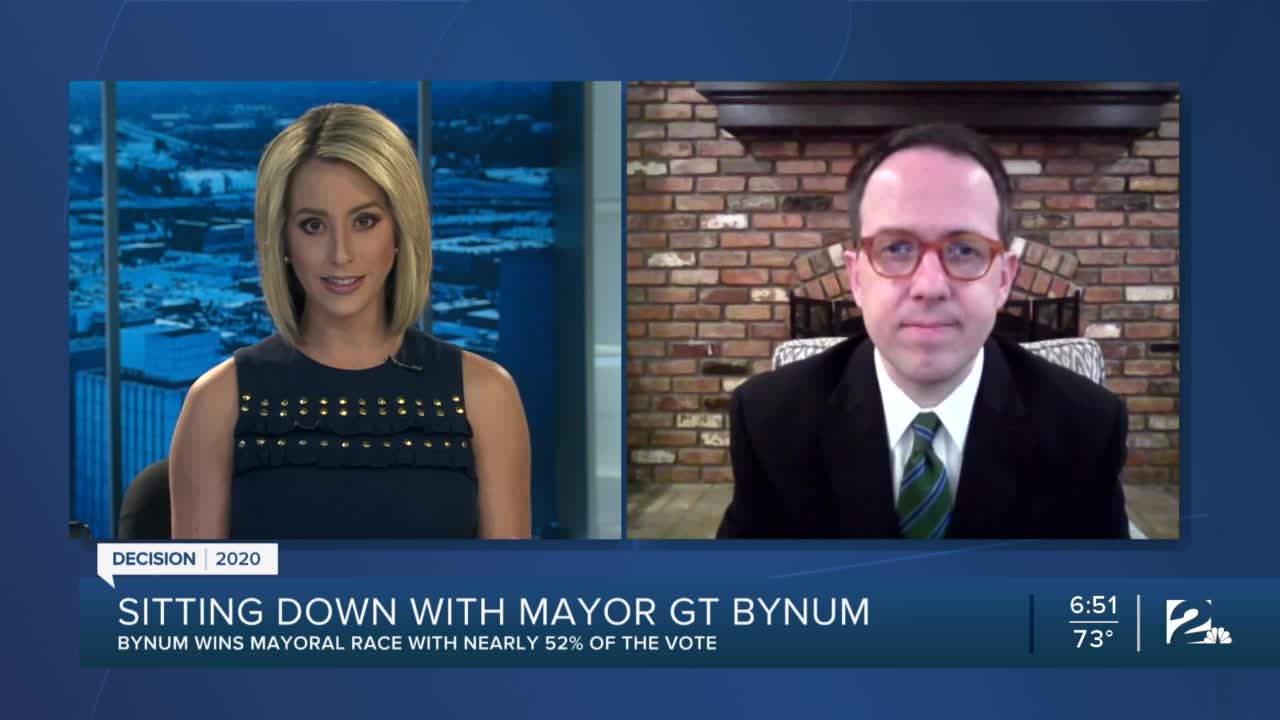 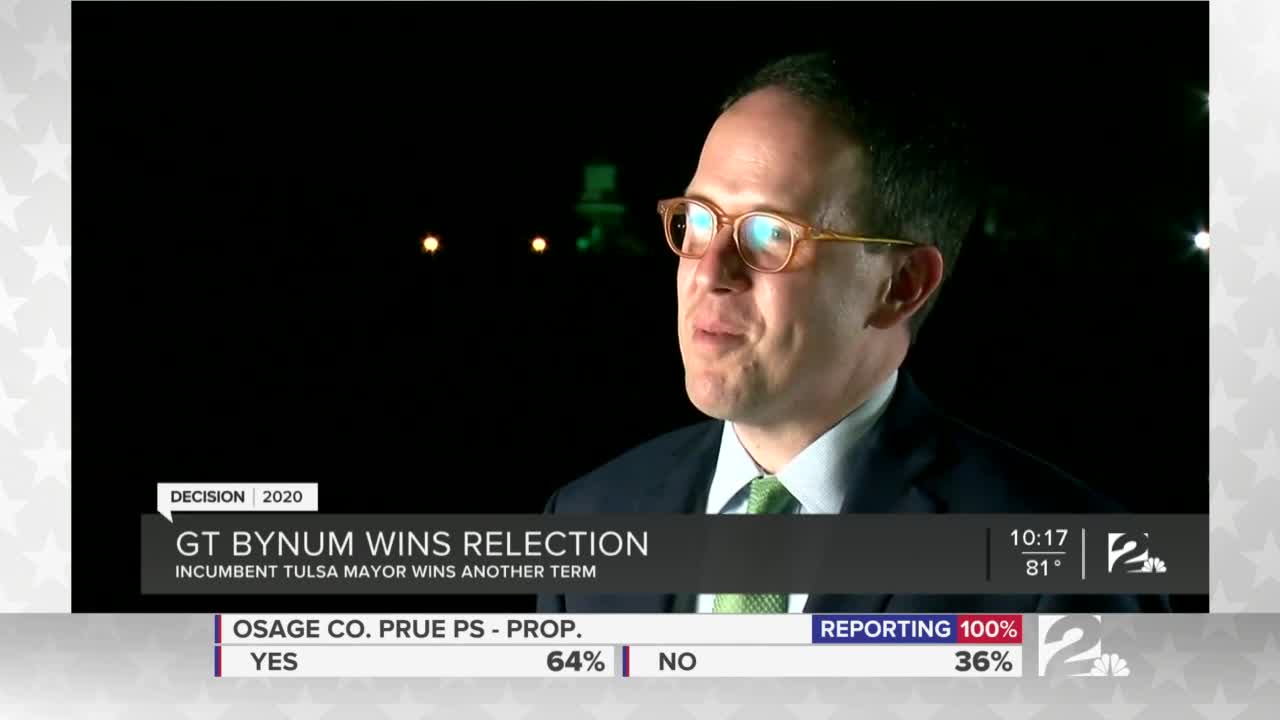 It was a strong race in Tuesday's mayoral election, but Bynum pulled through once again by taking 52% of the votes.

Bynum held his watch party at the Admiral Twin drive-in. During his speech, Bynum thanked his family and his campaign team.

"And we were the only campaign in this race that focused on every Tulsan in every part of town, in every political party because everybody in Tulsa deserves to have that outreach and deserves a mayor who will serve all of them,” he said.

Bynum also thanked the team at the City of Tulsa and all Tulsans.

“I promise to continue to devote all that I’ve got over the next four years to honoring the faith you’ve put in me,” he said.

Bynum said he hopes he and the community can work together to build a globally-competitive world class city.