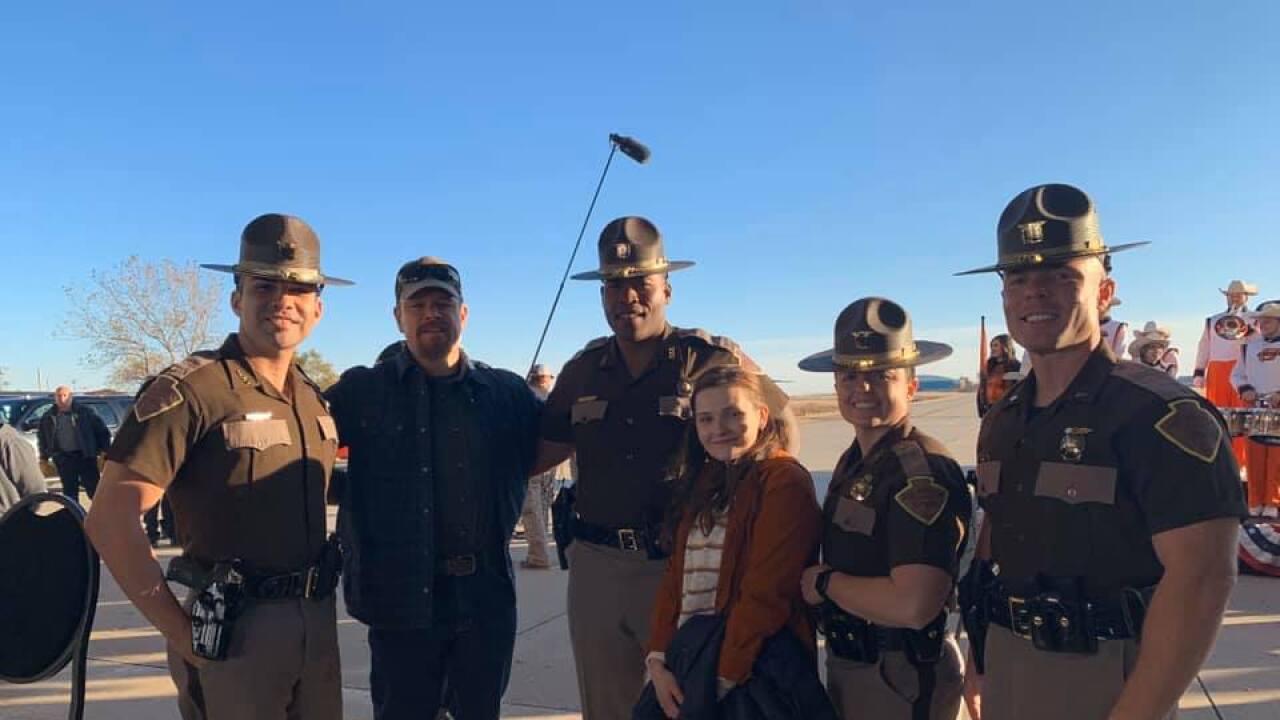 More photos have surfaced in regard's to Matt Damon and Abigail Breslin's upcoming film "Stillwater" that is currently being filmed in Oklahoma.

According to Oklahoma Highway Patrol's Facebook Page, a post made on Nov. 9 stated that the movie was being filmed in Coyle and the production will include "real OHP and local police and fire!"

The post made on Nov. 9 shows several troopers and local fire and police all surrounding Matt Damon, who can be seen in the middle in a hard hat.

The post says that Breslin is a huge fan of Live PD and was excited to get a picture taken with Trooper Perkins.

According to IMDB.com, "Stillwater" is a film about a father who travels from Oklahoma to France in order to help his daughter who's been arrested for murder.

IMDB says "Stillwater" is to be released November 2020.