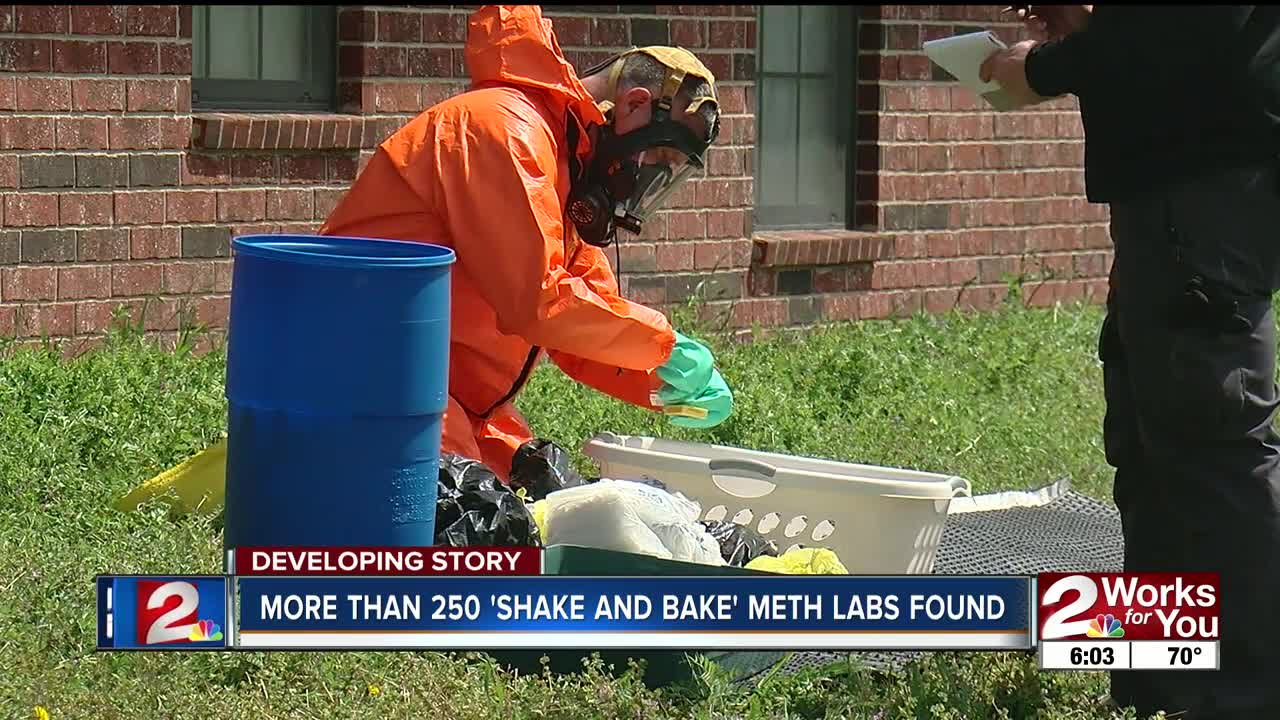 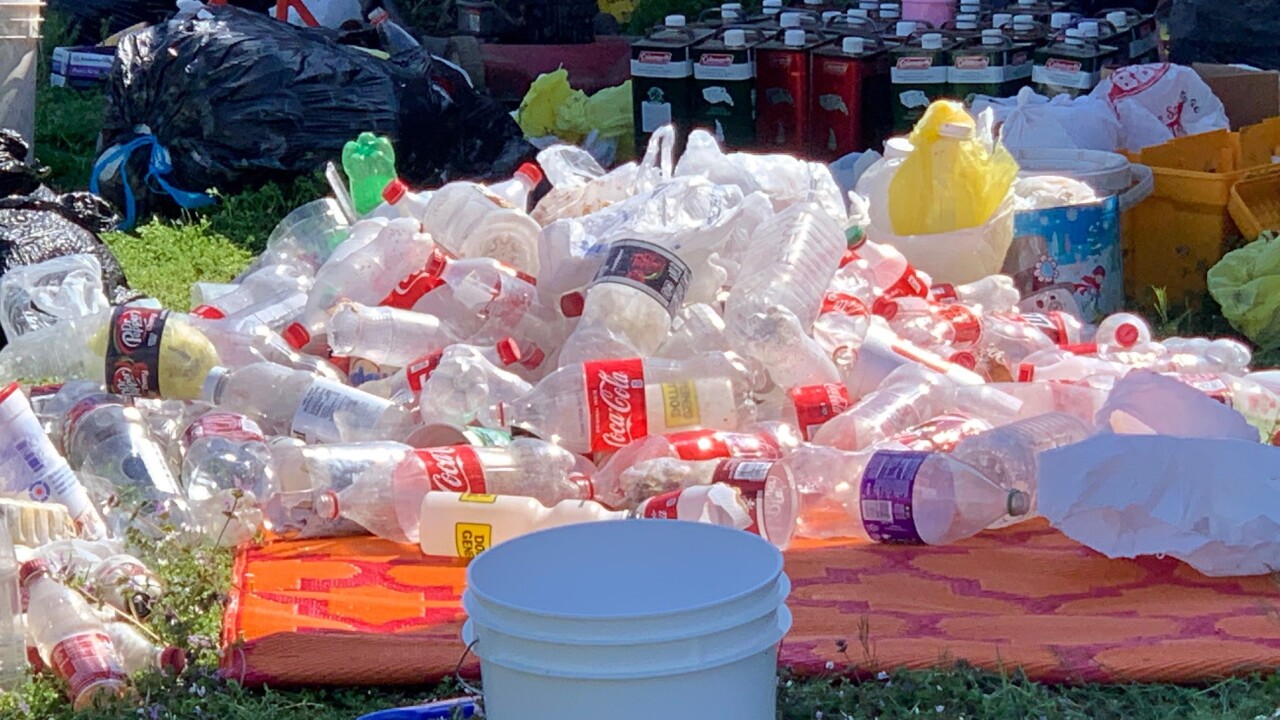 A home at 112 East Elm Street was raided when officers served a search warrant following a months-long investigation. The family has been on the police radar for almost three years, the chief said.

Mannford's police chief Lucky Miller said it was the largest meth bust he's seen in all his 21 years in law enforcement.

More than 250 what they call shake-and-bake labs, made of plastic and glass containers, and all found in the same home. We're told it's possible a felony charge could be filed against each suspect for each lab found.

Officers had to wear hazmat suits and gas masks to sort through the Drano, chlorine tablets, pseudophedrine, kerosene and many more ingredients that all go into making meth.

"Of course, the lab chemicals have eaten the hinges on the doors, all the metal stuff so uh, yeah," Miller said. "It's a catastrophe in there."

Investigators say it's hard to imagine that husband and wife Andrew and Melissa Caywood and their adult son Nicholas were living in the home.

The home was filthy, with stacks of clothing, trash and other items littering the floors, counters and strewn about the home, police say..

Some neighbors who knew Nicholas say they were suspicious.

"I knew it was going to happen," neighbor Ben Cluck said. "You could smell it."

But Kaylon Wise lives right next door to the Caywoods and never suspected a thing.

"That was shocking to me," he said. "I can't believe it happened in our neighborhood; it's quiet. Everybody knows everybody. They were pretty quiet."

Chief miller and Detective Neal with MPD say they worked long and hard on this case -- using a tracking device to track the Caywoods, waiting until they had all the evidence needed to shut down the meth lab without anyone getting hurt.

Three people, a husband, wife and their son, who is in his 20s, have been arrested as suspects in connection with the investigation. Officials said more than 250 "shake and bake" style meth labs were found.

It's a felony charge for every vessel used, officials said.

The police chief says he hasn't seen this type of meth labs in Mannford in more than five years.

It’s the biggest meth lab bust Mannford’s Police Chief has seen in his 21-years on the job. 3 people, husband and wife and their son who’s in his 20’s, were arrested in the raid early this morning. I’ll have more at 5 and 6 on 2 Works For You!! pic.twitter.com/91MDJRTyHh