Mannford athlete dreams of NFL, breaking stereotypes when it comes to gender-specific sports 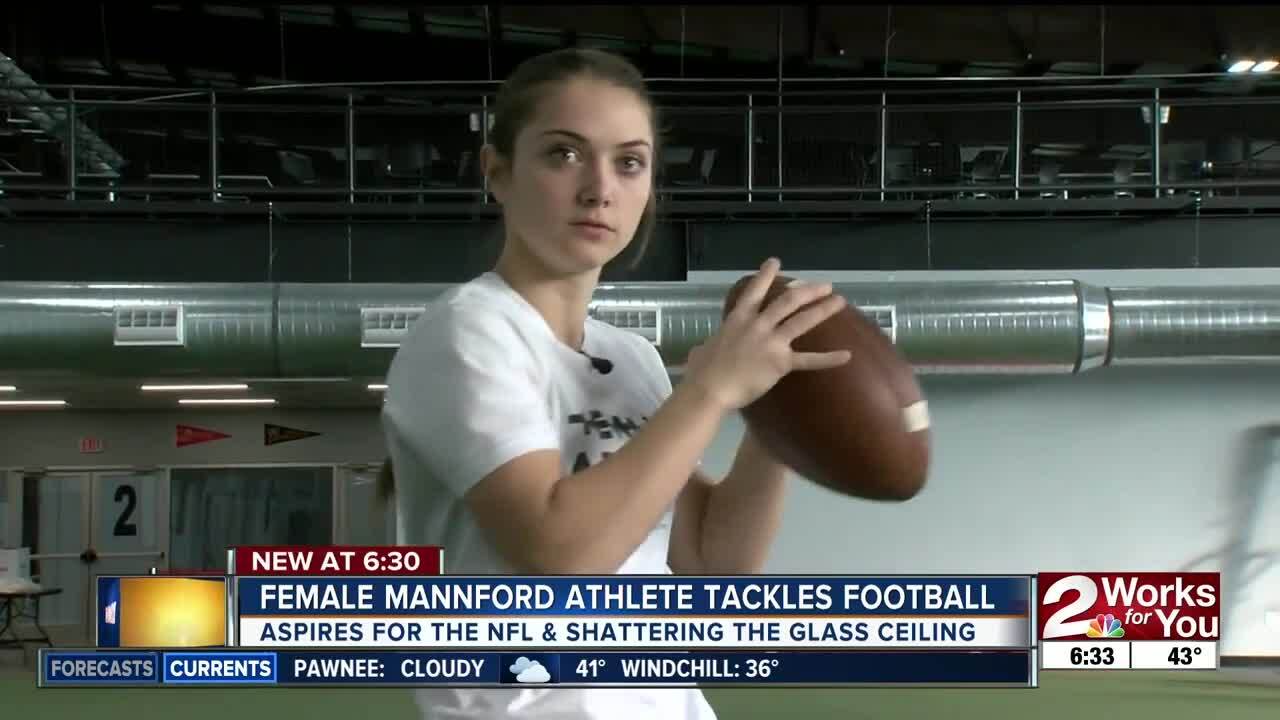 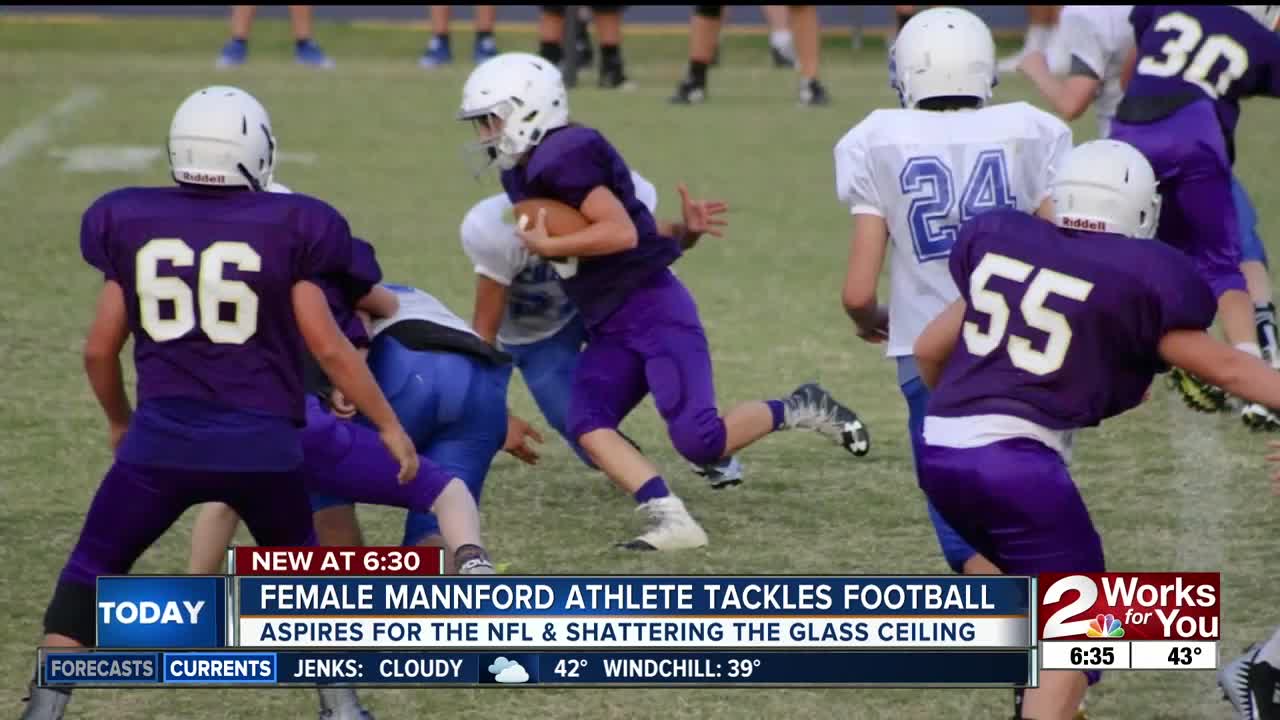 MANNFORD, Okla. — A Mannford freshman is inspiring athletes alike, proving the glass ceiling only exists to be shattered.

The athlete has overcome all the talk and speculation of what it takes to be on the field, showing the boys she's the real deal.

The Friday night lights heat up the grid iron. Players ready themselves to leave it all on the field. This is the setting athletes live for.

“Only those that risk going too far get to see how far one can go,” Jeff Pace, General Manager of Sports Performance at Titan Sports said.

"At first I think everybody was in shock,” Braden Greene, a senior wide receiver and cornerback at Mannford High School said. “We were like, 'umm come on man.'"

Sierra brings a rare sight to the field.

"I was a little taken back initially,” Pace said.

But Sierra has a story to tell, and people are listening.

“I want to be the first female in the NFL,” Sierra said.

It’s a tall order that comes with a lot of sides Sierra didn't ask for.

“I always had people telling me that I shouldn't play football, that I'd get hurt,” she said.

At a young age, Sierra set out to prove everyone wrong, that football wasn't just a male sport.

She's putting in the work, trying to break the stereotype of gender-specific sports, and she's not doing it alone. Her older sister, who is also an athlete, said she's cheering on Sierra from the sidelines.

“I will always be her biggest fan and especially since it’s a male dominated sport and she goes out there and works just as hard as the boys do.” Shianna Woods, Sierra’s older sister said. “She lifts just as much as the boys do."

Shianna’s favorite part about watching her sibling on the field is the reaction from the players.

"Most of the time they don't even realize she's a girl until after the game because she has her hair braided,” Shianna said. “She'll tuck it and they'll be like ‘Oh my gosh that's a girl, she's so good, we didn't realize that.’"

Sierra's teammates get a kick out of it, too.

"She is one of the toughest girls I have ever met in my entire life,” Greene said.

That includes the boys.

Sierra said it hasn't always been easy because she's a female.

"That's when I noticed I had to work harder to get my position in football, because when I’m tailback I have to work at least 100 percent harder than everyone else on the field to get that position,” Sierra said.

But she did it. She is Mannford's first female tailback and only a freshman. She's using her achievement to remind the world of sports that girls can compete with the boys.

“I think that football is an everyone sport,” she said. “Everyone can play it. You just have to work hard to do it."

Sierra also plays softball and is currently running track. She will return to the football field next season.