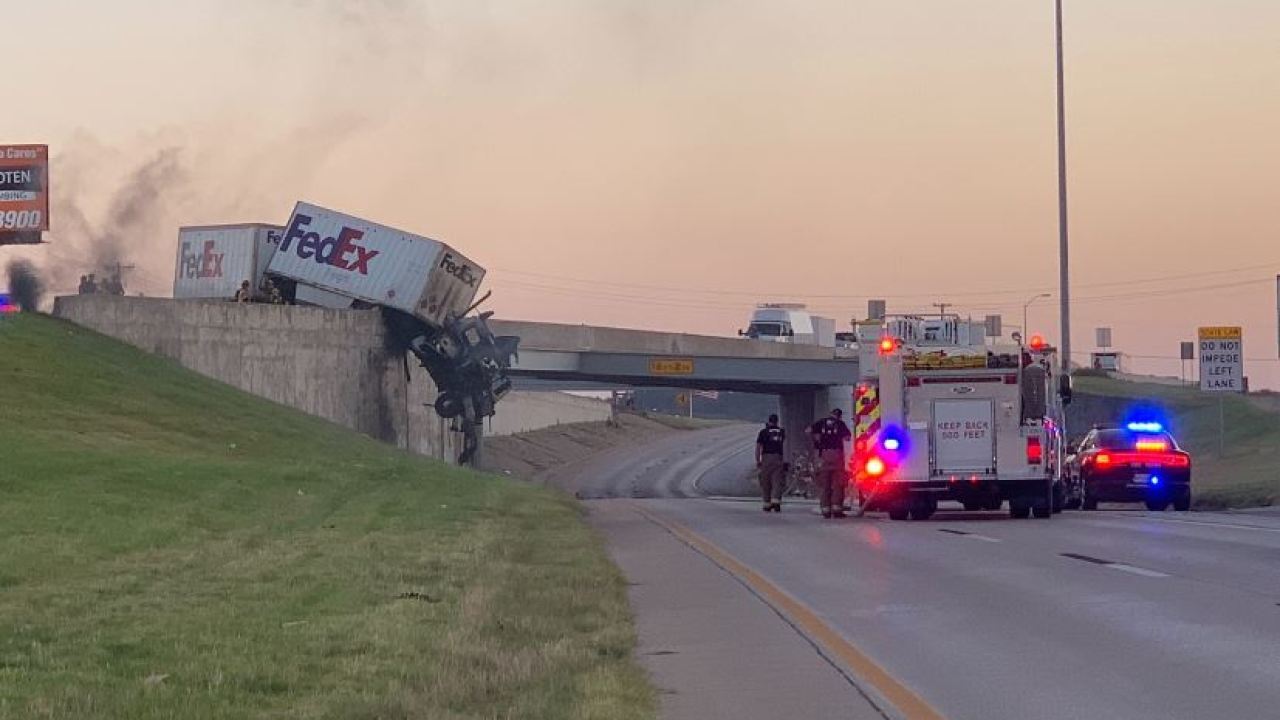 SAPULPA, Okla. — Authorities have identified the driver of an SUV who died Thursday night after a head-on crash on Interstate 44 near Sapulpa.

Authorities say the driver of an SUV, who died in the wreck, was going the wrong way on the interstate when he struck a FedEx truck head-on. The driver of the SUV was identified as Marshall Douglas, 31, from Sand Springs.

Officials say that all lanes have reopened.

The impact caused the FedEx truck to catch on fire, with part of it dangling over the edge of the bridge above Highway 66.

The driver of the FedEx truck was not hurt.

Sapulpa police are investigating as to why Douglas was driving on the wrong side of the road, and awaiting the results from a toxicology report.

Eastbound traffic from the Turner Turnpike was diverted onto the Creek Turnpike overnight while crews cleaned up the wreckage.