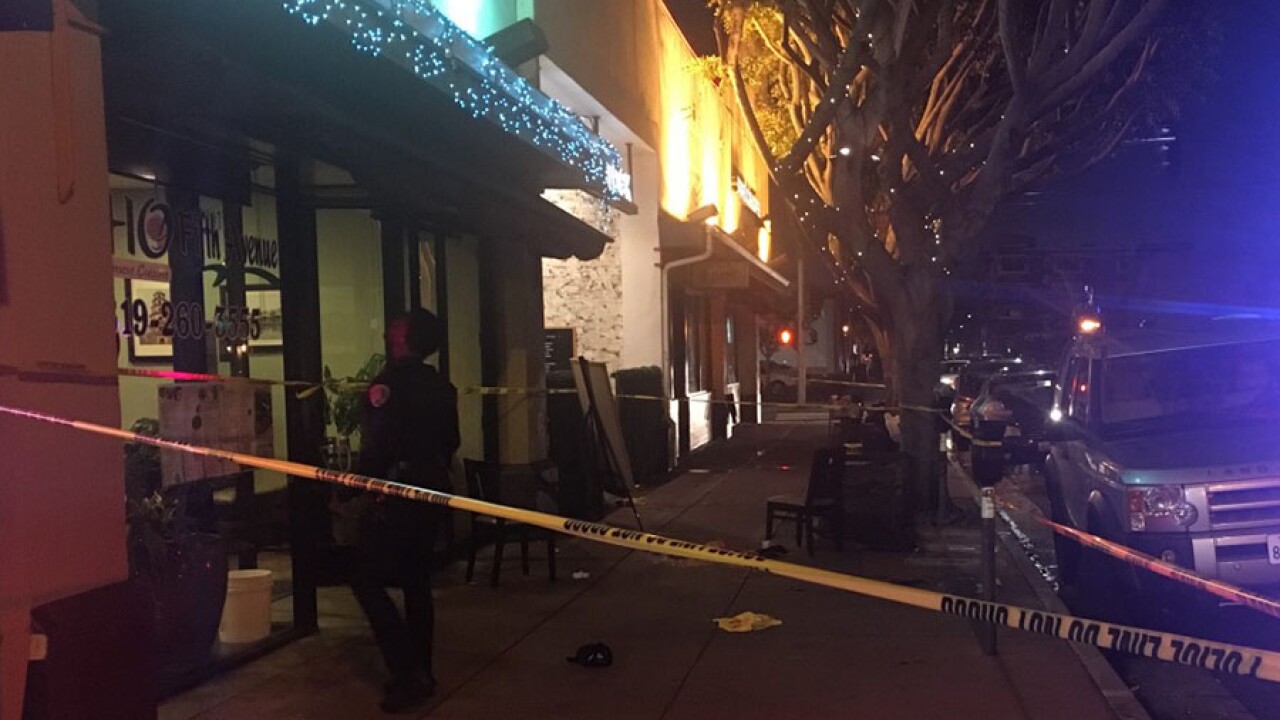 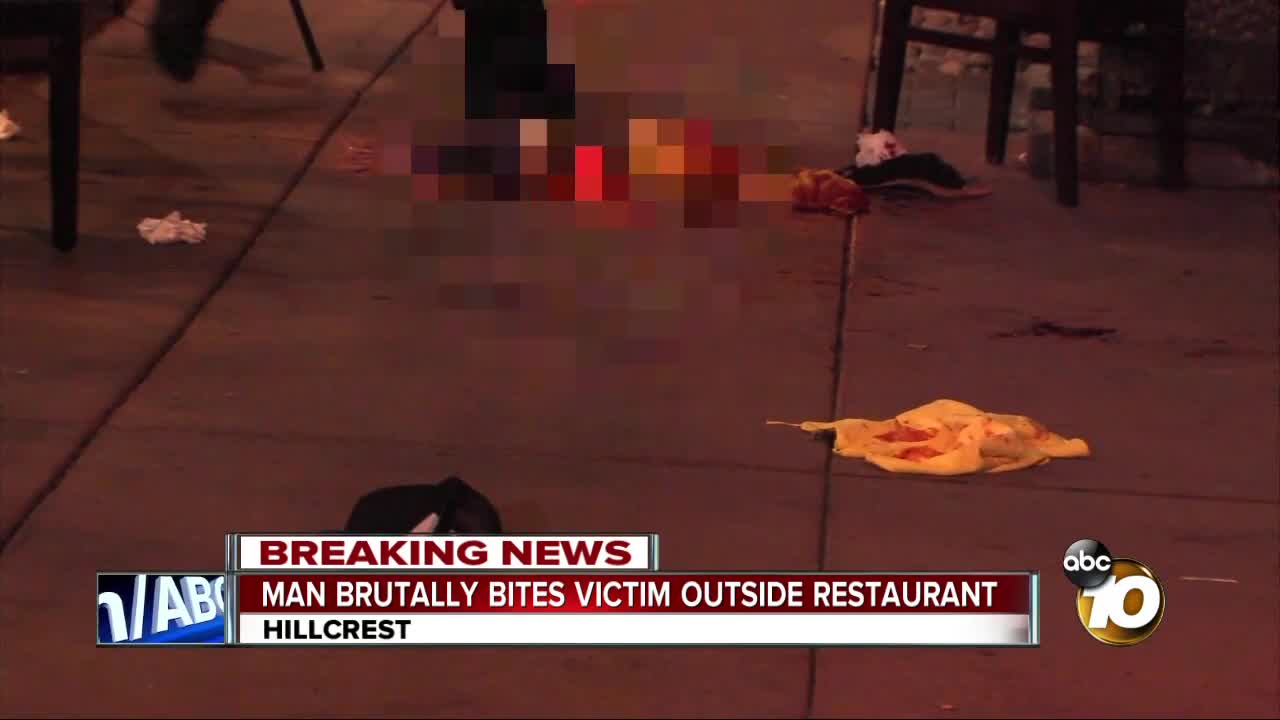 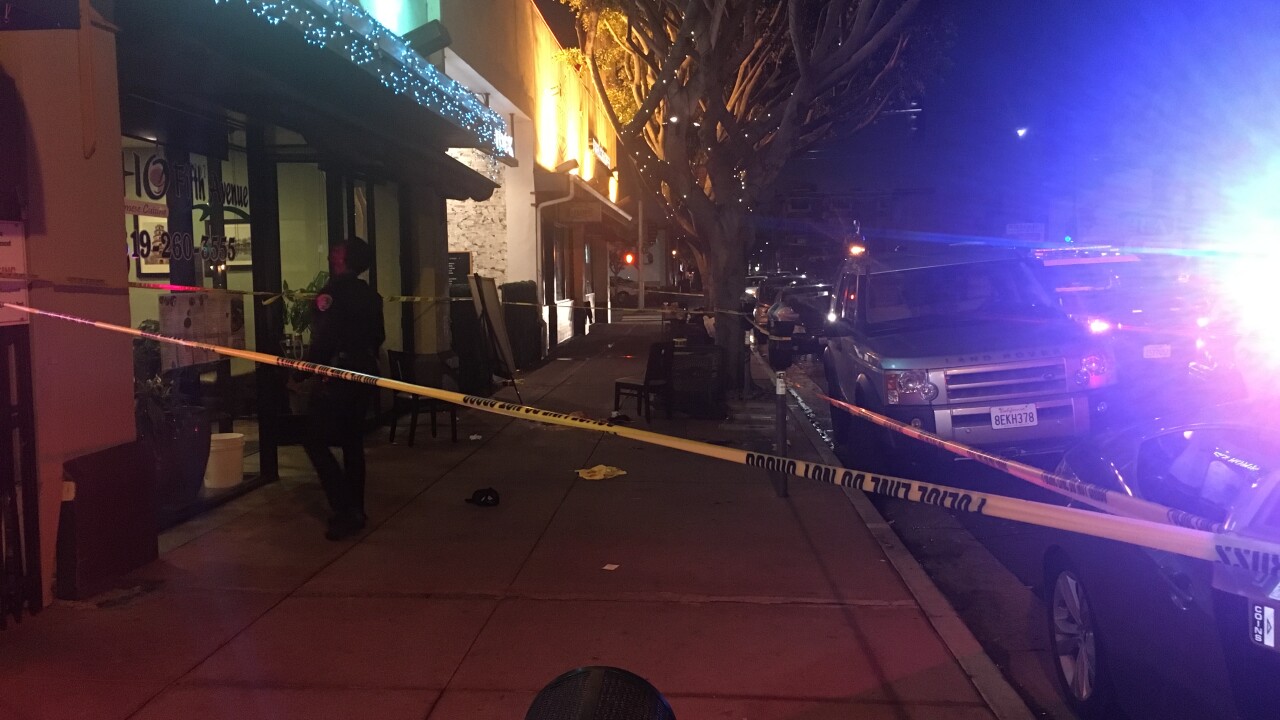 The suspected attacker entered the Pho Fifth Avenue Vietnamese restaurant at around 9 p.m. and was reportedly behaving erratically, police said.

The restaurant worker attempted to escort the man out to the street, and just as they made it outside, police said the man bit the employee’s forearm.

“We know a vein was hit,” said SDPD Lt. Andra Brown, commenting on the significant amount of blood that was left on the sidewalk.

The first officer that arrived at the scene was able to apply a tourniquet before paramedics got there. The man was taken to the hospital with injuries not considered life-threatening.

Police said they have identified the suspected attacker based on several witness accounts. Some witnesses said the man frequents the area.

As of early Thursday morning, however, the suspected attacker had not been taken into custody.