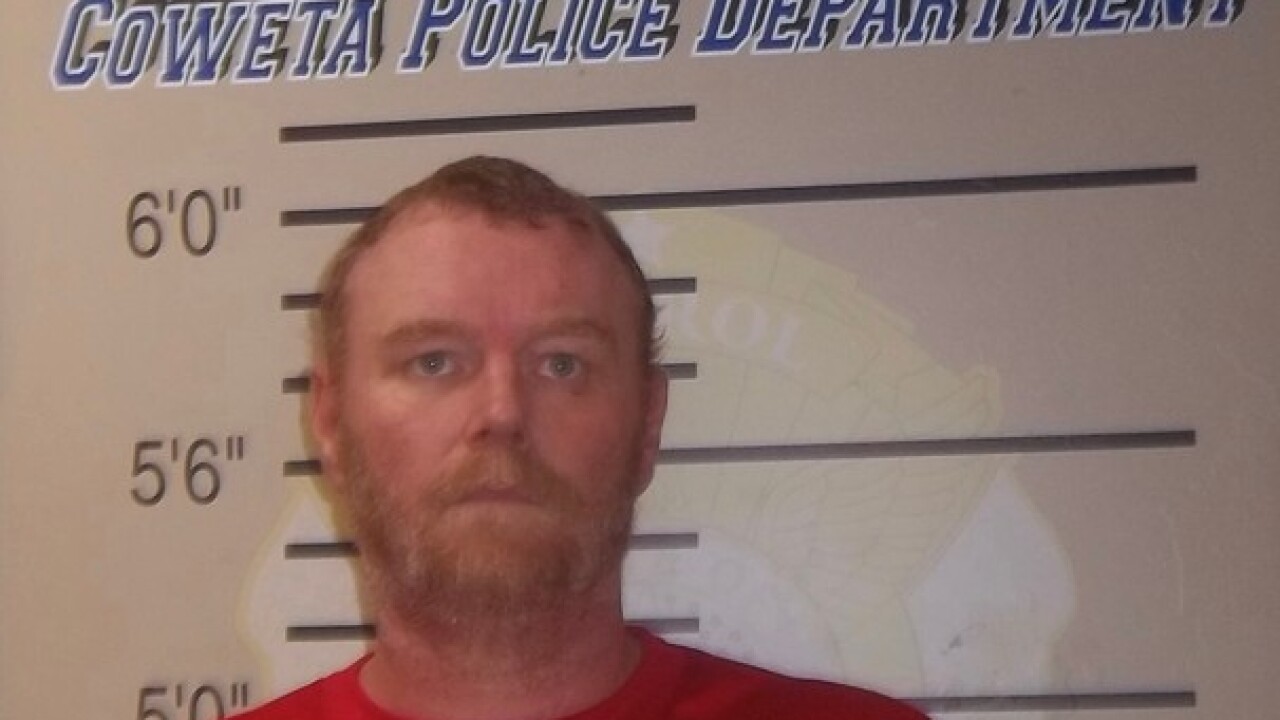 Coweta police said a man has been arrested and accused of kidnapping.

Police said Lonnie Replogle, 38, was arrested after the victim stated he kidnapped her and held her against her will for the past month.

Police said the incident happened Wednesday when a Walgreens employee contacted police saying the victim and Replogle were inside the store after being made aware of the possible kidnapping.

When police arried, Replogle tried to flee the scene and in the process, struck two police cars, police said.

Police said a third police car was able to pin Replogle's drive door so he couldn't flee on foot.