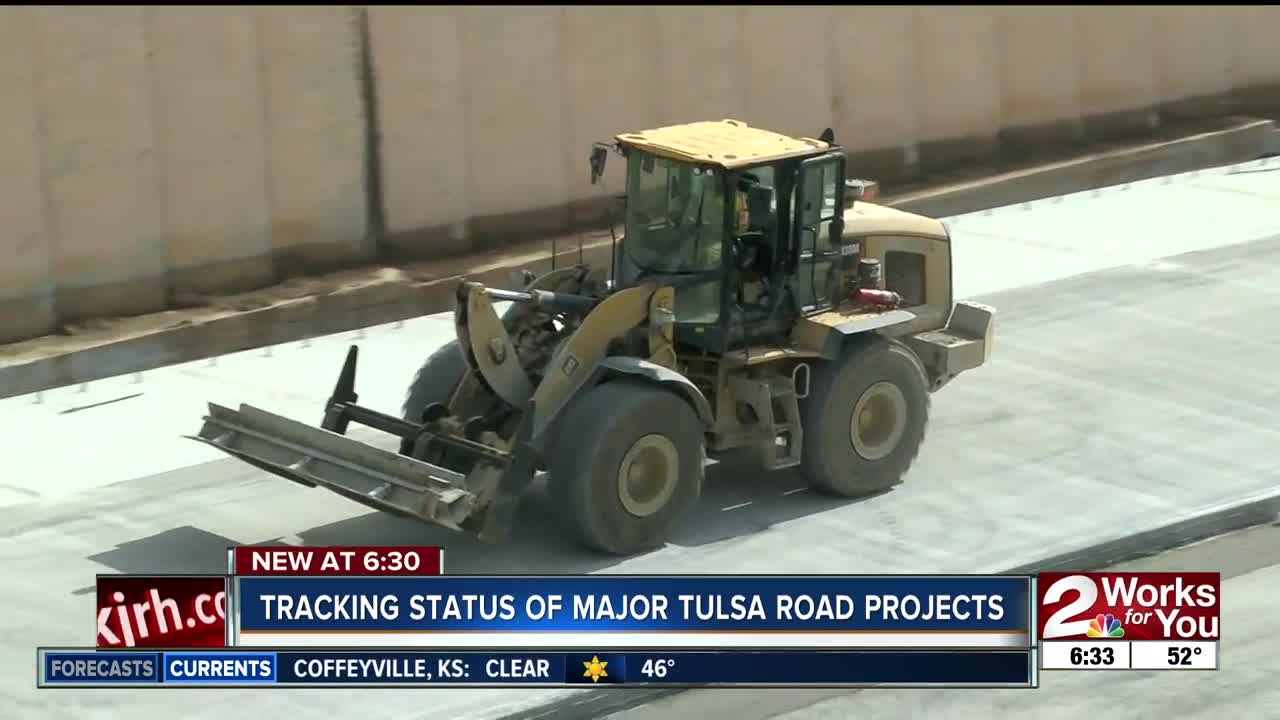 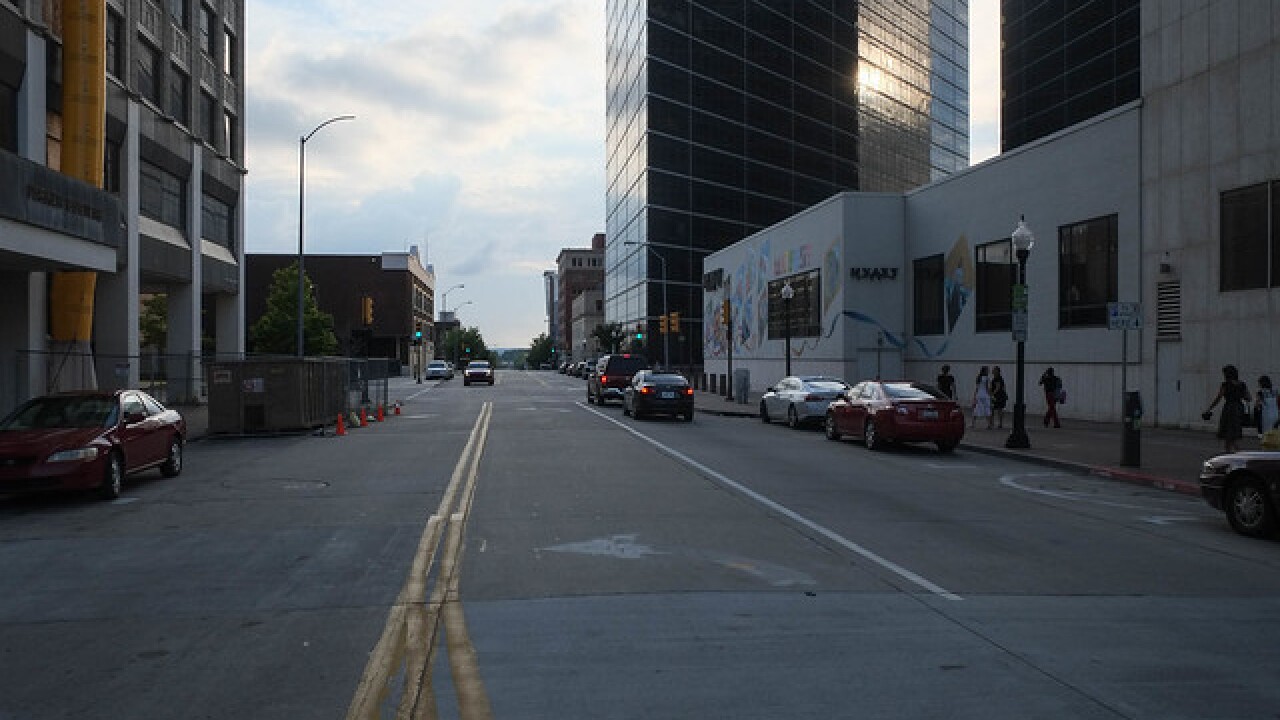 TULSA — If you're driving in Tulsa, one thing is certain - you're going to run into construction.

You may have even gotten turned around or have come to a complete stop because of cones and barricades.

The IDL is probably the biggest construction zone in northeast Oklahoma right now.

But it seems like construction affects almost every corner of the city of Tulsa.

From Detroit Avenue, you can hear the church bells at Boston Avenue Methodist Church.

What you won't hear are a lot of cars coming down Detroit.

You get the occasional passerby, but what you mostly get is silence. It's a sound (or lack thereof) that's not good news for local business owner Jim Blankenship.

"It has literally shut down our whole street," said Blankenship.

He's talking about the ongoing construction on the inner-dispersal loop downtown.

Just yards away from where his auto shop has sat for more than 40 years.

But since January, when construction began and ODOT closed lanes and streets, customers and suppliers have had trouble getting to him.

"We have to explain to them how to get here," said Blankenship. "After they get here, they're going round and round the block. It's a nuisance."

But a necessary nuisance according to ODOT Construction Engineer Seth Buchanan.

"A lot of these projects start eight-plus years in advance of construction," said Buchanan.

A lot has to happen in that eight-year plan.

"That includes any type of right-of-way we may need," said Buchanan. "There are utilities and there is coordination with the local municipalities."

ODOT develops a traffic management plan in coordination with the federal highway administration, which figures out how traffic should flow during construction.

For example, on the IDL they are using a clockwise versus counter-clockwise detour.

"For these big projects, we look at traffic patterns," said Buchanan. "We look at constructability and what we can and can't do with the present conditions."

On the south and east legs of the IDL, crews have been replacing the pavement and rehabilitating bridges that are over 50 years old.

"We'll be able to switch traffic and basically reverse our detour and then we can handle the eastbound lanes at that point," said Buchanan. "We're going to be doing the same process."

Not too far from the IDL road work, is the road reconstruction on Lewis Ave from 11th to 21st Streets

"We took the pavement all the way down to subgrade and built it all back up with new curbs and new driveways," said City of Tulsa Field Engineering Manager Britt Vance. "It'll essentially be a new street when we're complete."

The project was supposed to be done last November.

"We had some utility issues out there - some unknown utilities and utilities that made us do things a little bit differently than we had planned," said Vance. "We also had some easement issues with the railroad."

But why is there so much construction happening at once? Why not just focus on one project at a time?

"We have a certain period of the year that we can do this kind of work," said Vance. "During the winter, we really can't. If we were to focus on just one area at a time, we would not get nearly as much done, and we really have to utilize the funding when we have it."

Funding that hasn't always been around.

"We didn't have funding for so long that our system kind of fell behind, so now we're playing catchup," said Vance.

So, drivers, residents and business owners like Blankenship will just have to push through.

"We know the traffic is going to come back one day and my customers have been loyal, so all I have to do it hang on and hope they keep coming back," said Blankenship.

The IDL construction is set to wrap up at the end of the year, so we're halfway through.

Of course, there is also the construction on Highway 11 by the airport - which includes detours and lane closures.