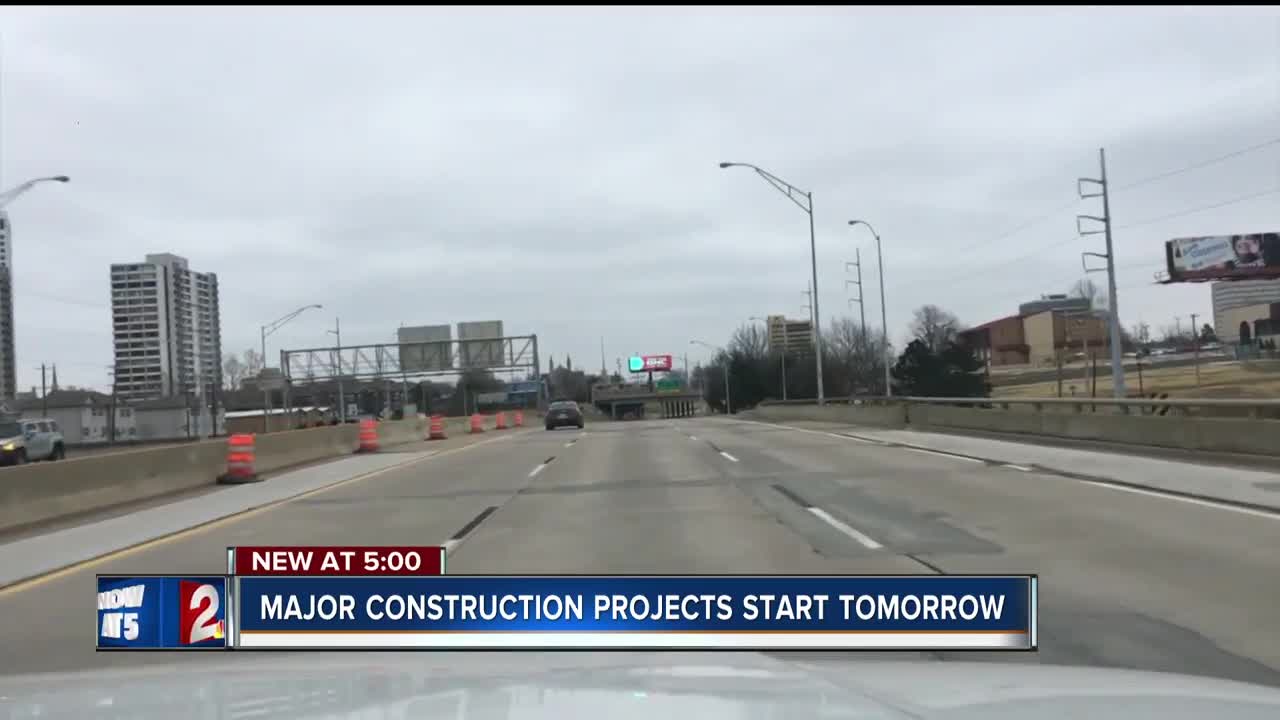 TULSA — The holiday season is over and tomorrow and most people will make the commute back to work.

But those traveling into downtown Tulsa will need to leave a little early.

It's a huge project - replacing all the pavement on the south inner-dispersal loop. It's one that's overdue, but will still create headaches Wednesday morning.

"With that, unfortunately, drivers are going to be inconvenienced for about the next year going in and out of downtown," ODOT Public Information Manager Kenna Mitchell said.

For the first couple of days back to work in the new year - ODOT suggests leaving 15 to 30 minutes early - and planning ahead to avoid travel headaches.

"We certainly expect tomorrow morning with the first closures on the south leg in the westbound direction starting before morning rush hour that we're going to have some folks that are going to have to learn this detour on the fly," Mitchell said.

There will also be a three-month project beginning at the US-64 bridge over the Arkansas River, which will bring traffic to one lane.

ODOT urges with all construction that drivers pay attention and avoid creating any further delays.

"It's just going to take one driver causing one accident or one traffic tie-up that's going to inconvenience thousands of drivers," Mitchell said.