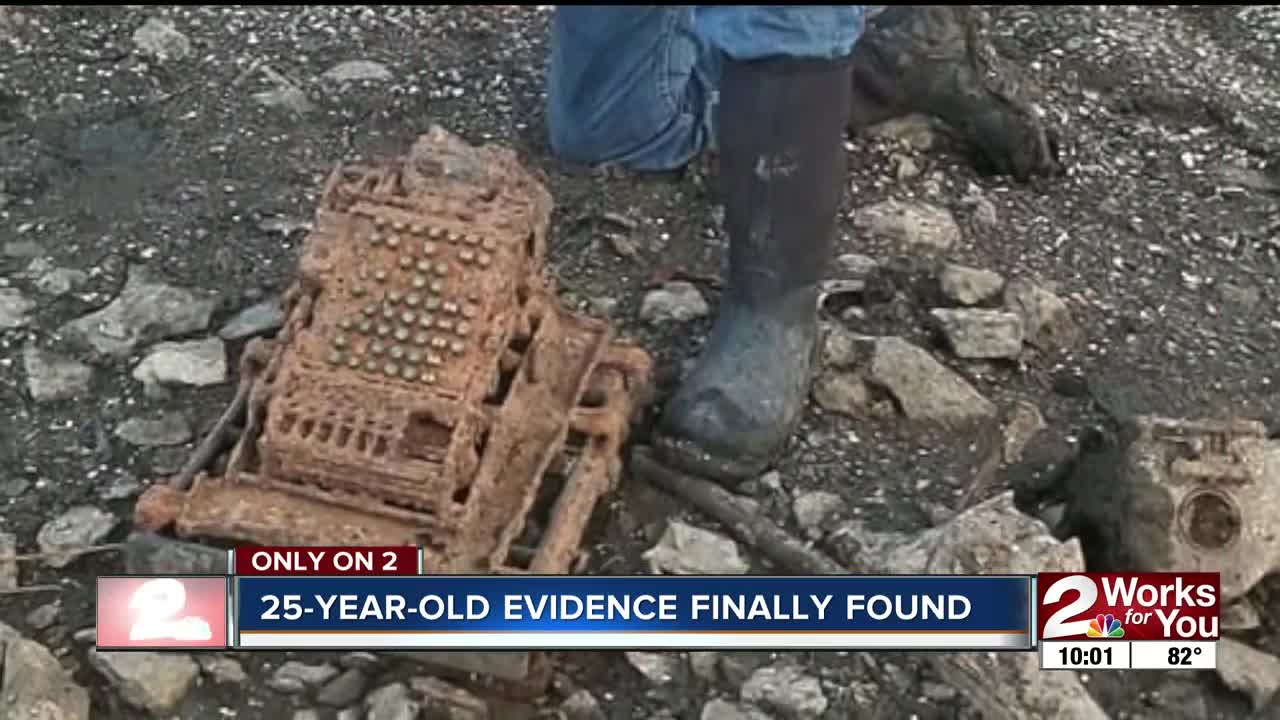 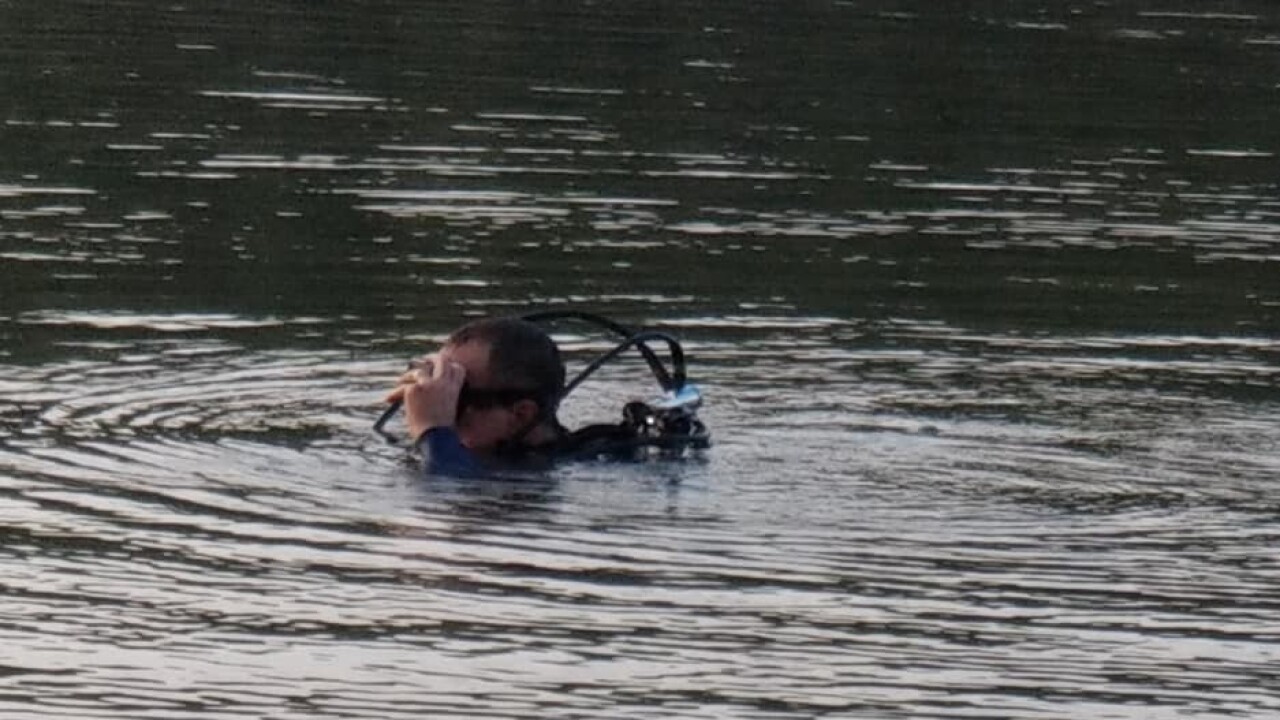 BRAGGS, OK (KJRH) — A 25-year-old case had one piece of evidence that never turned up - a cash register said to have been thrown off Highway 10 into the Arkansas River. It wasn't until the river hit historically low levels that it finally surfaced.

The river dropping to allow recovery efforts continue for the crashed barges at the Webbers Falls dam is giving law enforcement a unique opportunity to dig up old evidence.

One search ended up unexpectedly - with a find a quarter century in the making. Former Muskogee County Deputy Sheriff Juston Hutchinson was helping in a search for evidence in an open case, when he realized he was exactly where a piece of missing evidence from a 1994 case was said to be dumped.

"There's no visibility in the water, so we just have to get lucky and come across it or the water has to go away so you can find it in shallow water," Hutchinson said. "It was just one of those things, as soon as you see it things rush in."

It was a cash register, supposedly pried open and ditched off the Highway 10 bridge into the Arkansas River. When he found it, he couldn't believe it at first, especially because it was sitting out in the open with the river down so far.

"At first, you think it never went over the edge," Hutchinson said. "And then you think, 'well it did go over the edge, and I absolutely found it'. It's just not something you would ever expect to recover."

Hutchinson says while he never expected to find the last piece of evidence from a case he worked his third year on the force, it's a good bit of closure.