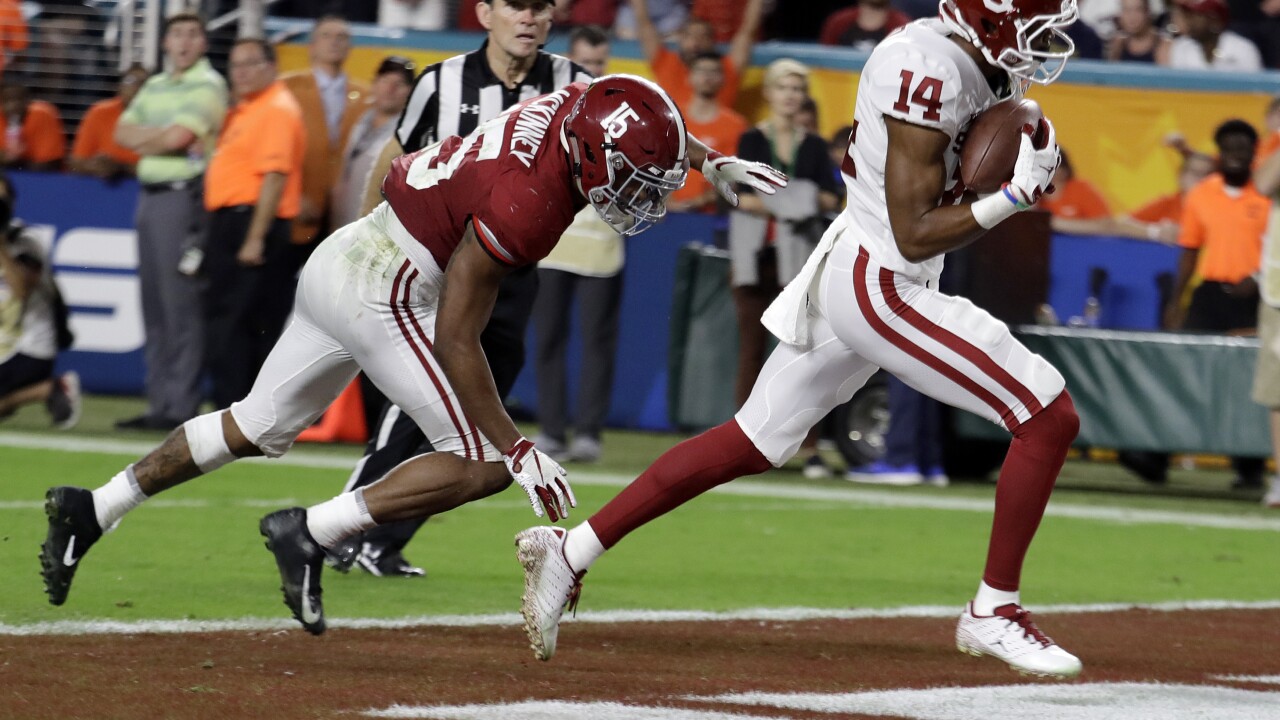 Lynne Sladky/AP
Oklahoma wide receiver Charleston Rambo (14) catches a pass for in the end zone for a touchdown ahead of Alabama defensive back Xavier McKinney (15), during the second half of the Orange Bowl NCAA college football game, Saturday, Dec. 29, 2018, in Miami Gardens, Fla. (AP Photo/Lynne Sladky)

Television ratings for the College Football Playoff on ESPN dropped from last season, dragged down by lopsided games and not being playing on New Year's Day.

ESPN says Alabama's 45-34 victory against Oklahoma in the Orange Bowl on Saturday night drew a 10.4 overnight rating, peaking at 11.8 early in the first quarter when the Crimson Tide jumped out to a 14-point lead. Alabama eventually led 28-0.

The network says Clemson's 30-3 victory against Notre Dame in the Cotton Bowl earlier Saturday drew a 10.3 rating, peaking at 11.2 when the Tigers scored with 2 second left in the first half to make it 23-3.

Last season, when the semifinals were played on New Year's Day and Georgia and Oklahoma went to overtime in the Rose Bowl, the games averaged a 13.9 overnight rating.