Locust Grove woman happy to get stolen wheelchair back 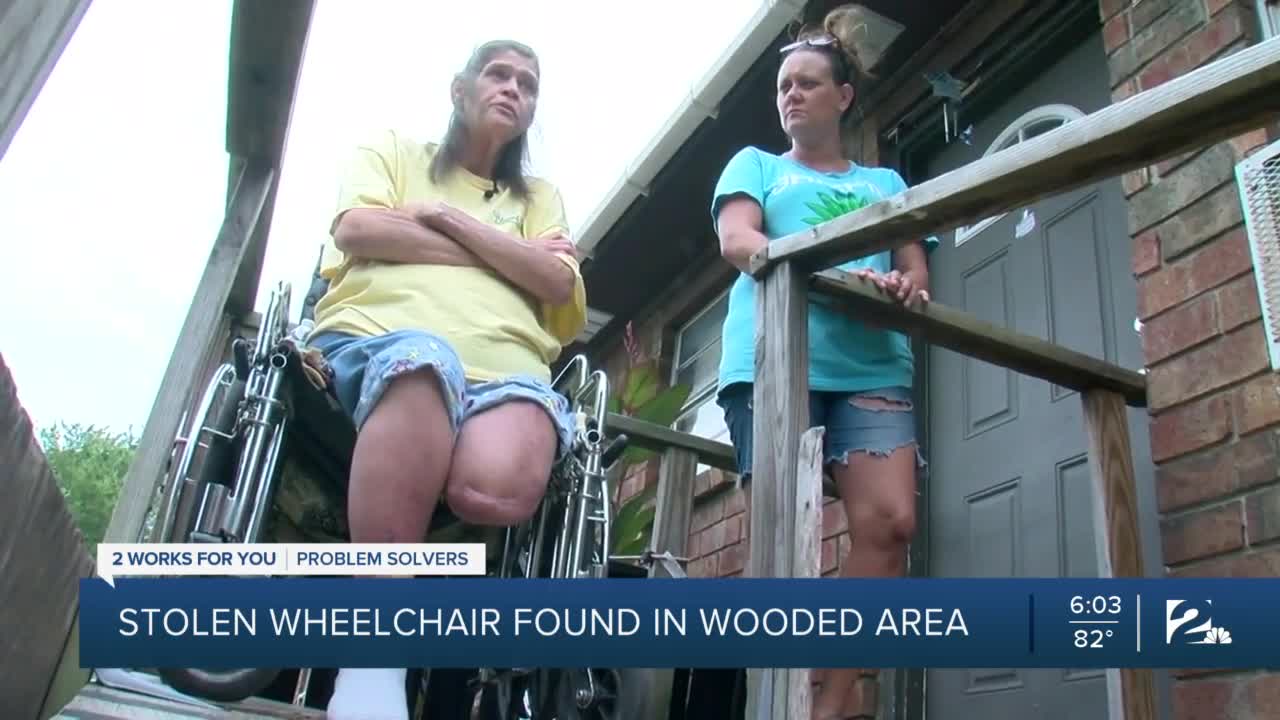 LOCUST GROVE, Okla. — Lenora Aguilar depends on her electric wheelchair to get anywhere after her leg was amputated in 2010 from diabetes.

When it was stolen this week, she was devastated.

"I was very upset because I don’t know how else to get in and out of my home," Aguilar said.

She said it was stolen on Monday before midnight after she took her husband to work.

"I came back within 30 minutes, and it was gone, and I’ve left it out here 100 times because I don’t have much choice," Aguilar said.

She normally leaves her wheelchair next to her car, so she has easy access to get out and inside her home because of her situation. Feeling hopeless after the theft, her niece took to Facebook to spread the word in the community.

Aguilar's friend, Tiffany Welch, saw the post and didn't think much of it, until she recognized the wheelchair during her walk on Wednesday.

“I looked back in there and seen the chair on the side and thought and it looked familiar. I said, 'Oh my gosh. That’s Lenora’s chair,'" Welch said.

She picked it up and drove it to her friend's house just half a mile away, surprised it even had enough battery to make it there. It was a happy exchange between the two this afternoon.

Aguilar said she's grateful to have her wheelchair back and hopes it hasn't been greatly damaged. It isn't under warranty. After the theft, she was left using her manual wheelchair, which she said has bad brakes and is difficult to get up and down her apartment's ramp.

She hopes she is left alone and whoever stole it doesn't come back.

"I live on a dead end road. There’s usually not that much problems over here. We just don’t have people messing around too much," Aguilar said.