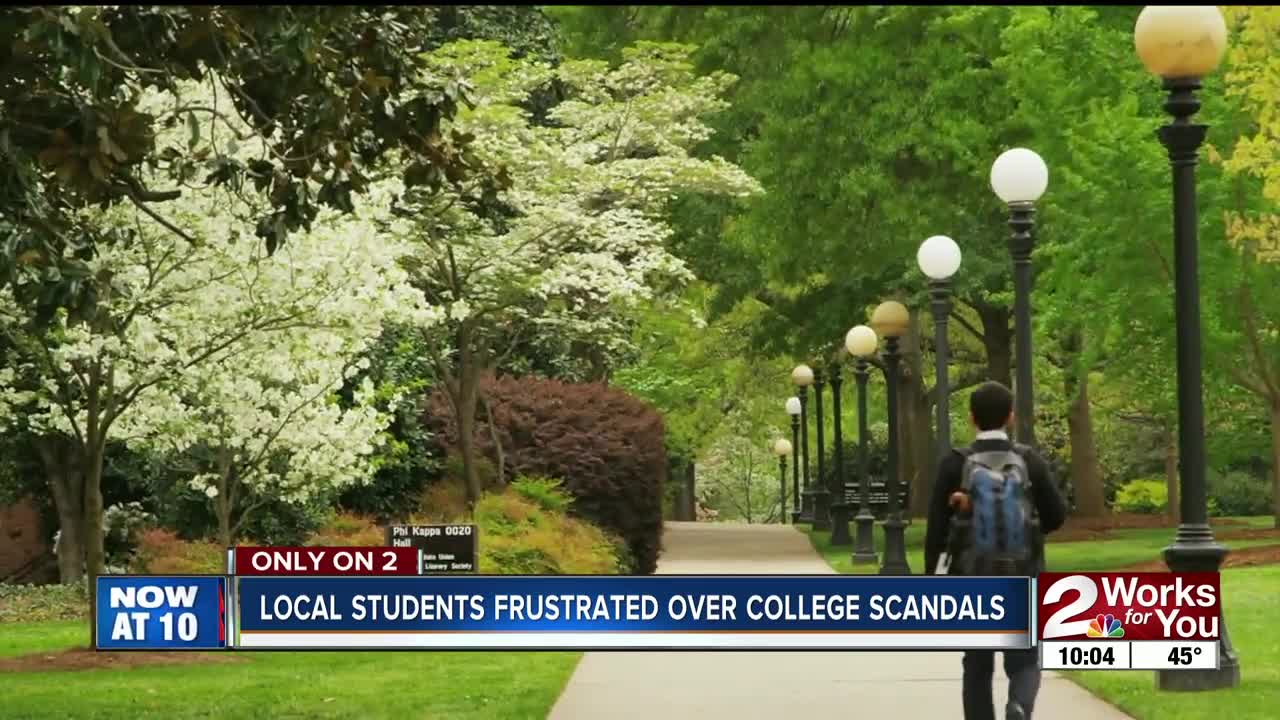 TULSA -- The first lawsuits were filed, targeting elite universities charged by federal prosecutors in the nationwide college admissions scandal. We spoke with local high school students and counselors to get their take on what it really takes to prepare for college.

"I’ve always tried to keep my options open and I applied to a couple of places but it was pretty much always OSU," said Lamkin.

She applied for several scholarships and put hours of studying into ACT and SAT exams, while taking multiple AP courses.

"For a kid that doesn’t make the same grades as me and doesn’t do the same things as me, but their mom is famous and rich to pay off the colleges, they get to go? It’s totally unfair," said Lamkin.

Hearing about the college admissions scandal, where wealthy parents bribed schools to get their kids in, frustrates her, especially after seeing her classmate David Ihim work hard to get into Stanford.

"He earned that, and if somebody else took that spot from him, because they had money and he didn’t, that would’ve been unfair to him he was amazing," said Lamkin.

"A lot of them have lives that are chaotic and even that is a hurdle that’s very difficult for whatever reason," said Kerpman.

Ginny, with her heart set on OSU, says it’s about finding the right fit for you, not about what social status comes with the school.

Ginny was accepted into OSU and plans to study pre-med to become an OB/GYN.