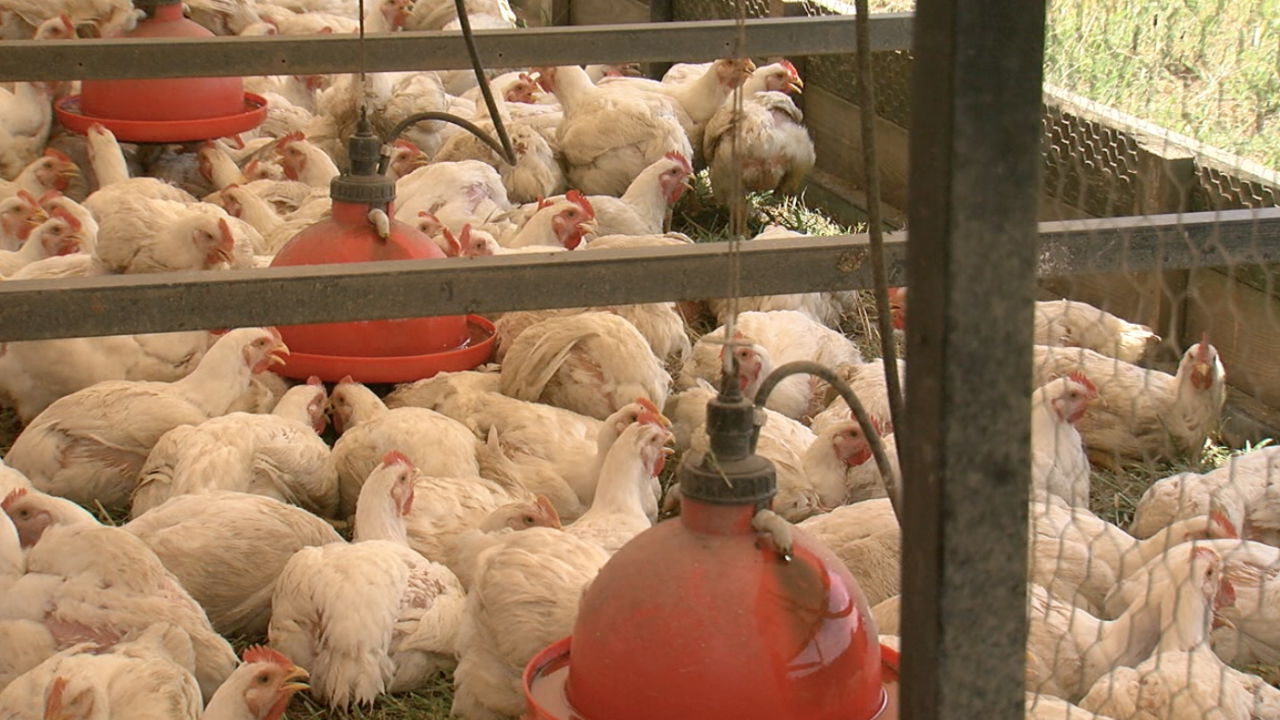 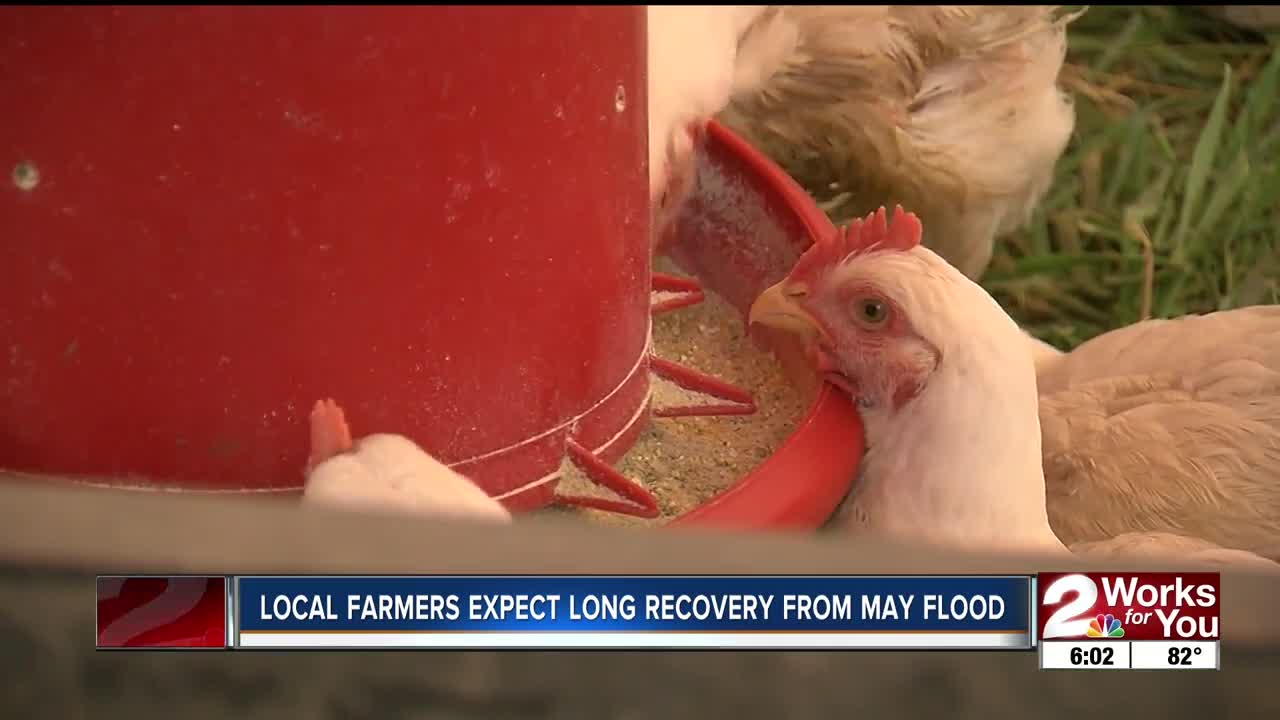 ADAIR, Okla. -- According to the U.S. Department of Agriculture Farm Service Agency (FSA), more than 5,400 Oklahoma farms in 24 counties were impacted by the May flood.

Angela Faughtenberry, a proud Oklahoma 'farm-her', trekked through two feet of water on her pasture in Adair in late May.

"We just didn’t have a chance at all, it was just so, so high," said Faughtenberry, Owner of 413 Farm.

She thought the threat to her business during that time was tornadoes, but she quickly learned the real enemy was flash floods.

"We’re devastated, we lost our entire flock one day before we were going to butcher," said Faughtenberry.

Four feet of water total covered the field, which killed about 7,000 chickens.

"It was thousands of dollars because we fed them our non-GMO grain all the way up to eight weeks up until butcher," said Faughtenberry.

It wasn't until three and half weeks later where she could get back to her farm. She started to clean her property by washing shelters, removing debris from the fences, and fixing the feed truck. Her goal was to get back on track to sell her products to local restaurants.

Faughtenberry says they’ll typically have hay fields up to their waist, but because of the standing flood water it killed the pasture that they would’ve baled for winter feeding.

"All of our profit on these flocks through the end of the year will go to pay down the feed bill and livestock bill from the purchase of those chicks," said Faughtenberry.

She says it'll take the rest of the year to recover from the financial loss from the month of May, but she named her business after Philippians 4:13 for a reason.

"I can do all things through Christ who gives me strength, and this spring we certainly needed it," said Faughtenberry.

The FSA is extending the prevented plant crop reporting deadline for Oklahoma producers affected by spring flooding and excessive moisture.

Farmers are encouraged to contact their local FSA office as soon as possible to make an appointment to report prevented plant acres and submit their spring crop acreage report. To locate your local FSA office, you can visit their website.