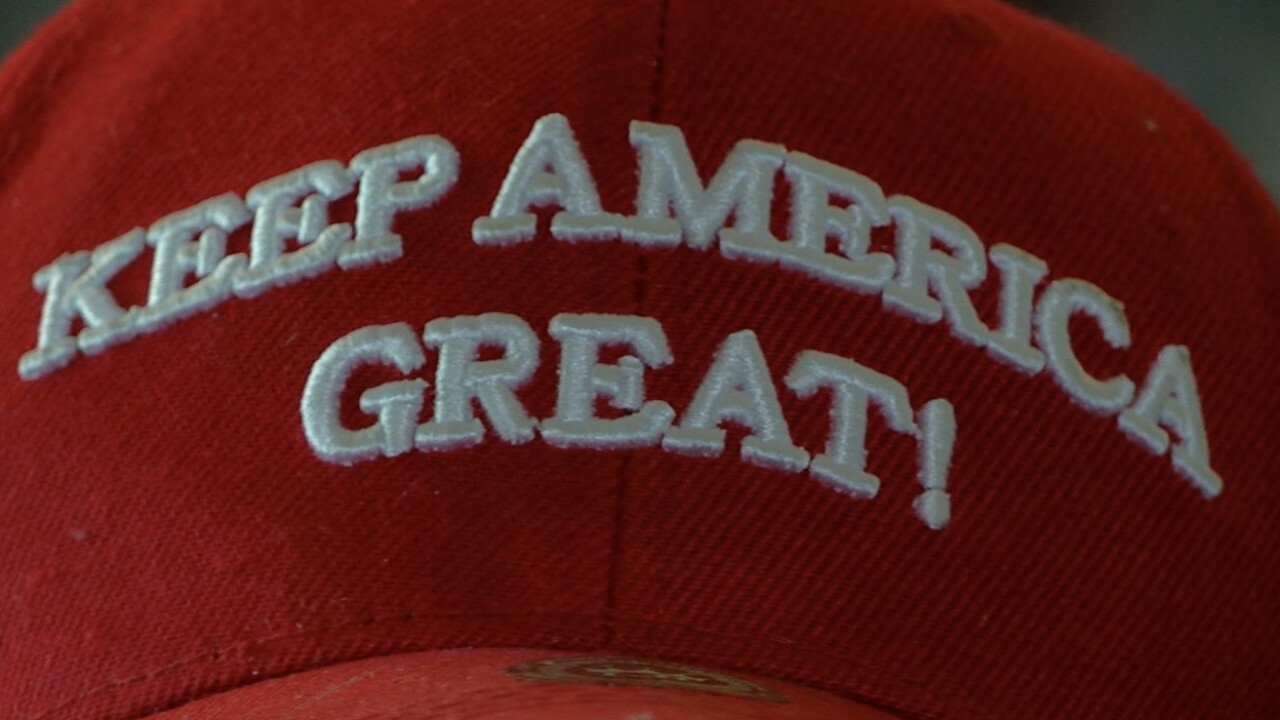 TULSA, Okla. — One Tulsa family is upset after an encounter at a local restaurant.

Rendi Conn said she’s a regular a Monterey’s Little Mexico near 21st and Sheridan. But now, she won’t be going back for a while.
She and her family, including her nephew Kasey, went there for dinner Monday night. Kasey wore a “Keep America Great” hat, which, Rendi said, their waiter didn’t like.

“He said, ‘If you come back in here wearing that hat again, I’m not going to serve you,'" Rendi said. "Kasey looked at me and I looked at him and I said ‘Excuse me?’”

Rendi said the waiter then told her they better hope the kitchen staff doesn’t see the hat.

The group, which ranged in ages from 85 to three, decided to leave. Rendi then posted a video about the incident on Facebook, which now has more than 40,000 views.

Both Rendi and Kasey said it’s not about the politics, but they’re worried about their health amid the pandemic.

“That just made me uncomfortable with it because I had my child with me who was about to eat that food," Kasey said. "On top of that, we ate there the night before. We had a different waiter, but whose to say that they didn’t have a problem with my hat too and just didn’t say anything and spit in our food?”

Rendi said managers reached out to apologize for the waiter’s actions.

Meanwhile, Kasey said everyone has a right to their own political opinion and that it shouldn’t affect where you can eat.

“If somebody went in there with a Biden hat and got treated the same way I’d be just as mad because that’s wrong," Kasey said. "Everybody has a right to believe what they want. And we shouldn’t be targeted just because I support my president and I like my hat.”

We reached out to Monterey’s, which sent us a statement saying:

"Monterey's Little Mexico prides itself on being a positive force in the community and considers it an honor to provide delicious meals and a welcoming atmosphere to everyone who walks through our doors, regardless of their personal or political beliefs.

We were made aware of a recent incident that occurred between a member of our waitstaff and a customer in which our patron did not feel welcome. We want to make very clear this incident reflects the values of one individual and does not uphold the values Monterey’s Little Mexico cherishes. We have terminated the employee that interacted with our customer. We have also spoken directly with our customer to express our sincerest apologies and promise to do better.

As this is the first time something like this has occurred that we are aware of, we are using this as a teachable moment with our staff and reinforcing our values. As always, we remain committed to upholding the highest standards of safety in all of our restaurants and in the food that we serve. We understand these are challenging times, but we are firmly committed to offering a safe and community-oriented restaurant where everyone is welcome, and safety is the utmost priority."