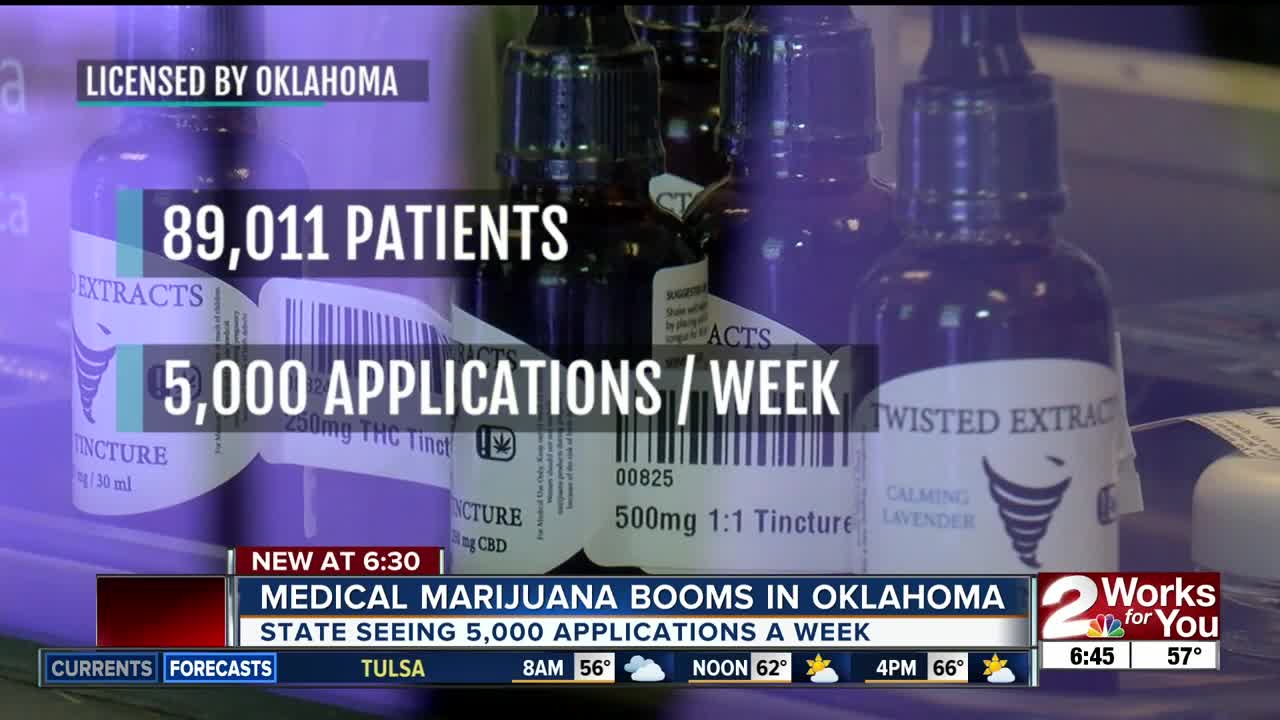 The medical cannabis industry continues to boom in Oklahoma with more than 89,000 patient cards licensed since last year. The Oklahoma Medical Marijuana Authority says it receives about 5,000 applications a week.

"I suffer from carpel tunnel in both my wrists. I have onsets of carpel tunnel. I have a cracked vertebrae in my neck from an old skiing accident when I was younger," says Dawn Arbo, who is licensed by the state to use medical cannabis.

She shares that she used to feel miserable from the pill medication she was prescribed for her pain.

"I couldn't function. I had to be at home, in bed, asleep," says Arbo.

The Tulsa resident is one of thousands holding a medical marijuana card.

As of April 15, the Oklahoma Medical Marijuana Authority (OMMA) received more than 100,000 patient license applications. A total of 89,011 applications were approved.

A spokesperson for OMMA says they receive about 5,000 patient applications a week. This demand is keeping doctors busy.

Dr. Woodward is certified by both the Oklahoma Board of Medical Licensure and Supervision and the American Board of Neurological Surgery.

She works closely with Simply Green Farmacy dispensary holding walk-in clinics and drives since November 2018. According to staff from the dispensary, they have helped more than 2,000 patients.

"I see a lot of patients with migraine headaches that use cannabis that other medications haven't helped," says Dr. Woodward, but adds that the most common health conditions she sees are anxiety and depression.

She says the majority of people seeking medical marijuana cards are middle age to the elderly, estimating that only about 30% are young people.

It's up to Dr. Woodward to determine what is deemed necessary to make a recommendation because under Oklahoma law, there are no qualifying health conditions listed.

Other states, such as Arizona and Colorado, list qualifying conditions which include cancer, glaucoma, HIV/ADS and PTSD.

While Oklahoma has one of the least restrictive laws in the country, Dr. Woodward doesn't see this as a bad thing.

"We get people randomly who have a condition that I would never have thought of that cannabis might help, and what if that weren't on the list?” says Dr. Woodward.