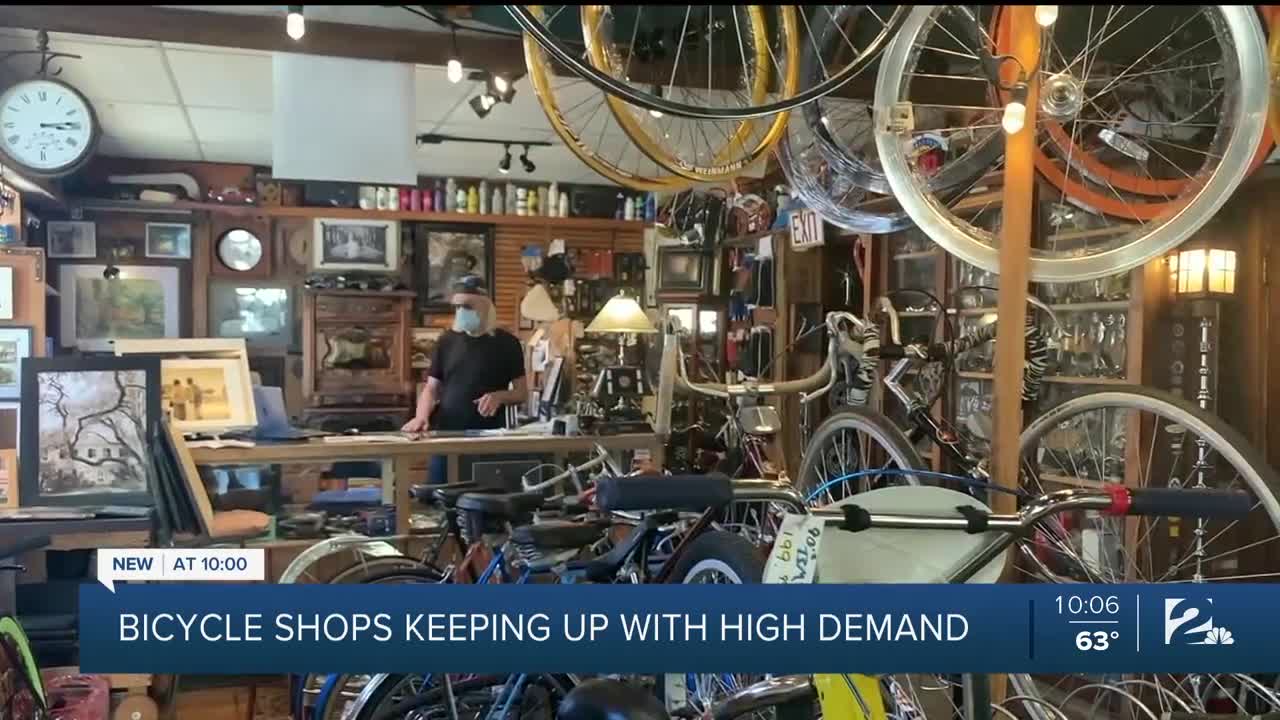 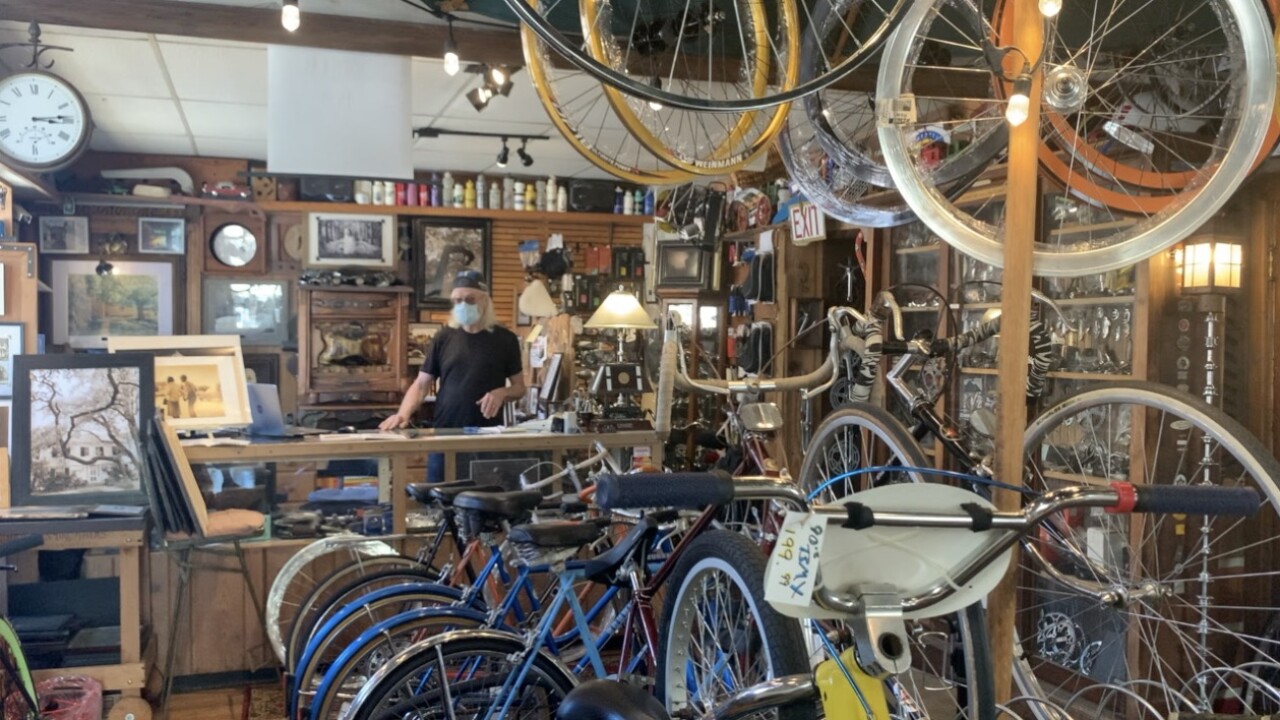 TULSA, Okla. — Many people are taking time during the coronavirus pandemic to get outside.

Tulsa residents Rick and Joann Winn said they noticed more people walking and biking around their neighborhood and wanted to get in on the outdoor fun.

“She said, ‘You know, it sure would be nice to have a bike so I can just go tooling around the neighborhood,'" Rick said.

They’re not alone. The trails along Riverside in Tulsa are busy with people getting in some outdoor exercise, with bike riding becoming an increasingly popular activity.

“With the lock down going on and everything they can get fresh air and hear the birds and smell the trees, flowers and stuff like that instead of being cooped up," said Gaylord Herron.

Herron owns G Oscar Bicycles in downtown Tulsa. While many businesses are struggling, his bike sales right now are double compared to this time last year.

“We don’t have any bikes either compared to what we had in the wintertime," he said. "They’ve been flying out the door.”

Herron said they haven’t had a delay in shipments yet, but that could change. He said his suppliers could have trouble restocking their bikes.

“But now they need the new group of bikes coming in from china on the sea," he said. "And they’re not here yet, so that’s the slow down, transportation.”

High bike demand affected the Winn’s shopping trip. They could only find one of the two bikes they were looking for.

“We’re going to kind of continue to shop a little bit and see what somebody else may have," Rick said. "But we may find that they have nothing because it seems like it’s kind of slim pickings out there.”

For anyone thinking about getting a bike right now, Herron said to do it not only for your physical health but also your mental health.

“And then all of a sudden you start to hear what’s coming from your soul," Herron said. "That’s one of the things the bike does. It allows you to gain access to your soul a little better. That’s why people should do it.”