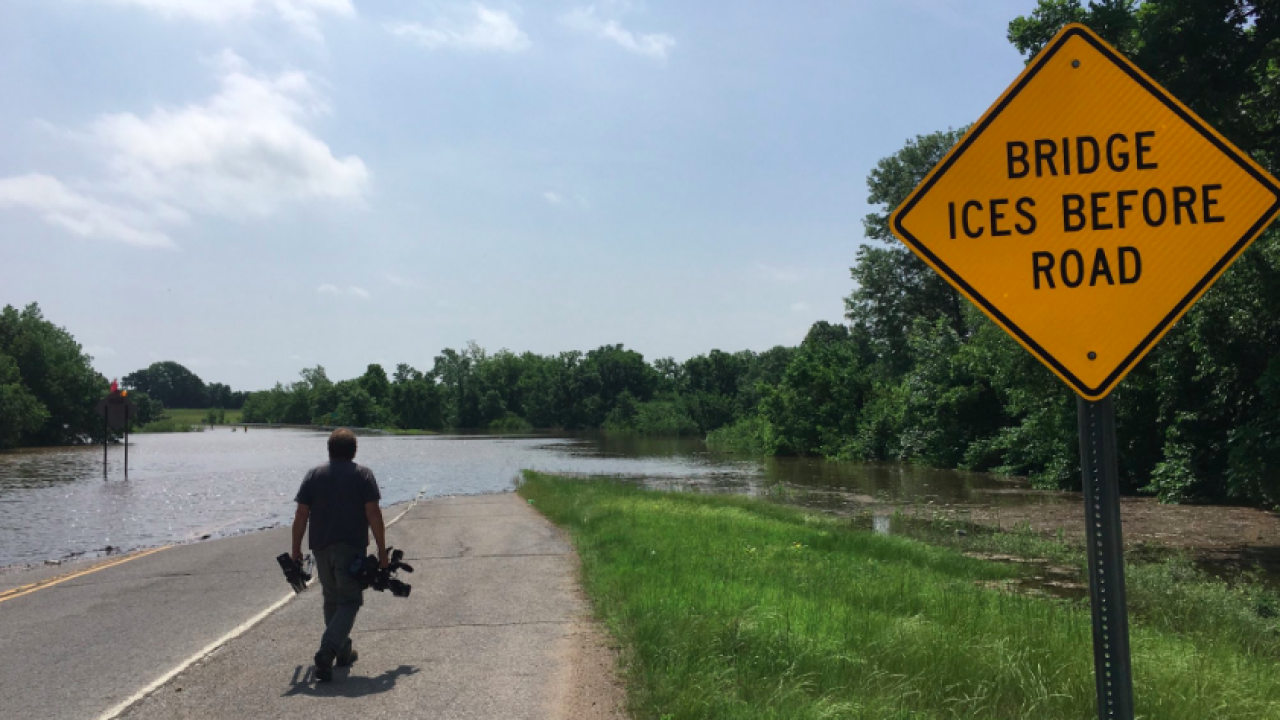 High water is discovered by a KJRH television crew as they were traveling down Highway 16 toward Okay, where they had heard there was some serious flooding off the Virdigris River. As they traveled down the highway, creeks flooding their banks and covering the road made sections impassable.

Highway closures across Oklahoma on Sunday, May 26.

GRANT CO.
US81 south of Medford to Pond Creek

SH-9 is closed one mile east of Hobart.

SH-19 is closed one mile west of Roosevelt.

US-77 is closed eight miles south of SH-51 near Mulhall.

SH-82 is closed at Grand River south of Langley.

Southbound SH-165 is closed at US-62 in Muskogee. Drivers are detoured west on US-62.

Eastbound US-64 is closed between Roland and Fort Smith, Ark.

Southbound US-69 is closed north of Muskogee at the Arkansas River. Drivers should use SH-51 or locate an alternate route such as SH-351/Muskogee Turnpike, which has eliminated tolls between US-69 and SH-165.