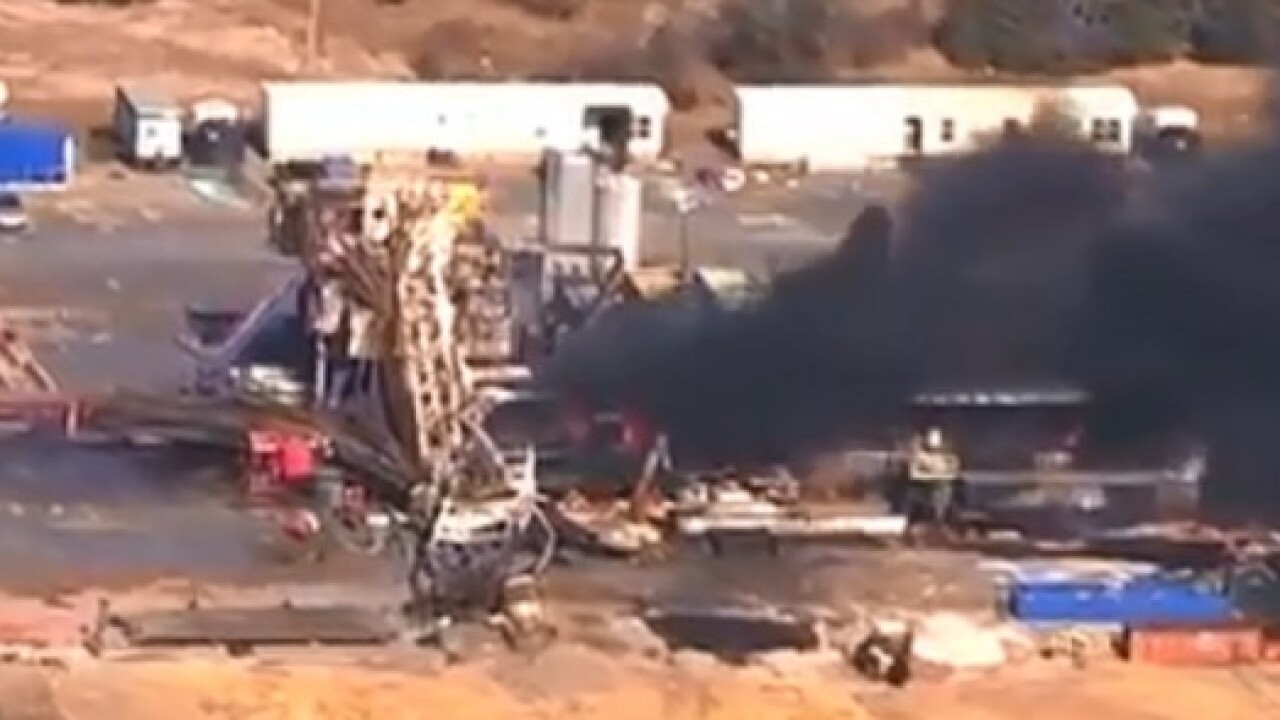 McALESTER, Okla. (AP) -- A wrongful death lawsuit has been filed over a natural gas rig explosion in southeastern Oklahoma that killed five men -- three from Oklahoma, one from Texas and one from Colorado.

Patterson-UTI declined comment in a statement, saying it's committed to preventing future such accidents. Red Mountain President Tony Say referred questions to his attorney, who did not immediately return a phone call for comment.

The Jan. 23 explosion near Quinton killed Waldridge, Matt Smith of McAlester, and Roger Cunningham of Seminole, Josh Ray of Fort Worth, Texas, and Cody Risk of Wellington, Colorado.