Kiefer students walk out in protest of teacher salaries 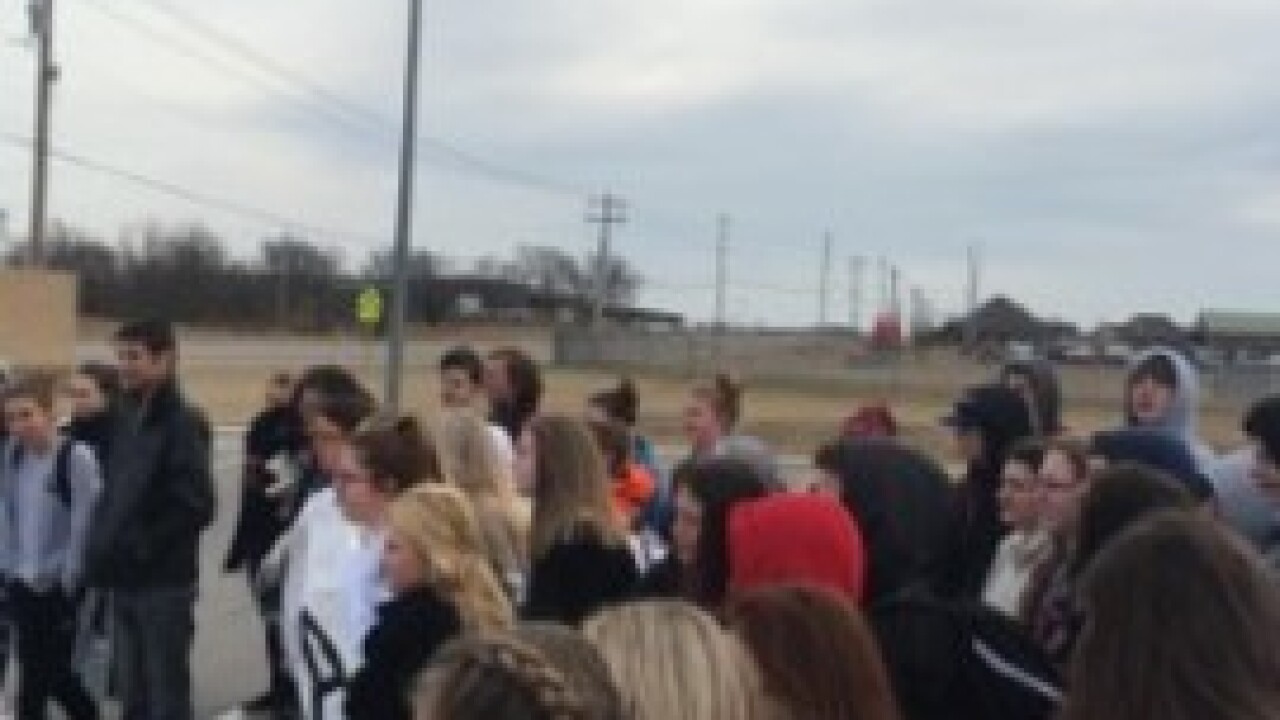 KIEFER, Okla. -- Students in Green Country are standing up for teachers across the state and pushing for higher salaries. A student at Kiefer High School organized a walk out and claims it won't be the last.

There's a quote on one of the buildings next to Kiefer High School. It says, "Leave a legacy.”

"Maybe they want a good education so that later on in life they can do something and become successful," Smith said.

On Friday, a handful of Kiefer High School students walked out of class. The reason was higher pay for teachers.

“My mom is a school teacher and they just do a lot for us," Capehart said. “I don’t think they really want us to do it, but we want to do it for them.”

Just days ago in Tulsa, Edison Preparatory School students walked out of class after lawmakers didn’t pass a bill that would raise taxes and ultimately raise salaries. It’s been 10 years since teachers have had a raise.

“I don’t think any teacher is really very excited about getting paid that much a year," Smith said.

That’s not stopping Skyler Smith. He’s using social media to organize another walk out next week, but says the principal doesn't support it.

“When I tried organizing another one for Tuesday, she said if I did that, then I would be suspended," he said.

As buses head out and a three-day weekend lies ahead, Smith plans to live by the three words on the building.

“Education is just key," he said.

2 Works for You reached out to the school district. Our calls were never returned.