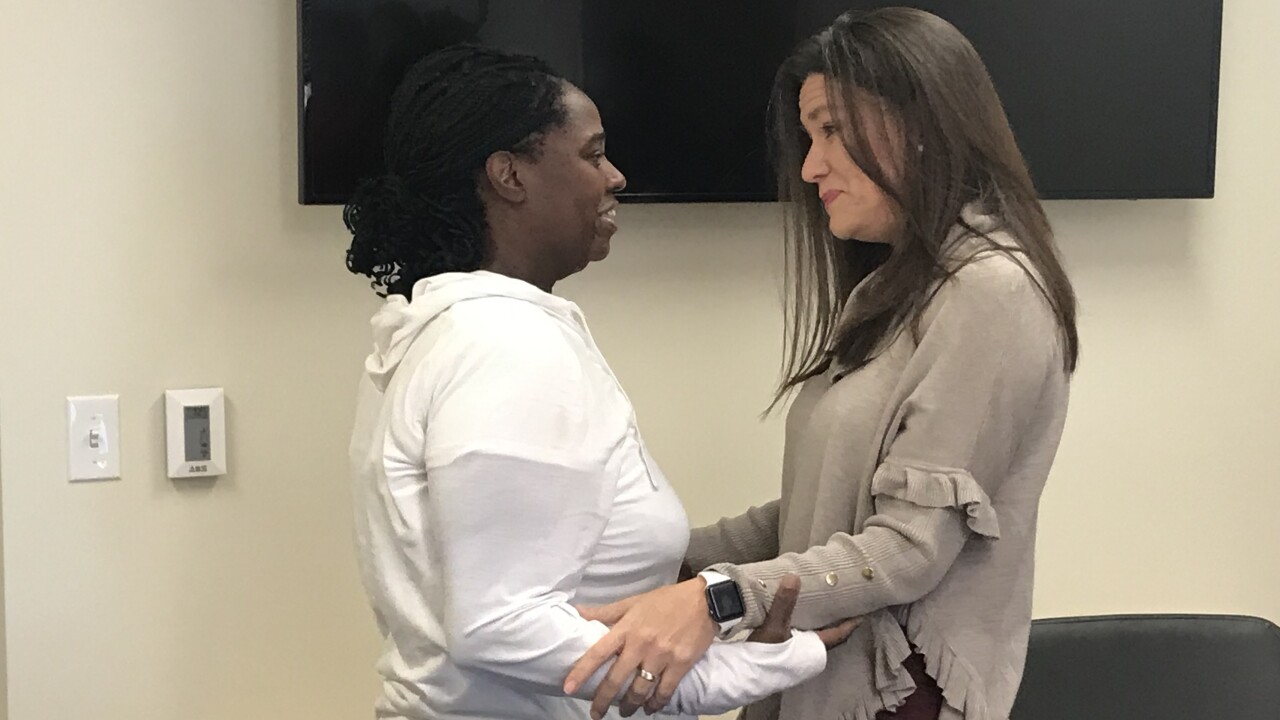 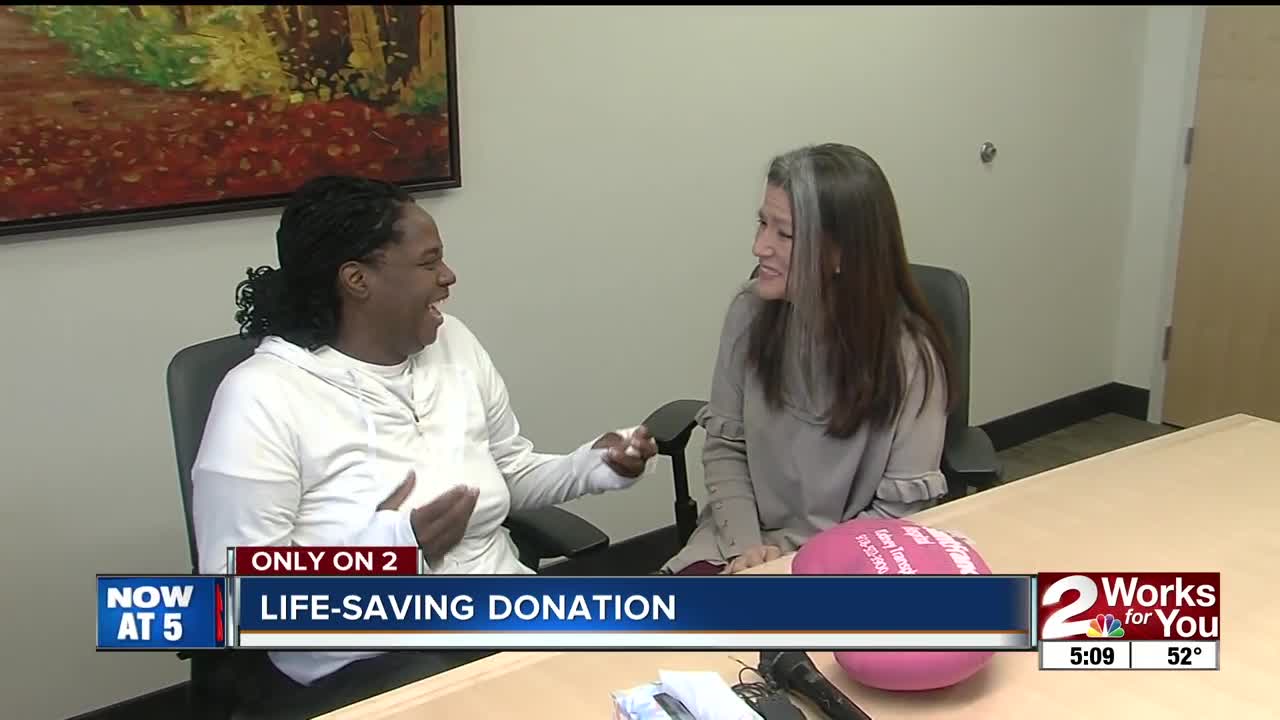 TULSA — A woman who received a kidney donation after waiting two years on the transplant list met her donor.

Taura Grayson has been doing dialysis since 2016 while praying she found a donor match.

She got the call November 19 saying she had a living person donating to her.

"I just start praising God, because I was so happy," Grayson said as she sat next to her donor. "I was so happy. I still am. I'm sorry. I just can't stop crying."

Annmarie Hayden's original plan was to donate her kidney to her co-worker at Tulsa Public Schools, Lenecia Hamilton.

She underwent testing in October but learned she was not a match.

Hayden said she woke up the next day after hearing she would not be able to help her friend and decided she still wanted to donate her kidney.

During her emotional meeting with Grayson, the donor said the Bible Verse Luke 2:11 stuck with her.

"If you have two coats, you give one away," Hayden said quoting the scripture.

Nurses at St. Francis introduced the women Thursday morning. They immediately hugged, cried and whispered encouraging words to one another.

The surgeries happened two weeks ago and both women are on the road to recovery. They talked about keeping in touch with one another moving forward. Both women said they instantly felt a connection.

Hamilton, Hayden's co-worker she originally planned to donate to, was there as well. While she is not physically connected, she said she felt a connection.

"To know all of this is happening and then it is going to happen for me, it's amazing," Hamilton said. "It's amazing. I'm ready to start living my best life."

Hamilton will receive a transplant in January.