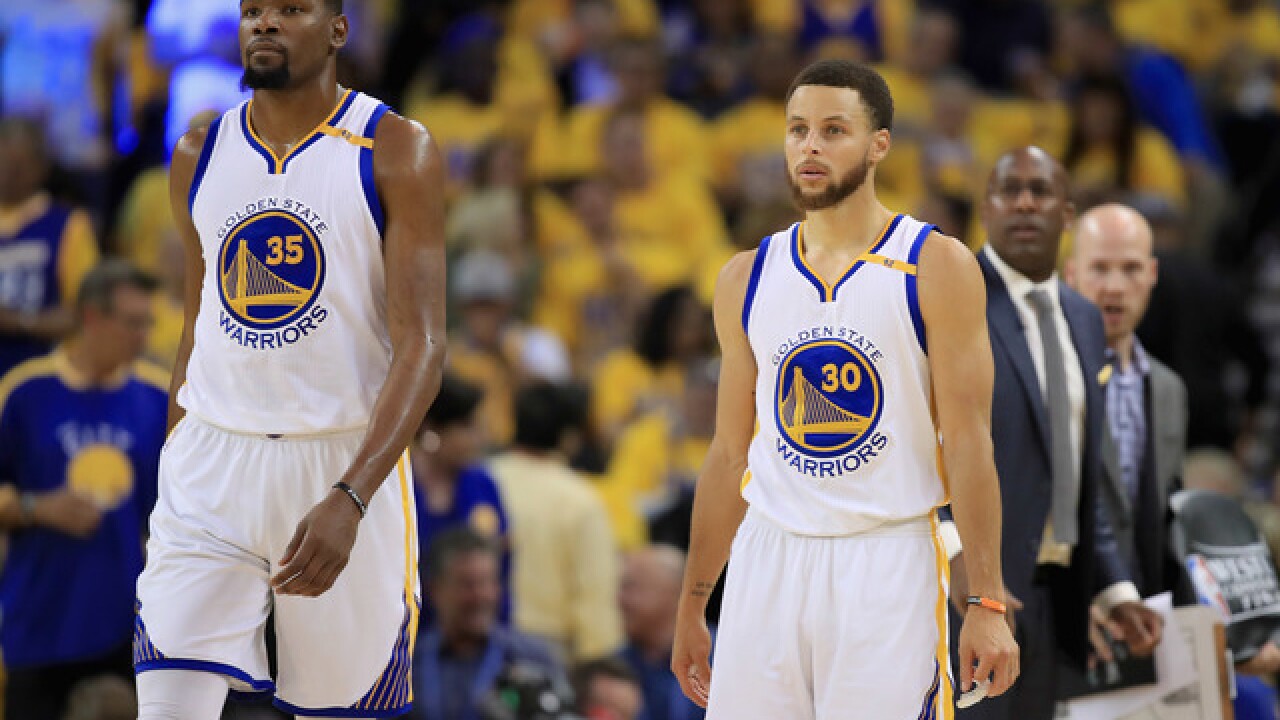 Copyright 2017 Scripps Media, Inc. All rights reserved. This material may not be published, broadcast, rewritten, or redistributed.
Ezra Shaw
<p>OAKLAND, CA - MAY 16: Kevin Durant #35 and Stephen Curry #30 of the Golden State Warriors walk back on to the court after a time out during their game against the San Antonio Spurs at ORACLE Arena on May 16, 2017 in Oakland, California. NOTE TO USER: User expressly acknowledges and agrees that, by downloading and or using this photograph, User is consenting to the terms and conditions of the Getty Images License Agreement. (Photo by Ezra Shaw/Getty Images)</p>

In an interview with The Undefeated, Durant spoke at length about his decision to leave the Oklahoma City Thunder to join the Warriors.

“I made the 100 percent correct decision, win or lose,” Durant told The Undefeated. “I feel like this is the place I was supposed to be. I appreciate everything I’ve done before this. But I’m here now, and I feel like it’s a great spot for me to be.

“This is where I am supposed to be at this point of my life. I’m taking it on and conquering every part of it. I’m enjoying every single step."

Durant helped the Warriors move to a 3-0 series lead against the San Antonio Spurs on Saturday night by scoring 33 points. The team could advance to the NBA Finals on Monday night, which would mark Durant's second trip to the Finals after the Thunder lost to the Miami Heat in 2012.

Durant also spoke about the criticism he has received for his decision to leave for the Warriors.

"I was more so confused. You can say whatever you want about my decision or who you think I am. The only thing that matters is in between the lines. I respect the game. I work hard. I came in and respect my teammates. I respect just the competitiveness of the game of basketball. That’s in between the lines. I try to play the right way and handle myself the right way. I am just confused as to why that stuff doesn’t matter more than what happens on Twitter or whatever the topic of discussion is each day. I think it takes away from what is most important: that ball and that basket, everything in between the lines."