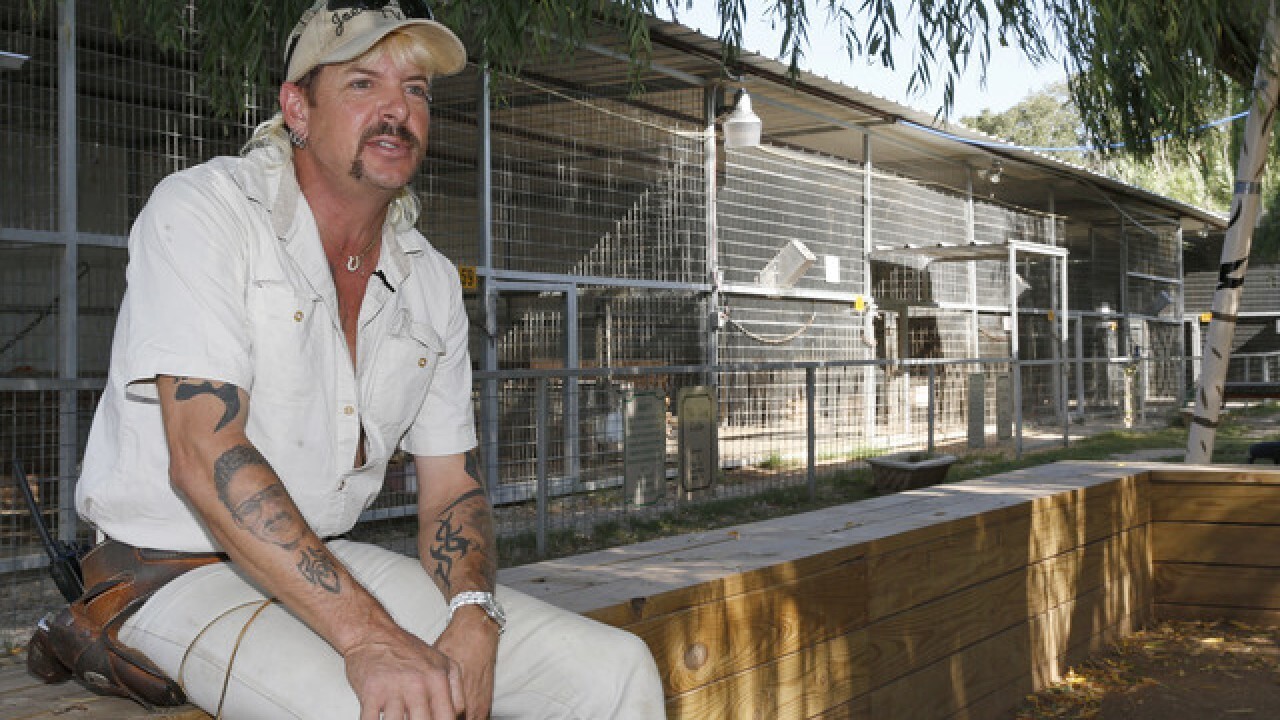 A federal jury has convicted a former Oklahoma gubernatorial candidate and zookeeper in an attempted murder-for-hire plot.

Jurors returned the guilty verdict Tuesday in the trial of 56-year-old Joseph Allen Maldonado-Passage. He was accused of trying to arrange the killing of Florida animal sanctuary founder Carole Baskin, who criticized his treatment of animals. Baskin wasn't harmed.

Maldonado-Passage, known as "Joe Exotic," was also accused of killing five tigers, and selling and offering to sell tiger cubs. He faces more than 20 years in prison.

Maldonado-Passage testified Monday that although disagreements with Baskin spilled over into his social media posts, he never truly wanted her dead.

As well as running unsuccessfully for Oklahoma governor last year as a Libertarian, Maldonado-Passage also operated a zoo in Wynnewood, Oklahoma.