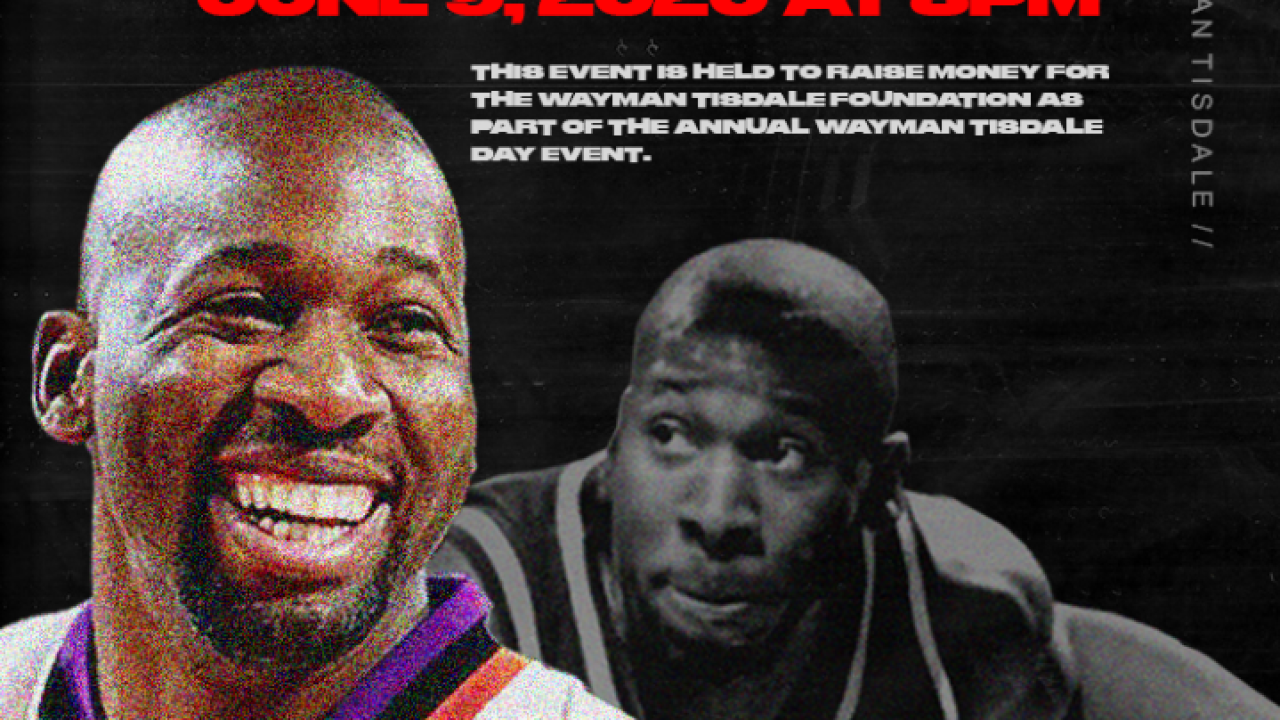 Wayman Tisdale graduated from Booker T. Washington and became a two-time All-American player at the University of Oklahoma.

Tisdale returned to Norman for one more all-American season before embarking on a 12-year career in the NBA. He played with the Indiana Pacers, Sacramento Kings and Phoenix Suns, according to ESPN.

In 2007, according to ESPN, Tisdale found a cancerous cyst about his knee, resulting in his leg being amputated. Tisdale wore a crimson prosthetic leg.

In 2009, Tisdale lost his two -year battle to cancer at the age of 44. He was survived by his wife, Regina and four children.

The foundation is dedicated to helping people live their lives to the fullest.

That means having fun, flashing a smile, and doing things “Wayman’s Way.”

The celebration will be live streamed on the Wayman Tisdale Foundation Facebook page and will include guest appearances by:

More information on the event can be found here.